WASHINGTON – The deadly winter weather that has impacted many areas of the country has set back the urgent drive to vaccinate Americans against COVID-19 — but it’s possible to catch up with a concerted effort, the White House says.  White House coronavirus adviser Andy Slavitt said Friday that the […]

WASHINGTON – The deadly winter weather that has impacted many areas of the country has set back the urgent drive to vaccinate Americans against COVID-19 — but it’s possible to catch up with a concerted effort, the White House says.

White House coronavirus adviser Andy Slavitt said Friday that the weather has led to a three-day delay in shipping vaccines, or about 6 million doses, amid a shutdown of transportation hubs and highways. But he added that the vaccine won’t spoil and is “safe and sound” in warehouses.

It was the first major setback to the Biden administration’s rollout of coronavirus vaccines just as the national vaccination campaign was hitting its stride. Slavitt said as shipments resume and scale up, vaccinators in communities across the country are going to have to work overtime to get shots into arms.

“We as an entire nation will have to pull together to get back on track,” Slavitt told reporters at the White House coronavirus briefing.

As the White House scrambled to work with states to make up “lost ground,” President Joe Biden was set to visit a Pfizer vaccine manufacturing plant near Kalamazoo, Michigan. The president’s trip itself had been pushed back a day to Friday due to wintry weather in Washington, D.C.

Biden is set to tour the plant and meet with workers who are producing one of the two federally-approved COVID-19 shots. According to the U.S. Centers for Disease Control and Prevention, the two-dose Pfizer vaccine has been administered about 30 million times since it received emergency use authorization from the Food and Drug Administration on Dec. 11. He is also scheduled to give remarks from the facility.

From Texas to New England, bad weather has forced many injection sites to close and held up shipments of needed doses. Slavitt said about 1.4 million doses were being shipped Friday and the rest of the backlog should be cleared in several days.

In addition, the government is opening up five new mass vaccination centers, one in Philadelphia, and four others in the Florida cities of Miami, Orlando, Tampa and Jacksonville.

The U.S. had administered an average of 1.7 million doses per day in the week that ended on Tuesday, evidence that the pace of the vaccination program was picking up. The magnitude of the weather’s impact was not immediately clear because of reporting lags in vaccination data maintained by the CDC, but it was expected to be significant.

FILE – A doctor prepares the Pfizer-BioNTech coronavirus vaccine for injection on Feb. 19, 2021. (Photo by Nick Potts/PA Images via Getty Images)

The Virginia Department of Health reported Thursday that it was expecting delays of about 90% of its expected 120,000 doses this week and warned that the delays could cascade into next week.

“Even if the roads are clear in Virginia, the fulfillment of orders and the movement of these vaccine and ancillary supplies may be delayed in other parts of the country,” the department said in a news release.

In North Carolina, none of the more than 163,000 first and second doses of the Moderna vaccine scheduled to arrive this week have been delivered by Biden’s administration, the state health department said. The state also noted that only a limited number of the nearly 127,000 expected Pfizer vaccines have been shipped.

Oklahoma moved to reschedule vaccine clinics to this weekend, when it expects its 110,000 doses to be delivered, aiming to make up appointments from this week.

The ripple effects extended far beyond areas experiencing winter weather. In Arizona, the bulk of the state’s anticipated shipment of Moderna doses was delayed until early next week, forcing the postponement of some vaccination appointments.

Psaki said the White House was working with shippers to speed deliveries of the vaccines once conditions improved and was encouraging states to extend hours for vaccination clinics once they reopen and to swiftly rebook postponed appointments.

“We want to make sure that as we’ve lost some time in some states for people to get needles in arms, that our partners do all they can to make up that lost ground,” said White House coronavirus coordinator Jeff Zients.

Both the Pfizer and Moderna vaccines must remain frozen during shipping, with the Pfizer shot requiring super-cold storage temperatures. The White House said it was working with shippers to ensure there was no spoilage of doses during the weather delays.

“So far this week, there hasn’t been a single vaccine that’s spoiled” due to the delays, White House Slavitt told CNN on Thursday. “We’re going to keep these vaccines safe and sound, then get them out to people and catch up just as soon as the weather allows.”

The Associated Press contributed to this report.

Fri Feb 19 , 2021
The family of Zappos co-founder Tony Hsieh is trying to offload more than 90 of the tragic multimillionaire’s Las Vegas properties — less than three months after a Connecticut house fire claimed his life and despite his desire to revitalize the downtown area. A lawyer for Hsieh’s father, Richard, and […] 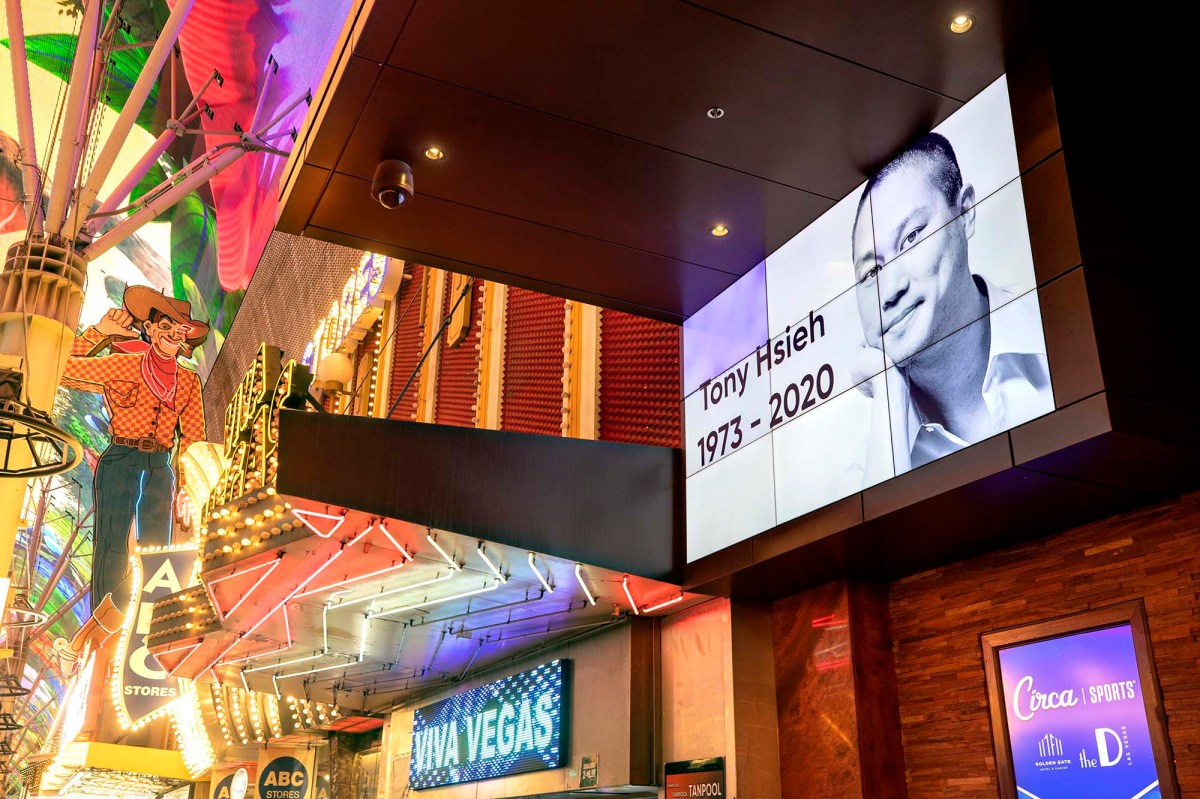