Early Thursday morning, a masked arsonist carrying two gasoline cans arrived in the Witchcraft District — a slice of Poughkeepsie, N.Y., popular with members of the Church of Satan — and went up the front steps of 27 South Clinton Street, a gothic-looking residence that looks like a set from […]

Early Thursday morning, a masked arsonist carrying two gasoline cans arrived in the Witchcraft District — a slice of Poughkeepsie, N.Y., popular with members of the Church of Satan — and went up the front steps of 27 South Clinton Street, a gothic-looking residence that looks like a set from the 1960s sitcom “The Addams Family.”

The masked figure doused the front entrance and set it ablaze.

Inside, the homeowner, Matthew Camp, 36, said he woke to see through his bedroom window his front porch in flames. He managed to escape with his roommate, Six Carter, before the house burned to a charred shell.

“It looked like a tsunami of fire roared through the house,” Mr. Camp said.

Now local Church of Satan members are mourning the loss of their main gathering place, a local landmark known variously as the Halloween House, the House of Netherworld and the Witch House.

For years, the house was owned by Joseph Mendillo, a popular local figure and a priest in the Church of Satan known as Joe Netherworld. Mr. Mendillo, a retired stage prop designer, had cultivated the house as an exotic homage to the campy filmmaker Ed Wood, who was born in Poughkeepsie.

Despite its name, the Church of Satan is not based on Devil worship, members said, but on an atheist philosophy emphasizing individualism, liberty and self-fulfillment.

Mr. Mendillo died a year ago, and Mr. Camp, a friend, said he bought the house in October to help maintain it in the same spirit.

Mr. Mendillo decorated the house with figurines of satanic witches and of the actor Vincent Price. He kept a hearse in his driveway near the garage labeled “Devil’s Garage.” One room in the house was lined with pop culture renderings of Satan.

Mr. Camp, a gay adult entertainer and social media influencer, said he had no idea who may have wanted to destroy the house and endanger his life. He left open the possibility someone had misconstrued the house as a place for Devil worship.

Mr. Camp said the arsonist was captured on a video surveillance camera on the property. “We have no idea what the motive is,” said Detective Lt. Matt Clark with the Poughkeepsie Police Department on Monday, “we’re still investigating and trying to identify the person in the video.”

One neighbor and Church of Satan member who goes by the name Isis Vermouth said the attack had unnerved her circle. “It just feels like a personal attack on us because the house was the center of our neighborhood,” she said.

Friends said Mr. Mendillo helped attract some former Manhattanites and others to move to Poughkeepsie and join the Church of Satan. He is also said to have coined the term “Witchcraft District” for an area that has also come to be known as the Haunted Hudson Valley.

It is a neighborhood where “Halloween is more a state of mind than a one-day-a-year occasion,” one neighbor, Peter H. Gilmore, said in a statement.

Mr. Gilmore, the current high priest of the Church of Satan, called Mr. Mendillo the “Dark Side Martha Stewart” and said that the first legal same-sex satanic wedding in New York State was conducted in Mr. Mendillo’s house.

The house became a social center for the local gay community, and Mr. Mendillo’s annual Winter Frolic parties attracted quirky characters from the neighborhood and from other states, Mr. Camp said.

“All these misfits would gather in the home and share stories,” said Mr. Camp, adding that it was not uncommon to walk in and see Mr. Mendillo serving a meal to a group of transgender homeless people.

The house became a favorite spot for trick-or-treaters, many of whom would come from many miles away. Mr. Mendillo would set up fog machines and animated witches. Every year, he and his costumed friends would hand out candy to trick-or-treaters.

Outside, the 120-year-old house was painted dark green with purple embellishments and copper ornamentation. Inside, the décor was “decrepit luxury” and full of Victorian furniture and kitschy décor, Mr. Camp said. There was a red ballroom, candelabras, a rotating chandelier, an Elvira pinball machine and respectable tiki cup collection.

“It wasn’t necessarily a Satanist house — it was Joe’s house,” Mr. Camp said. It was a place where Mr. Mendillo enjoyed meeting with like-minded atheists not for Devil worship but to enjoy a cocktail.

“Joe used to say, ‘I’m too gay for the Satanists and too Satanist for the gays,” Mr. Camp said.

Tue Jan 19 , 2021
ODP  (ODP) – Get Report, Office Depot’s parent, on Tuesday said it rebuffed a $2.1 billion takeover offer from Staples but suggested a possible alternative deal. Shares of ODP, the Boca Raton, Fla., parent of the office-supplies retailer, at last check were falling 1.9% to $45. Staples is held by the New […] 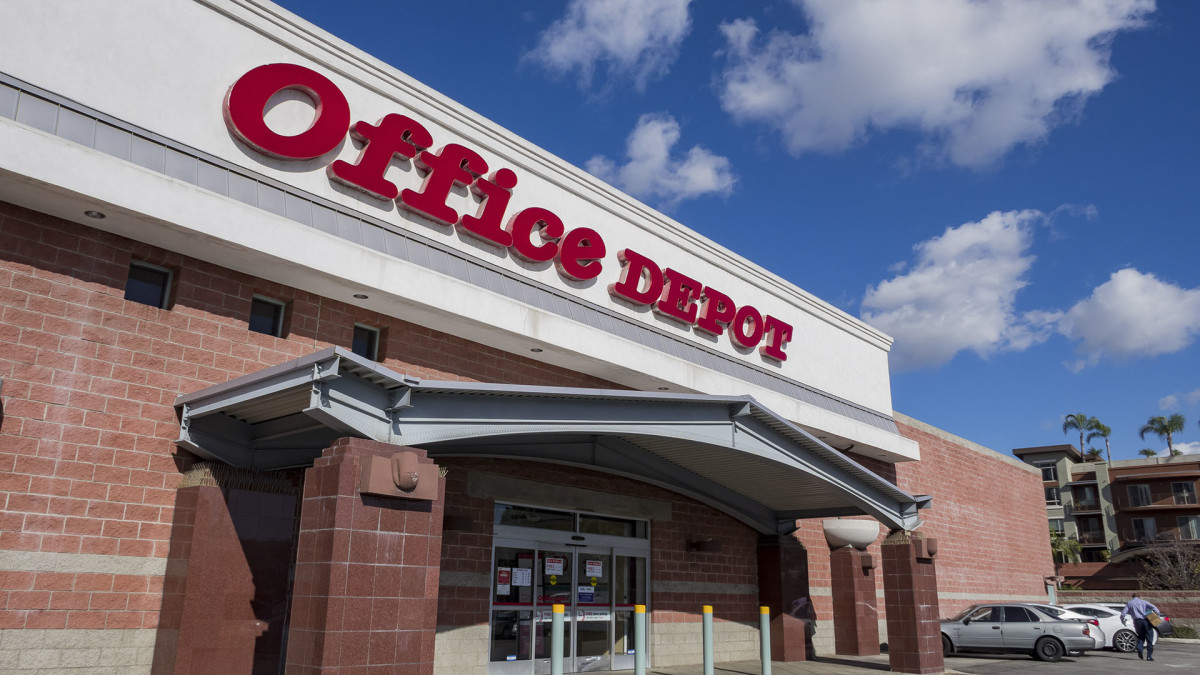