HOUSTON – Earlier this week, the House passed the George Floyd Justice in Policing Act, a victory for the Floyd family. The act would ban chokeholds, neck restraints, and “no-knock” warrants in drug cases at federal levels. It would also reform qualified immunity. “It will end racial profiling. It will […]

HOUSTON – Earlier this week, the House passed the George Floyd Justice in Policing Act, a victory for the Floyd family.

The act would ban chokeholds, neck restraints, and “no-knock” warrants in drug cases at federal levels. It would also reform qualified immunity.

“It will end racial profiling. It will provide training for the 18,000 police departments. It will ensure that there is a standard for excessive force no more and a duty to intervene,” Congresswoman Sheila Jackson Lee said.

It has been nine months since Houston native George Floyd was killed by a Minnesota police officer, and his family is still in a lot of pain.

“I can’t get my brother back. It will never be the same. I go to sleep sometimes,” said George Floyd’s brother Philonise Floyd.

“I just want to say I love you and this will embody my brother’s spirit,” said George Floyd’s sister LaTonya Floyd.

Now his family is trying to turn their pain into purpose.

“We will have change. You just have to be the change, force it and make the change,” Philonise Floyd said.

The family attorneys said the bill is a major step forward to reform the relationship between police officers and communities of color.

“The whole world is tired of marching. They are tired of the protest. They are tired. This bill will end that, and I do not say that lightly because we have been fighting this for years. We’ve been looking at bills, but this bill will change that,” one of the attorneys said.

The bill will go to the Senate, where it will need at least 10 Republican votes.

Floyd’s family said they are not giving up and will continue to fight for justice.

Sun Mar 7 , 2021
Idaho is attempting to pass legislation that would make it illegal for government entities to enforce mask mandates — something folks there are celebrating by rolling out burn barrels and having their children fan the flames with actual face coverings. The supposed state-wide protest happening Saturday is being dubbed #FreeIdaho […] 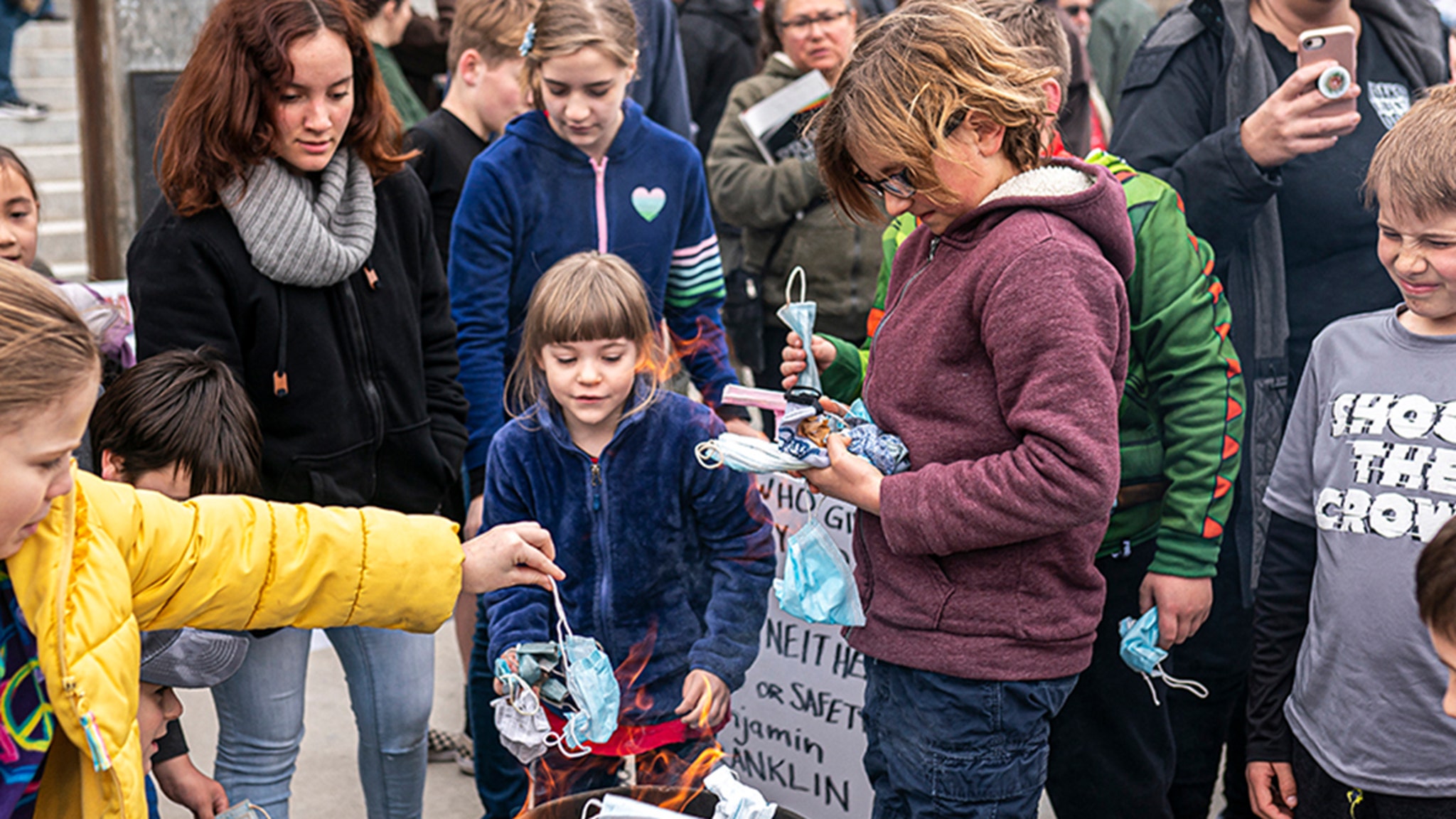