Ron Lonicki needs a kidney, and like many of the patients on the national waiting list for donor organs, he knows it could be a five- to six-year wait. But the 63-year-old Escondido man is hoping that his family will come through for him with a live donor organ sooner […]

Ron Lonicki needs a kidney, and like many of the patients on the national waiting list for donor organs, he knows it could be a five- to six-year wait.

But the 63-year-old Escondido man is hoping that his family will come through for him with a live donor organ sooner than that. With more than 500,000 family members to call on for help, he might just be in luck.

For the past 27 years, Lonicki has been a member of Kiwanis International, a service club where members call each other family. As Lonicki’s career in the gaming industry took him to cities all over the country, he donated his time and money to clubs in Wisconsin, Delaware, Maryland, Louisiana and California, and picked up many family members along the way.

Dennis Mattioli of the Kiwanis Club of Western Kenosha in Wisconsin volunteered side by side with Lonicki from 1997 to 2011 and said Lonicki was tireless in his positive spirit, community service and fundraising work.

“In 2000, the club named Ron ‘Kiwanian of the Year,’ which is given to the standout members who went over and above, spending many hours totally dedicating themselves to fundraising and helping others,” Mattioli said. “It was a pleasure to be around him. We loved the guy and were very sorry to see him go.”

Lonicki said all Kiwanians share the same dedication to helping others.

“It’s very important to me to give back to the communities where I live,” he said, adding that it’s been hard to be on the receiving end for help this past year. “My whole life is to give to others, so now I’m finally having to reach out. It’s tough for me to ask but it’s something that’s needed.”

Since last summer, he’s been out of work due to a pandemic-related layoff and he’s now running low on personal savings and time. In the past few months, his kidney function has dropped to just 8 percent. In a few weeks, he will have surgery to install a catheter as preparation for starting dialysis treatments this spring.

A Connecticut native, Lonicki has spent his career as a cage supervisor, the money-counting manager, at race tracks and casinos. He joined Kiwanis while working at the Dairyland Greyhound Park in Kenosha. When the track closed in 2009, he moved to other casino jobs around the country, joining Kiwanis clubs wherever he went. Single and with no children, Lonicki said welcoming Kiwanians in every city have always made every city his home away from home.

At the club in Western Kenosha, Mattioli said Lonicki earned perfect attendance awards six years in a row for never missing any of the club’s weekly meetings. Together, they helped raise more than $500,000 for the club’s programs, which serve children in need.

Mattioli said Lonicki helped with club operations, worked the annual fishing tournament, delivered for Meals on Wheels, gave out Christmas baskets to families in need and ran bingo games at nursing homes. In 2002, Lonicki became president of the club, and in 2004, he became lieutenant governor, overseeing a district with about 15 regional clubs.

“You have to be dedicated to do that kind of work, and that was Ron,” Mattioli said.

While working in Louisiana in 2013 and 2014, Lonicki joined the Dawn Busters Kiwanis Club of Metairie, La. Fellow member Lou Oshmann said she worked with Lonicki on multiple projects, including a reading program for grade-schoolchildren in Jefferson Parish, the annual Halloween carnival and handing out T-shirts at the local 10-kilometer race.

“He was always so sweet, gregarious and outgoing. He could talk to anybody,” Oshmann said of Lonicki. “He always had a smile on his face and just like a little Eveready bunny, he was always willing to work at whatever needed to be done. We just love him dearly.”

Lonicki said he’s lived with diabetes-related kidney disease for many years, but after a bout with double pneumonia last year, his kidney function dramatically declined. In July, he lost his job at Rolling Hills Casino north of Sacramento and he moved to Escondido, where he joined the Los Rancheros Kiwanis Club in Rancho Bernardo and participated March 27 in a charity clothing drive.

Lonicki said he hopes to find a job in one of the county’s many casinos, but health issues have kept him from being able to work. Last month, he had 17 doctor’s appointments at Scripps Green Hospital in La Jolla.

To help raise money for Lonicki until he can get back to work, fellow Kiwanian and friend Lew Matusow of Miami has launched a GoFundMe.com campaign titled “A Kiwanian in urgent need of help.” Matusow said Lonicki has done so much for others, it would be nice if the community returned the favor.

“Feeding the homeless, reading to children, stuffing and distributing backpacks to inner-city kids, taking kids on field trips … and acting as an advisor and mentor to college students are just some of acts of kindness he has done to help make the world a better place,” Matusow said.

IN YOUR CORNER: Lawsuits filed in neighborhood’s fight over muddy home damage

Wed Apr 7 , 2021
OKLAHOMA CITY (KFOR) – Muddy water flooded their homes nearly a year ago. Now, Oklahoma City neighbors out of options are filing a lawsuit against a local construction company. As contractors fight over who’s to blame, homeowners are alleging tens of thousands of dollars worth of muddy damage. IN YOUR […] 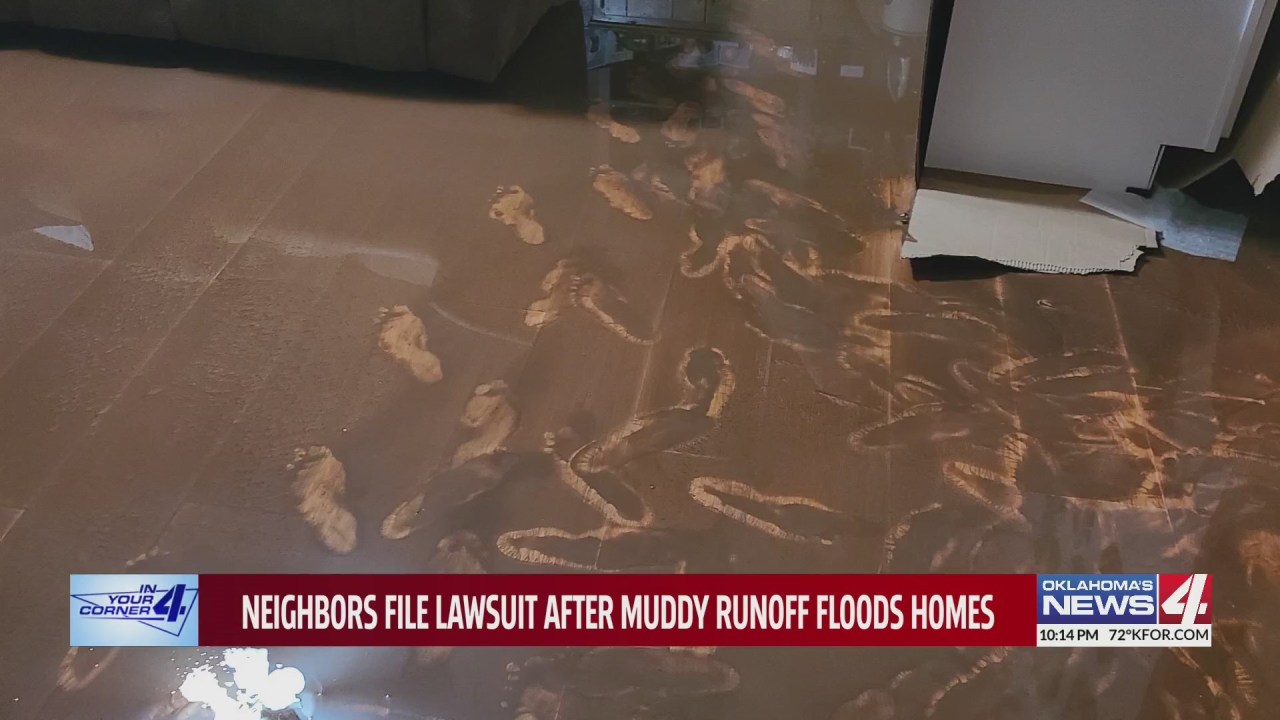