Florida state lawmakers backed away from much of their plan to gut a beloved higher education scholarship program after significant backlash from students and parents. More than 110,000 college students received the merit-based Bright Futures scholarship in 2020, but that number might have been significantly reduced after Republican state Sen. […]

Florida state lawmakers backed away from much of their plan to gut a beloved higher education scholarship program after significant backlash from students and parents.

More than 110,000 college students received the merit-based Bright Futures scholarship in 2020, but that number might have been significantly reduced after Republican state Sen. Dennis Baxley introduced Senate Bill 86. His proposal said only students going into fields he believes would yield high-paying jobs could receive the award, which pays between 75 and 100 percent of in-state tuition at public and private universities.

If passed, SB 86 would have left out students who wanted to study history, arts or English, with no money for a scholarship that has been part of Florida’s higher education system since the 1990s. Students felt like they were about to be forced to choose between scholarship money and their academic interests.

“It was devastating,” high school student Alexandro Valdez, 16, said of the proposal. “A politician was saying my dreams weren’t worth funding.”

The merit-based scholarship uses money from the state lottery and is awarded to high-achieving students based on a combination of high school credits, standardized test scores, volunteer hours and GPA thresholds. Since 1997, that state has doled out $6.8 billion in tuition to more than 2.8 million students. But the proposed cuts didn’t stop at the restrictions on majors — SB 86 also would have reduced aid given to students who had already taken college or Advanced Placement courses in high school, and would have reduced the amount awarded to those who had certain other scholarships.

Valdez was not alone in his ire. Students, parents, arts groups and others said SB 86 would ruin a program that makes in some cases, out of reach educational opportunities available to the state’s best students. Students currently in the program said they were blindsided, as did high schoolers who had been planning their entire secondary education around the scholarship.

“If our education is being messed with, our thoughts and input should be in consideration,” Valdez said.

He and a group of teenagers from Orlando and Tallahassee jumped into action. They created a website, “Save Bright Futures” that provided information on what was happening and how they could help. Annotating the bill to make it accessible to a broader audience, they laid out the ramifications and encouraged fellow Floridians to sign petitions, call representatives, and go to the Senate hearings and testify.

Kaylee Duong, 18, who helped organize the Save Bright Futures campaign, said the proposed changes put her in a tough spot. A senior, Duong is currently trying to decide where to go to college. Both her older brothers were recipients of the scholarship and as she went through middle and high school, her family made sure she was getting all the requirements in place so she could receive it too. SB 86 made Duong more seriously consider out-of-state colleges, where she thought her financial aid might be more stable.

“It’s safe to say if this wasn’t happening, it would be a much easier choice and I would probably attend in-state,” she said. Not lost on Duong is part of the point of Bright Futures is to prevent brain drain and keep the state’s smartest students home.

One of Duong’s fellow organizers, Lorenzo Urayan, who wants to go to art school, grew concerned he wouldn’t be able to afford college unless he studied something state legislators deemed more “practical” under the proposed changes.

“I think both STEM and the humanities are important,” Urayan, 17, said. “It’s not fair for politicians to decide what you should study.”

Duong and Urayan were not alone in their outrage. In his letter to fellow state senators in March announcing the withdrawal of some of the most controversial changes, Baxley wrote “We have awakened a giant.”

While Baxley’s withdrawal of his revisions was a major win for students fighting to save the scholarship, advocates and other lawmakers said the fight is ongoing.

“It’s still not a good bill,” said Rep. Anna Eskamani, a Democrat who was a recipient of the Bright Futures scholarship when she was in college.

Some lawmakers in the House are now proposing a cut to the textbook stipend in the scholarship, which would save $37 million.

“Big changes are off the table for now,” Eskamani said, “but students who need that textbook stipend deserve that access.”

The program itself isn’t perfect either. Black students make up more than 21 percent of Florida’s K-12 student population, but only 6 percent of Bright Futures recipients are Black. And while white students compromise 36 percent of total students, they have amounted to more than half of the scholarship’s recipients every year since the program’s inception.

Scholars have found that state-provided merit aid can often give money to already-advantaged students, and is not focused on improving access for underprivileged students, said Justin Ortagus, director of the Institute of Higher Education at the University of Florida’s College of Education.

Ortagus, who was a recipient of the scholarship himself, said that doesn’t mean merit aid programs aren’t successful at their intended purpose.

“We have to be honest about what we are prioritizing, and merit aid is not the mechanism to close equity gaps,” he said. A program like Bright Futures “makes a lot of sense for the state” because its goals are to keep the state’s best and brightest at home so they can contribute to the local economy and increase the prestige of local institutions, Ortagus said.

While the program doesn’t explicitly aim to help low-income students, it does end up helping many, including Ortagus, who grew up low-income and went to the school where he now teaches with 100 percent of his tuition covered.

SB 86, he suspects, would have only exacerbated inequality that is already endemic to many merit aid programs.

The students who helped fight to save the scholarship said they know it’s not perfect, and that the experience successfully lobbying the state Legislature to save Bright Futures has emboldened them to continue fighting for more equitable higher education in Florida

“Bright futures has always disproportionately had less Black and brown recipients because of the SAT requirement,” said Thomas Truong, an 16-year-old organizer with Save Bright Futures. “What this would have done is restrict it even more for minorities.”

“We want education to be accessible to everyone,” he said. Now, he now feels like he can be a voice in making that happen.

Is It OK to Book a Summer Vacation with Your Unvaccinated Kids? We Asked a Pediatrician

Wed Apr 7 , 2021
Good news for anyone who’s vaccinated: The C.D.C. confirmed that vaccinated Americans are free to travel “at low-risk to themselves.” But here’s the million dollar question: For parents, who are still patiently waiting for a vaccine to be made available to kids 16 and under, is it safe to book […] 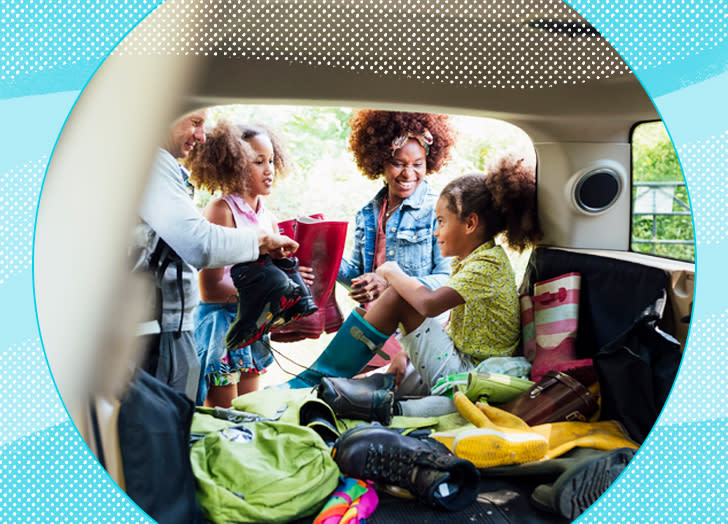