During a 2 1/2-hour debate in the Georgia House, state Rep. Kimberly Alexander said the bill would lead to voter suppression by creating hurdles to casting a ballot. “Republicans in the Georgia General Assembly are trying to change the rules of the election here in Georgia, rules that you wrote, […]

During a 2 1/2-hour debate in the Georgia House, state Rep. Kimberly Alexander said the bill would lead to voter suppression by creating hurdles to casting a ballot.

“Republicans in the Georgia General Assembly are trying to change the rules of the election here in Georgia, rules that you wrote, because you were handed defeat,” said Alexander, a Democrat from Hiram. “You know that your only chance of winning future elections is to prevent Georgians from having their votes counted and their voices heard.”

But Republican legislators said their proposals will build voters’ trust in elections after it was shaken by members of their own political party. Their policies would put new limits on absentee voting, used by a record 1.3 million Georgians in the presidential election, two-thirds of whom voted for Democrat Joe Biden.

Legislative Republicans who supported Trump’s claims have not contested the results of their own General Assembly elections.

“Our goal in this bill is to make sure that Georgia’s election results get back quickly and accurately,” said state Rep. Barry Fleming, R-Harlem. “The way we begin to restore confidence in our voting system is by passing this bill. There are many commonsense measures improving elections in this bill.”

Other backers of the bill said it would help prevent the possibility of fraud and create consistency across the state in voting access and funding.

Protesters waved signs and chanted “no voter suppression” at the Capitol on Monday, making their voices heard as legislators prepared to vote. A previous protest on Friday led to a confrontation when an officer grabbed Democratic state Rep. Park Cannon’s arm after she stood in front of an officer’s bullhorn.

“This bill is going against all the accessibility that makes voting possible by removing absentee and early voting hours,” said Regine Shabazz, an Atlanta resident protesting at Liberty Plaza outside the Capitol.

Limits on absentee voting will harm the poor and those without transportation to polling places, said Melissa McCollum of Gainesville who was in the group of protesters.

“We have proven again and again that our election was fair and not compromised, so why are they trying to reduce voting rights? I don’t get it,” McCollum said.

Lawmakers in 43 states are considering over 250 bills that would create impediments to voting, especially on voters who chose to cast absentee ballots during the coronavirus pandemic, according to the Brennan Center for Justice, a policy institute at New York University. Dozens of election bills are pending in Georgia.

The measure that passed the Georgia House on Monday, House Bill 531, would limit ballot drop boxes to locations inside early voting locations, reduce “Souls to the Polls” voting events to one Sunday during early voting, and require voters to provide a driver’s license number, state ID number or copy of photo ID to request absentee ballots.

In addition, the measure would set a deadline for requesting absentee ballots 11 days before election day, ban organizations from distributing grants to help fund elections and prohibit distributing food and drink to voters waiting in line.

Later Monday afternoon, the Senate Ethics Committee voted to curtail absentee voting. Georgia has allowed any registered voter to cast an absentee ballot since 2005, making it one of 34 states that don’t require an excuse to vote from home, according to the National Conference of State Legislatures.

Under Senate Bill 241, absentee ballots would only be available to voters who are 65 or over, have a physical disability or are out of town.

All bills must pass their first chamber — either the House or the Senate — by next Monday, a deadline set by the General Assembly. Then they’d continue to be debated and voted on until this year’s legislative session ends March 31.

What’s next: The state Senate will consider HB 531 along with its own legislation, including proposals to end automatic voter registration and no-excuse absentee voting.

Biden to allow migrant families separated under Trump to reunite in the U.S.

Tue Mar 2 , 2021
More than 5,500 families were separated under the Trump administration, and Biden entered office with the parents of more than 600 children still having not been located. So far, the task force has made headway in reuniting those families. Mayorkas said approximately 105 families have been recently reunited. ACLU Executive […] 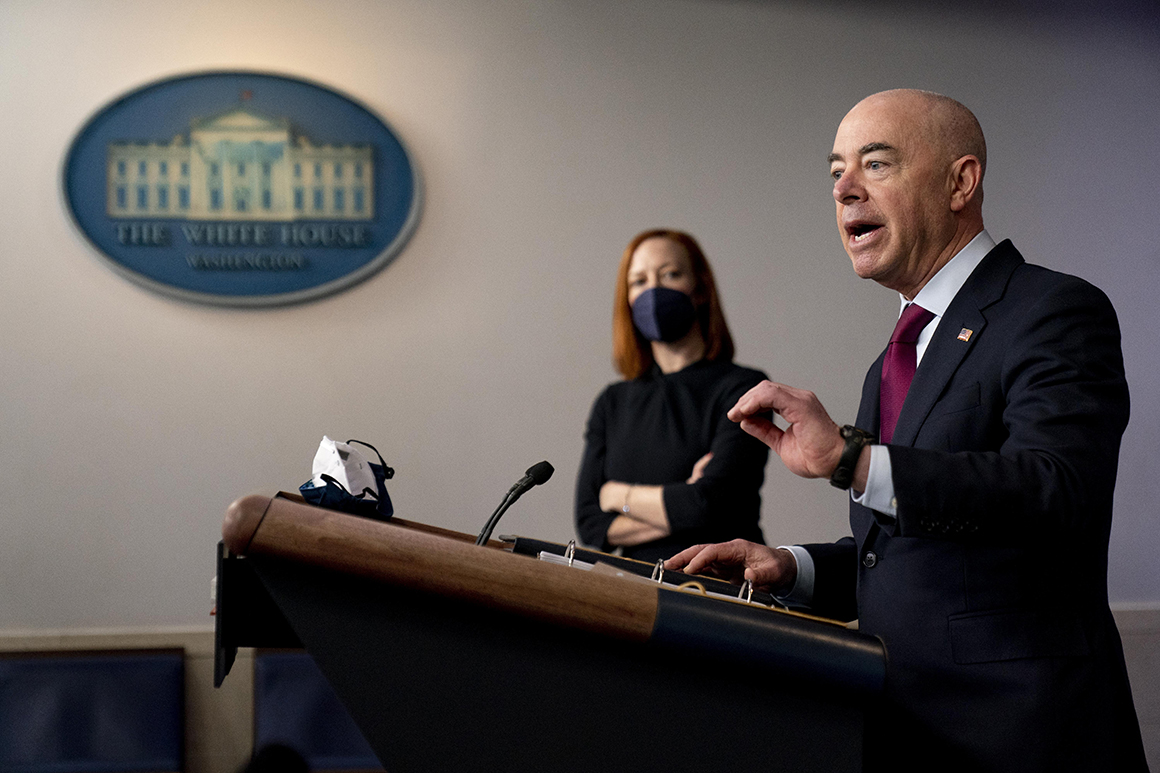