Very seldom does any one individual have the type of golden opportunity that recently elected Illinois House Speaker Chris Welch has been presented. The story is stale now as to how the longest serving speaker in the history of the United States, Michael Madigan, lost his grip on the gavel […]

Very seldom does any one individual have the type of golden opportunity that recently elected Illinois House Speaker Chris Welch has been presented.

The story is stale now as to how the longest serving speaker in the history of the United States, Michael Madigan, lost his grip on the gavel here in Illinois. Madigan has been a member of the Illinois House since 1971, and for all but two years since 1983, the 78-year-old was speaker of the Illinois House. In 1995-96, Republican Lee Daniels managed to wrestle the gavel away.

It was during those two years of GOP control that the House adopted rules which provided the speaker with immeasurable power. In fact, House rules passed during the two years that Madigan was not speaker started the slide to what has become almost one-person rule. It was a slippery slope resulting in democracy being replaced with autocratic rule.

During the time I was a member of the Illinois House, I watched as these rules stymied attempts by legislators of both parties from moving proposals forward. Currently, House rules provide the speaker with the authority to assign a majority of committee seats to members of the majority party. Committee members then serve at the pleasure of the speaker and can be removed or substituted at any time.

So far, Welch has talked like someone who is open to changing some House rules. I hope so. All too often when all is said and done, there is more said than done. This opportunity is critical and too rare for mere lip service.

Changing the rule regarding discharging proposals from Rules Committee would be a good start. I am not suggesting that every bill should be sent to the House floor for consideration. There are thousands of bills filed every year and there is no way all of these proposals could be heard. However, a rule could be adopted allowing for any measure that has enough co-sponsors to be discharged to either the House floor or standing committee. If a majority of the House members (60) co-sponsored a bill, it would go to the House floor. The proposal would be released to a standing committee if a reasonable number of House members (40) co-sponsored the proposal.

How about a rule change that requires the final version of the Illinois budget to be on display for at least 72 hours? I was a school superintendent for 17 years and our local school district’s budget was required to be on display for 30 days. Further, any proposal, in a final form should be held for at least 24 hours before a final vote. Amendments that are hundreds of pages long are filed on bills and dumped on the desk (laptop) of lawmakers to vote on without proper time to study the final version. Even worse is that citizens represented by the lawmaker do not have time to contact their elected officials to weigh in. Unintended consequences could be avoided if more time were taken to study final versions.

These are just two examples of potential changes. There are many more rule changes which would turn Illinois around and restore confidence in our state government. You might want to let Speaker Welch know your thoughts. Contact information is located at www.ilga under House members. Let’s not miss this golden opportunity.

Roger Eddy is a retired member of the Illinois House and served on the Special Investigative Committee on the impeachment of Rod Blagojevich. He served the 109th District as a Republican from 2003 to 2012. Before entering politics, Eddy was principal at Watseka Community High School from 1991 to 1996.

Family of Zemault Sr. left with more questions than answers

Mon Feb 8 , 2021
Family members of Darrell Zemault Sr. – a Black man who was killed on Sept. 15 in a fatal police confrontation – said they are left with more questions than answers after viewing the body camera footage last weekend. Zemault’s daughter Susie and Celeste Brown, Zemault’s goddaughter and organizer with […] 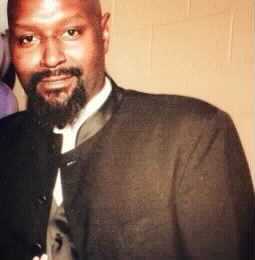