Washington — The House is poised to take up the $1.9 trillion coronavirus relief package passed by the Senate, teeing up the aid measure for President Biden’s signature in the coming days.  The sweeping legislation, known as the American Rescue Plan, made its way across the U.S. Capitol to the […]

Washington — The House is poised to take up the $1.9 trillion coronavirus relief package passed by the Senate, teeing up the aid measure for President Biden’s signature in the coming days.

The sweeping legislation, known as the American Rescue Plan, made its way across the U.S. Capitol to the House on Tuesday morning following the Senate’s approval of the package on Saturday, a spokesman for Senate Majority Leader Chuck Schumer confirmed on Twitter.

The bill passed a procedural vote on Tuesday by a vote of 219-210, clearing the way for a final vote that is expected Wednesday morning. Congressman Jared Golden, who voted against the original version of the bill, was the lone Democrat to vote no on Tuesday. The other Democrat who voted against the first version, Congressman Kurt Schrader, tweeted on Monday that the changes in the Senate bill were sufficient for him to switch his vote to yes.

Mr. Biden would then have the measure on his desk before key unemployment programs expire March 14.

“In the 33 years that I have been in Congress and up until now, the Affordable Care Act has been the most consequential legislation that I have been a part of. This is definitely on a par with that if not to exceed it in terms of its impact on many more poor people in our country,” House Speaker Nancy Pelosi said Tuesday.

Approval of the rescue plan by Congress has been the singular focus of Mr. Biden’s legislative agenda since he assumed office in January. A version of the $1.9 trillion package was passed by the House last week, though the Senate amended the plan, and it passed 50-49 along party lines. The lower chamber will now take up the Senate’s amended version.

Congress used the budget reconciliation process to pass the measure, which allowed the aid package to pass the Senate with a simple-majority vote after a grueling 24 hours of voting that was nearly derailed by disagreements over unemployment insurance benefits.

The COVID-19 relief package provides $1,400 direct payments to individuals making up to $75,000 annually, $350 billion in aid to state and local governments — a sticking point in past negotiations between Republicans and Democrats — and $14 billion for vaccine distribution. The measure also includes an additional $300 in weekly jobless benefits through September and a child allowance of up to $3,600 per family.

White House press secretary Jen Psaki told reporters many Americans will receive their checks by the end of the month.

The House-passed version included a provision raising the federal minimum wage to $15 an hour, but it was stripped out in the Senate after the parliamentarian ruled it did not comport with the rules governing the reconciliation process. Senator Bernie Sanders introduced an amendment to the final bill raising the minimum wage to $15 an hour by 2025, but his measure failed in a 42-58 vote.

While polling shows the American Rescue Plan is popular with the American people, it is expected to pass both chambers largely along party lines, as Republicans take issue with the size of the package and Democrats’ decision to use the reconciliation process to usher it through Congress without Republican backing. Mr. Biden pledged unity and to work across the aisle when he took office, and the GOP argues that approving the $1.9 trillion coronavirus relief plan without their support undercuts that promise.

Still, the president on Saturday called the plan “historic” and said it will provide much-needed relief to struggling Americans as the coronavirus crisis continues.

The relief package is the seventh from Congress in response to the ongoing pandemic. Pelosi did not say whether this will be the final COVID-specific aid package lawmakers would vote on.

“You’re going to have to ask the virus. If it stops mutating, if it stops spreading and therefore mutating, then this will be,” she said. “It’s not anything anybody can predict, it’s just a question of the science. We will have legislation to address it for as long as it’s there.”

Wed Mar 10 , 2021
Katy Meza knows full well the pain distance learning is causing her son Matthew. The third-grader struggles with isolation, gets frustrated sitting in front of the computer for hours and is stalling academically. Still, Meza says she’s not prepared for him to return any time soon to in-person schooling at […] 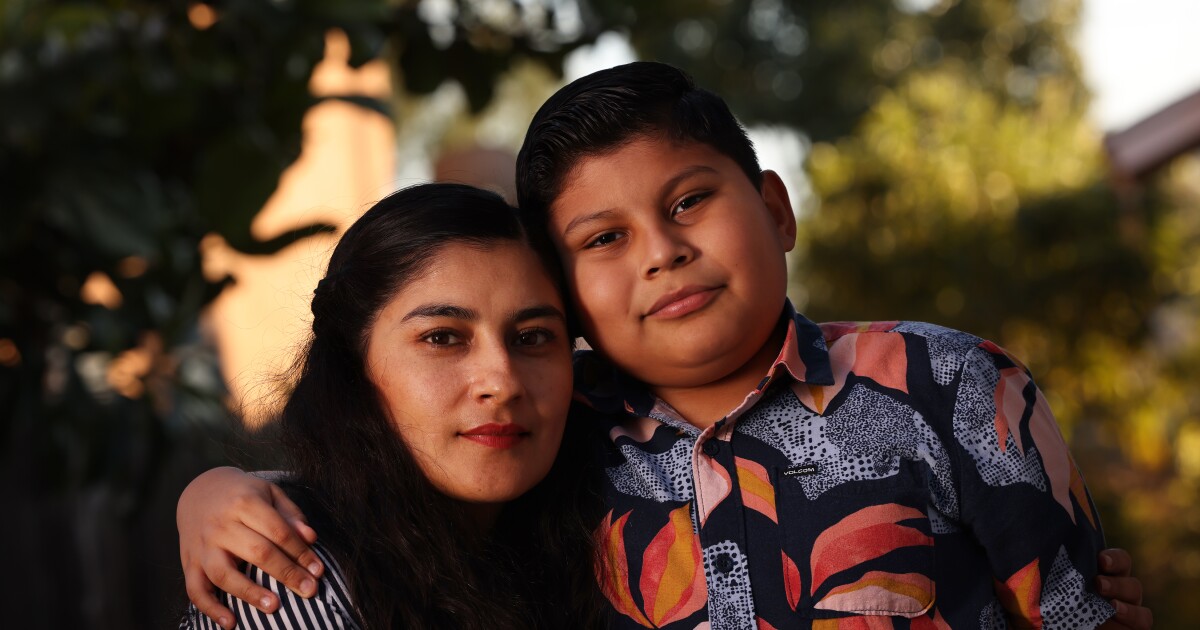