Dubbed the American Rescue Plan, the package authorizes $1,400 checks to millions of low- and middle-income Americans, bolsters families by providing new child tax benefits, boosts unemployment payments for workers still out of a job and authorizes a wide array of additional programs in an attempt to shepherd a swift, […]

Dubbed the American Rescue Plan, the package authorizes $1,400 checks to millions of low- and middle-income Americans, bolsters families by providing new child tax benefits, boosts unemployment payments for workers still out of a job and authorizes a wide array of additional programs in an attempt to shepherd a swift, equal recovery to one of the worst economic crises in a generation.

Not a single Republican voted for the bill, including an earlier version that cleared the House in February, nor the one passed by the Senate on Saturday. To woo centrist Democratic lawmakers, the party’s Senate leaders proffered a series of late changes that removed from the House-passed version an increase to the federal minimum wage, while lessoning the amount of enhanced weekly benefits for workers still collecting unemployment.

The alterations initially appeared to frustrate more left-leaning lawmakers in the Democratic caucus, creating the potential for friction in the House, where Democrats only have five votes to spare. But progressive leaders appeared to bless the measure anyway, with Rep. Pramila Jayapal (D-Wash.), the chief of the Congressional Progressive Caucus, saying in a statement Saturday it is “exactly what economists say is needed to jump-start our economy and the labor market.”

“Importantly, despite the fact that we believe any weakening of the House provisions were bad policy and bad politics, the reality is that the final amendments were relatively minor concessions,” she said.

With House Democrats eyeing a vote Tuesday, the timeline puts Congress on track to adopt the stimulus before millions of Americans are set to lose unemployment benefits on March 14. Swift passage this week also opens the door for the U.S. government to start sending one-time payments to families this month, Biden said over the weekend. The president is set to appear at a veterans medical center Monday in what is shaping up to be a week of coronavirus-related events.

Treasury Secretary Janet Yellen, meanwhile, stressed the need to avoid “permanent scarring” in the economy from the pandemic. Speaking with the IMF managing director Kristalina Georgieva for International Women’s Day, she said the concern is particularly acute at a time when women are dropping out of the labor force in high numbers as schools close.

“I really hope by next year — I think there’s a prospect with an all-out effort on vaccination and reopening schools that we can really get the labor market back on track this year or next year to avoid what we had after the financial crisis, which was almost a decade before the economy ever got back to full employment,” Yellen said. “We don’t want to see that this time.”

Mon Mar 8 , 2021
MUNCIE, Ind. — Delaware County is home to a new Family Resource Center, which will provide a variety of services, from non-perishable meal kits to peer recovery coaches, with the goal of strengthening local families. Located at 905 S. Walnut St., the center is a collaboration involving various community partners, including Future Choices, Ross […] 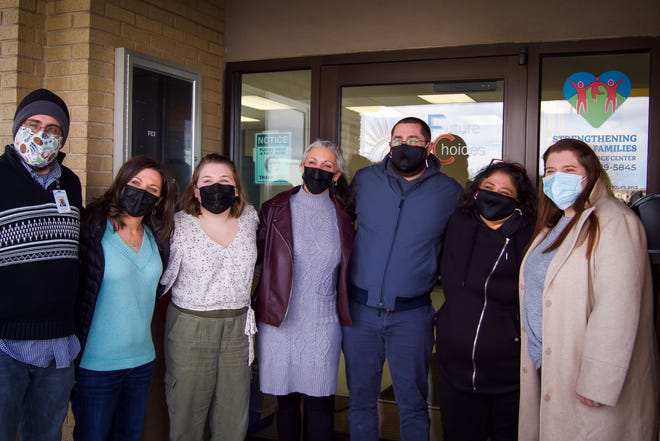