Emmy award-winning news anchor Andrea Morehead is suing the parent company of WTHR-TV Channel 13 after alleging that employees at the news station harassed and discriminated against her during her battle with breast cancer.  In a complaint against WTHR-TV’s parent company Tegna, Inc. filed in Indiana federal court on Jan. 13, […]

Emmy award-winning news anchor Andrea Morehead is suing the parent company of WTHR-TV Channel 13 after alleging that employees at the news station harassed and discriminated against her during her battle with breast cancer.

In a complaint against WTHR-TV’s parent company Tegna, Inc. filed in Indiana federal court on Jan. 13, Morehead’s lawyer Terrance Kinnard alleges that her teammates bet money on whether or not she would be coming back to work after she went through radiation and immunotherapy treatments.

“Such conversations were a frequent occurrence within Andrea Morehead’s work environment and were clearly poking fun at Andrea Morehead’s unfortunate cancer diagnosis and the treatment she was receiving,” Kinnard wrote in the complaint.

IndyStar has reached out via email to request comment from the other WTHR employees mentioned by name in the lawsuit. IndyStar has also reached out to Morehead and her lawyer requesting comment.

Kinnard added that Morehead’s reporting and story ideas were “put off or disregarded completely” by WTHR management even though her colleagues continued to see their story ideas approved and broadcast.

Management made it “cumbersome” for Morehead to request workplace and schedule adjustments at times when the side effects of cancer treatment became debilitating, Kinnard alleges.

When presented with these requests her bosses would ask for additional medical documentation from doctors and share the details of her cancer diagnosis with other employees, which was information she didn’t intend to share, according to the complaint.

You may want to read:Upcoming AMP food hall at 16 Tech to feature pizza, pastries and PB&J

“As a direct and proximate result of TEGNA’s unlawful and discriminatory actions, Andrea Morehead suffered, and continues to suffer, damages including to but not limited to loss of income and benefits, embarrassment, humiliation, damage to her personal and professional reputation, and emotional distress,” wrote Kinnard in the complaint.

According to the lawsuit, Tegna, Inc. fired Morehead after she submitted a formal complaint about the discriminatory behavior she was experiencing to the Equal Employment Opportunity Commission, a federal agency. Morehead is not listed as a team member at WTHR’s website, and a search engine link to her biography page at the WTHR website brings up a 404 error when clicked.

Morehead is requesting that Tegna, Inc. pay lost wages and benefits, compensatory and punitive damages, attorney’s fees, and other relief. The complaint doesn’t mention how much money she is asking for from the Virginia-based broadcasting giant.

Call IndyStar courts reporter Johnny Magdaleno at 317-273-3188 or email him at [email protected] Follow him on Twitter @IndyStarJohnny. 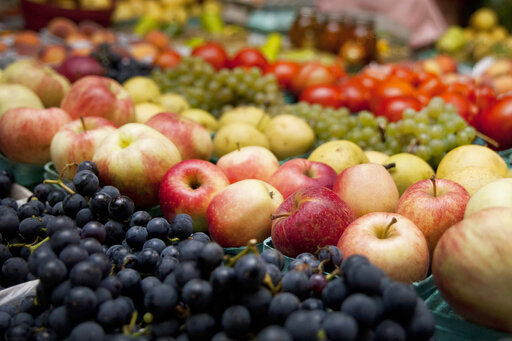