The GOP steering panel can remove Republican House members from their committee posts, but two officials with direct knowledge of the meeting told CNN that the committee did not make a decision as of Tuesday night. McCarthy asked if Greene would apologize for her past comments and views, which she […]

The GOP steering panel can remove Republican House members from their committee posts, but two officials with direct knowledge of the meeting told CNN that the committee did not make a decision as of Tuesday night.

McCarthy asked if Greene would apologize for her past comments and views, which she did not agree to, a person with knowledge of the matter tells CNN. Another person familiar with their conversation also said that McCarthy provided a slew of options to her, including that she could show remorse and apologize.

McCarthy and the steering committee also discussed other options, including forcing her off just the Education Committee but letting her stay on the Budget Committee, according to a person with knowledge of the talks. But it’s not clear that Democrats would be OK with that, especially if she doesn’t apologize.

Officials said the Steering Committee will meet again Wednesday to see if they can come to a decision. Greene did not meet with the panel.

In relaying how the meeting with Greene went, the officials said that McCarthy gave no indication that Greene showed any remorse or contrition for her comments. While there’s a belief among GOP members that she should be off her two committees, there’s a concern about punishing members for things they did before winning their elections.

Asked if a decision has been made among Republican leadership about what to do about Greene, House Minority Whip Steve Scalise told CNN, “No, we’re going to be working through some things.”

From comments questioning whether the Parkland school shooting was a “false flag” to her doubts that a plane really hit a Pentagon on September 11, 2001, to CNN’s reporting last week on her indicated support for executing prominent Democrats before running for Congress, many Republican senators are saying enough is enough.

Republicans are at a crossroads in the House, as Democrats threaten to act, and GOP members of Congress “are going to have to decide who they want to be,” a top GOP senator said on Tuesday.

One Republican member close to the process said Greene’s refusal to apologize for her past comments is making situation untenable.

“If she doesn’t apologize for the crazy things, and say she doesn’t really believe them, then how do we not remove her?” the person said.

Greene is meeting with McCarthy, but it’s not clear if he will take steps to remove her from her committees or merely have a discussion with her. In the meantime, Democrats have pledged to move a resolution that would strip Greene of her committees if McCarthy does not act. The resolution will go before the House Rules Committee on Wednesday. It is unclear when it would come to the floor in the absence of action by McCarthy.

GOP senators piled on Greene on Tuesday after Senate Minority Leader Mitch McConnell issued a rare and strong rebuke against the controversial Georgia lawmaker, saying Monday that “looney lies and conspiracy theories” are a “cancer” to the GOP. At the same time — House Democrats have called for Greene to be stripped of her committee assignments.

McCarthy will try to cut a deal with House Majority Leader Steny Hoyer, a Maryland Democrat, to head off a possible floor vote on removing Greene from her committee assignments, according to a person with direct knowledge of the matter. It’s unclear if Democrats will agree to allowing her to leave the Education Committee and stay on the Budget panel, which is one option the GOP is floating.

One Republican senator went as far to say Tuesday that he’d have a “hard time” supporting Greene staying on the House Education and Labor Committee after she sided with the notion that the 2018 Parkland massacre was a “false flag” operation.

“Personally I’d have a hard time supporting, for example, her positions on the school shootings being staged and being on the Education Committee,” North Dakota Republican Sen. Kevin Cramer told CNN. “Real authority has moral authority.”

“I think our party has to make it very clear that she does not represent us in any way,” said Republican Utah Sen. Mitt Romney. “Our big tent is not large enough to both accommodate conservatives and kooks.”

Greene responded to some of the criticism on Tuesday afternoon on Twitter.

“Too bad a few Republican Senators are obsessing over me, instead of preparing to defend President Trump from the rabid radical left,” she wrote. “Focus on ending the witch hunt. Do your job!”

Florida’s two Republican senators blasted Greene for agreeing on social media with a conspiracy theory that the Parkland shooting at Marjory Stoneman Douglas High School in 2018 that killed 17 people was fake, or staged.

Anyone who argues the shooting was a false flag is “either deranged or a sadist,” Sen. Marco Rubio said.

“I was there right after the shooting. I met with the families and went to the funerals. … I still stay close to those families,” Scott said.

Several GOP senators raised serious concerns about the kinds of conspiracy theories Greene peddled as dangerous for the future of the GOP and the country.

How House Republican leaders end up deciding to deal with Greene will also “have an impact” on how people see the Republican party as a whole, Cramer said.

“I don’t think very many Republicans at all would adhere to her philosophy, but the tent can only be so big. … There has to be … some sort of guardrails. I’m not in the House, I’m not a part of that leadership, but how they deal with her will have an impact on how people see the party, for sure,” Cramer said when asked about ramifications for the party if the House GOP doesn’t act.

Still some senators declined to weigh in on Greene. Sen. Roy Blunt, a Republican in leadership who is up for reelection in Missouri in 2022, said that he would let the House decide how to handle Greene.

“I don’t know enough about her,” Grassley told CNN. “There’s 435 members in the House. I have a hard time keeping track of what 100 senators are doing. So, you’ll have to ask somebody that’s followed it better than I have.”

When CNN began to read off a comment of Greene’s, he cut in saying, “I don’t want to comment on your interpretation of her comments. I want to hear what she said.”

Republican Sen. Lindsey Graham, who remains a close ally of former President Donald Trump, would not condemn Greene on Tuesday, arguing before he can judge, he wants to “know what the facts are.”

Graham suggested, without any evidence of the contrary, that he wants to make sure the postings on social media of Greene’s, that are under scrutiny, are accurate and haven’t been “manipulated.”

When a reporter followed up that several of the congresswoman’s comments are on video, Graham replied: “She’ll have to tell me is it accurate,” adding that he hasn’t seen the video.

The South Carolina Republican also said he’d like to hear from her directly on “what’s accurate, what’s not. What position do you have today? And if your position is different today, why?”

This story and headline have been updated with additional developments Wednesday.

Family of Air Force vet who died in VA care after being bitten by fire ants sues US, Orkin

Wed Feb 3 , 2021
The family of an Air Force veteran who died after suffering fire ant bites at a Department of Veterans Affairs long-term care facility near Atlanta is suing the U.S. government and a pest control company. The lawsuit, filed Tuesday in Atlanta federal court, claims that Joel Marrable, 74, died in […] 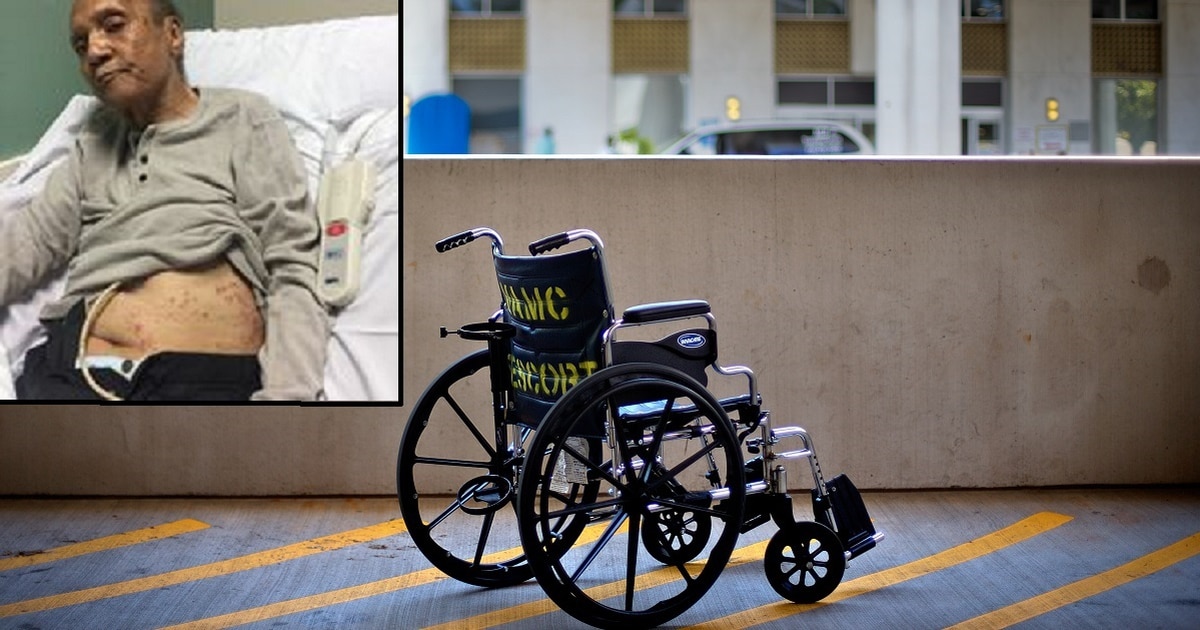