Part of the lure of Seattle is its many neighborhoods. These areas range from the industrial warehouse district of SoDo to quaint established neighborhoods such as Magnolia and Laurelhurst. The rich distinctions in each of these areas allow for the perfect fit between home and lifestyle. While not exhaustive, this list […]

Part of the lure of Seattle is its many neighborhoods. These areas range from the industrial warehouse district of SoDo to quaint established neighborhoods such as Magnolia and Laurelhurst. The rich distinctions in each of these areas allow for the perfect fit between home and lifestyle.

While not exhaustive, this list should help point you in the right direction toward finding the ideal location to buy a home in Seattle.

Right now, Ballard appears to be leading the way in a newfound “coolness.” Ballard has a rich history starting with its Scandinavian fishing industry roots and the working Hiram M. Chittenden Locks. Today, Ballard is hip. While Ballard remains the winter home to the Alaskan fishing fleet, it also has a great nightlife with music venues and restaurants lining Market St. as well as a diverse housing market. Like most of the closest neighborhoods to downtown, Ballard is a bit more expensive than some of the southern or northern areas. Still, Ballard is definitely on the list of great places to live.

Perhaps the most recognizable neighborhood in Seattle is Queen Anne. Queen Anne is recognized by the three broadcasting towers just north of Seattle’s famed Space Needle. With its proximity to downtown, there is a price premium. If you are fortunate enough to afford a house on the south slope, you also have the most sought after view in the region. That is of Mount Rainier and the Space Needle with downtown thrown in for good measure.

Capitol Hill has perhaps the most diverse combinations of sub-neighborhoods. In the heart of Capitol Hill is the bustling nightlife. Great shops, restaurants, and bars are plentiful. North of this area is some of the most distinct estates in the Seattle area. On the backside of the retail center are streets of lovely, mostly modest, mid-century homes. If you want to be close to downtown and still feel like you are in a suburb, Capitol Hill might be the perfect area. There is a bit of everything.

For a genuinely urban feel that combines trendy shops, upscale restaurants and Puget Sound views, Belltown is hot. Historically, Belltown was a bit of a nondescript commercial district. In recent years, old union halls and smaller commercial buildings have either been converted to new uses or replaced. In their place are high rise condominiums and trendy retail. Belltown is an excellent area for the walker in you as parking is at a premium.

The areas that line Lake Washington with views of the ever-growing Bellevue skyline starting at WA-520 in Madison Park down to the south of I-90 in Seward Park offer some of the most beautiful residential locations in Seattle. Except for Seafair Sunday during the summer, access is easy. However, for this large local event, don’t expect to get to the water quickly. For the rest of the year, these neighborhoods are fantastic.

Buying or Selling? The P-I can help

To the north of downtown Seattle are some other areas that offer quite distinct living environments. The area immediately west of the University of Washington is Wallingford. This neighborhood is perhaps the most eclectic of all Seattle neighborhoods with its mix of pubs, ethnic restaurants and nearly anything else you can imagine. Other areas immediately around Wallingford include some of the most inviting residential areas, such as Phinney Ridge, Green Lake, and Greenwood. Each of these neighborhoods has small local retail centers made up of coffee shops, pubs and restaurants. What they all share is tight parking but beautiful, established trees-lined residential streets.

Fremont offers the artsiest environment where near anything goes. Known for the troll under the Fremont Bridge, Fremont has no shortage of pubs, ethnic restaurants and vibrant nightlife. Similarly, the University District offers the diversity one expects in the immediate area around a major university. A series of trendy neighborhoods conveniently located around the University District allows for proximity while maintaining a much more residential feel. These include Laurelhurst, Ravenna and Sand Point.

A couple of other areas that should be on one’s serious list to investigate are just south of downtown Seattle. These include Beacon Hill, Mount Baker and Rainier Beach. You will find that the Mount Baker area is a bit more expensive than Beacon Hill, while both offer a great mix of an active lifestyle and great neighborhoods. In Rainier Beach, you will find a mix of housing, from costly properties with Lake Washington views to many beautiful areas just to the west.

Last but not least, West Seattle. Neighborhoods like Alki, with it’s fantastic Puget Sound views and great nightlife, come at a cost. Inland of Alki are beautiful neighborhoods such as Genesee, Delridge, High Point and Arbor Heights. Each offers a blend of being close to the city, lovely homes and excellent schools.

The general rule is that the closer to downtown Seattle, the more expensive the area.

While views are plentiful, so are the pricing premiums. Puget Sound or Lake Washington water views offer a fantastic feature that few cities in the world can match. Combine these with beautiful trees, established neighborhoods and coffee shops, pubs, highly-rated schools and ethnic restaurants everywhere; it is near impossible not to find a great area.

Finding a seasoned professional to help you sort through this wealth of richness is highly recommended. As with most large cities, Seattle is tough to navigate as a new transplant or even if you have lived here your entire life.

Mon Jan 18 , 2021
EWING — New Jersey is home to four active chapters of a nationwide charity that has been bringing cheer to sick children for more than a decade. The origin of Ryan’s Case for Smiles was 12-year-old Ryan Kerr’s osteosarcoma diagnosis and subsequent hospitalization at Children’s Hospital of Philadelphia. His mother Cindy, […] 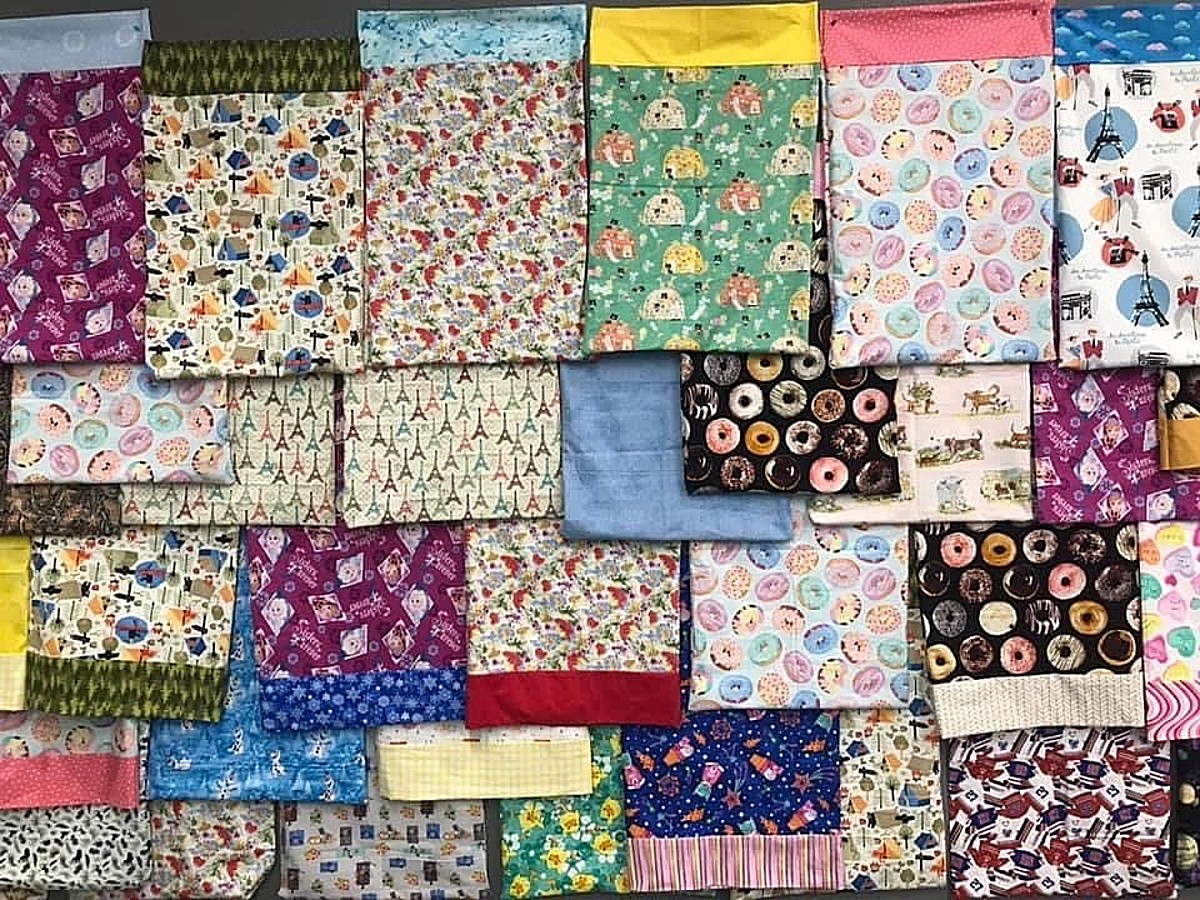