U.S. representative for Florida’s 1st congressional district Matt Gaetz is surrounded by supporters after giving a speech on the steps of the Wyoming State Capitol building on Thursday, Jan. 28, in Cheyenne. Gaetz, an avid Donald Trump supporter, has made national headlines after attacking Wyoming Rep. Liz Cheney for her […]

CASPER, Wyo. — Casper realtors have reported an increase in the number of out-of-state buyers interested in moving to the Oil City.

Casper Mayor Steve Freel and City Council member Lisa Engebretsen, who both work in real estate, say that families from states like California, Colorado, Arizona and Oregon have been moving to the area.

Freel said in late January that people moving from out of state tend to have the ability to work remotely and have expressed an interest in getting away from larger population centers. They have also expressed an affinity for Wyoming’s looser COVID-19 restrictions.

Engebretsen said in early February that the types of people who’ve been interested in moving to the area vary, but that many are of a conservative political bent.

Some realtors have been explicitly marketing Wyoming to conservatives. Wyoming Public Radio reported in January that some realtors are finding potential clients referred through Conservative Move, a company which is working to help conservatives move to states like Wyoming, Montana, Idaho, South Dakota and Texas.

Politics are not the only factor driving people away from the country’s population centers and the trend has been happening for the past few years, according to reporting from The Atlantic. The increasing cost of living in major cities is one reason behind the exodus.

However, the Sacramento Bee reported in Oct. 2020 that an increasing sense of political tension along with COVID-19 restrictions have contributed to conservatives seeking moves away from blue states.

Researchers from the University of Wyoming and other American universities have been studying the effects of political polarization on life in the country and have described their findings in paper published in in the Journal of Public Policy & Marketing of the American Marketing Association.

UW gave an overview of some of the findings of those researchers in a Feb. 10 news release. Political polarization is “more pronounced now than in the past — at least among members of the nation’s major political parties — with Democrats significantly more likely to identify as liberal and Republicans as conservative,” UW said. “Additionally, consumers have indicated that they believe the parties overlap less now than they did in previous years, and the portion of people who hold extreme political opinions is increasing.”

“I think we’re all aware of how political polarization has affected our elections and system of government, but the impacts go far beyond the political arena,” UW College of Business Dean Dave Sprott, who helped write the paper, told UW. “Ultimately, polarization harms mental and physical health, financial welfare, relationships and societal interests through its impact on psychology, marketing and public policy outcomes.”

The researchers say that political polarization can “prevent neighbors or colleagues of opposing parties from developing friendships,” according to UW. “This ultimately deprives individuals of intellectual diversity, among other things.”

The impact of polarization on relationships can also “cause both mental and physical harm.” Polarization can be reflected in consumer behavior, according to the research, and in some cases consumer welfare can suffer.

UW says examples cited in the research in regard to how polarization influences consumer behavior include liberals boycotting purchases of Goya Beans products after the company’s CEO expressed support for former President Donald Trump; conversely, conservatives promoted the company in 2020.

“Similar situations have arisen for companies including My Pillow, Home Depot and Chick-fil-A when their corporate leaders expressed support for conservative causes,” UW said of the research’s findings. “With political positions influencing decisions, people may sacrifice wages, lose out on jobs, make suboptimal purchases and disregard opportunities to save.”

“For example, research has found that employees accept lower wages to work for politically like-minded entities, and people may select higher-priced products or ones that offer less-functional value.”

The polarized political climate can make it more difficult for policymakers to govern, UW says of the researcher’s findings.

“That’s due to a number of factors, including a lack of trust in scientists in policymakers and prevalence of misinformation,” UW said.

The researchers suggested some ways to help limit the effects of polarization, according to UW:

On the other hand, UW notes that the researches say that some degree of social conflict can have positive effects such as increasing voting and political participation.

UW quoted the research as follows: “’Future research should consider the possibility that while political polarization can be harmful, there may be silver linings and reasons for hope,’ the researchers concluded, suggesting inquiry into ‘what types and levels of societal conflict result in positive versus negative outcomes.’”

Tue Feb 16 , 2021
WASHINGTON — House Republicans are demanding answers from Speaker Nancy Pelosi on security decisions made in the lead-up to the Jan. 6 Capitol riot and what involvement her office had, according to a new report. In a Monday letter, top-ranking House Republicans including Judiciary Committee Ranking Member Jim Jordan (R-Ohio) […] 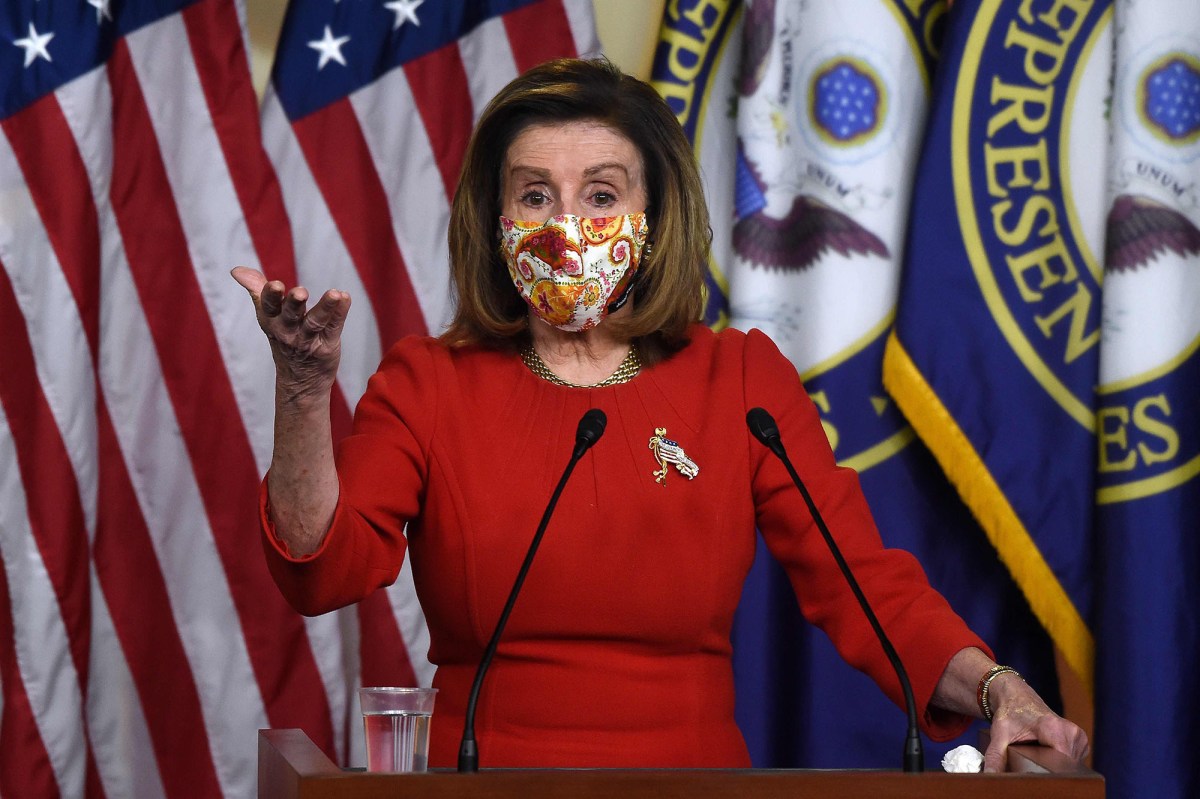