ROGERS PARK — The Far North Side has seen some of its crumbly streets and sidewalks repaired in recent months, but it wasn’t city workers or construction crews doing the job. It was the work of Rogers Park artist Tzippora Rhodes and her collaborators, who used recycled bike parts and […]

ROGERS PARK — The Far North Side has seen some of its crumbly streets and sidewalks repaired in recent months, but it wasn’t city workers or construction crews doing the job.

It was the work of Rogers Park artist Tzippora Rhodes and her collaborators, who used recycled bike parts and decorative tiles to fill sidewalk cracks and potholes.

The project is an effort to make the area more accessible to all kinds of people, and perhaps make a walk or ride around Rogers Park and West Ridge a more joyous, art-filled experience, Rhodes said.

“I think functional art is cool,” Rhodes said. “I wanted to make a small dent on mobility and be a bit practical” with the art project.

The project is funded by a $7,500 grant from AARP, which awarded the grant as part of a program to make communities safer for those with mobility restrictions.

The grant was awarded to The Recyclery Collective, a Rogers Park based nonprofit that repairs and upcycles bikes to keep them out of landfills. Rhodes, a member of the collective, applied for the grant.

Rhodes’ idea was to use discarded bike parts and cement to patch potholes on Rogers Park streets. Rhodes collaborated with local artist Thistle to patch the potholes using products that would otherwise be thrown away.

Rhodes also partnered with the Edgewater-based Chicago Mosaic School to patch a pothole near a Devon Avenue crosswalk and a sidewalk at West Ridge’s Indian Boundary Park with decorative tiles.

“I ride a bike, and [the potholes] make for a unsafe situation for all road users,” Rhodes said. “We’ll see how these hold up. If so, I don’t see why we wouldn’t do more.”

The art pieces were quietly installed in November, and no formal announcement of the project was given.

That led to Rogers Park resident Bill Savage tweeting about the pothole art he came across during a winter bike ride. His tweet referred to the project as a “Rogers Park art mystery” and prompted Twitter users to seek the involved artists.

Someone on Twitter asked prolific Chicago pothole mosaic artist Jim Bachor if he was behind the installations. “Interesting, but ain’t me!” Bachor said.

As it turns out, Bachor actually was approached with an opportunity to join the Rogers Park pothole project.

Bachor has drawn national attention for his project, wherein he fills potholes with brightly colored mosaics. In a recent project, Bachor turned a series of potholes in Uptown into mosaics that lampoon the products Americans clung to (and hoarded) during the early days of the pandemic.

Bachor was only reminded of his near involvement in the project when a reporter asked if he was responsible for the Rogers Park pothole art. He wasn’t involved, but he said it was “fun” other artists would put their spin on a medium he championed, Bachor said.

“I kind of like it,” he said. “If I influenced somebody, that’s kind of fun. It doesn’t cause confusion [about which artist is responsible for the work]. And I don’t have the rights to the street.”

Artists from the school joined Rhodes in repairing sidewalk at Indian Boundary Park using decorative tiles. On Greenview Avenue near Devon, the artists installed a Ruth Bader Ginsburg-inspired mosaic in a pothole.

Altogether, there are seven pothole or sidewalk installations in Rogers Park and West Ridge done in conjunction with Rhodes’ project.

Bike-part pothole repairs can be found near Howard and Paulina streets, on Jarvis Avenue west of the Red Line and on Rogers Avenue near Pottawatomie Park. Then there’s the Devon crosswalk mosaic and Indian Boundary Park’s sidewalk tiles.

Rhodes didn’t want exact locations given and would not say where the final two installations can be found.

That’s because the art project is meant to encourage people to get out and explore their neighborhood. In doing so, neighbors might find smoother and more navigable infrastructure — and be rewarded with discovering a piece of art where they’d least expect it.

Is The Pandemic Fueling A Rise In Suicide Attempts Among Kids? : Shots

Tue Feb 2 , 2021
An abrupt spike in suicide deaths among students in the Clark County School District has officials in the Las Vegas district wondering if pressures brought on by the coronavirus pandemic might have been part of what fueled the increase. Joe Buglewicz for NPR hide caption toggle caption Joe Buglewicz for […] 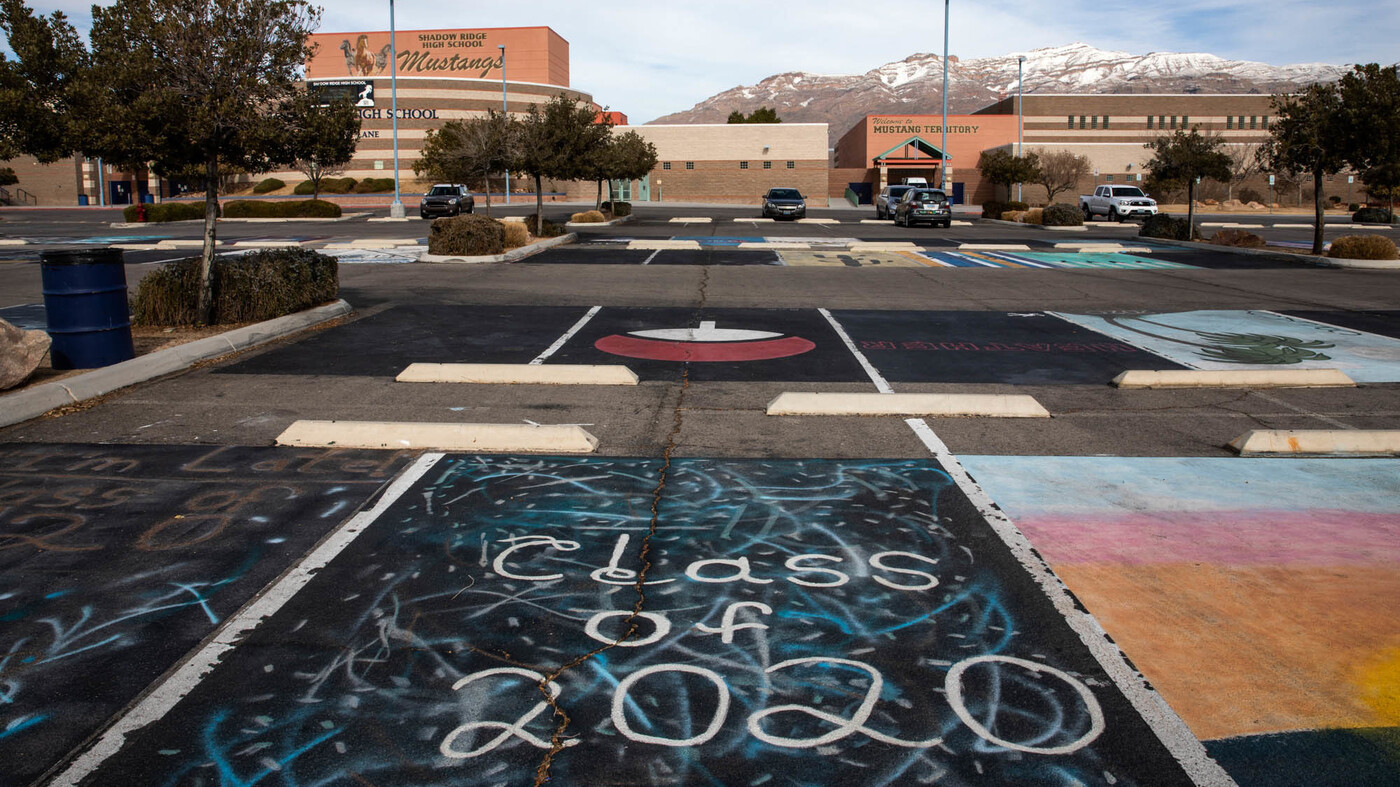