UPDATE (WKOW) — Fire crews evacuated a Fitchburg neighborhood Saturday as a house fire spread. Firefighters were called out to the 5000 block of Meadowood Drive around 5:30 p.m. when neighbors spotted flames and smoke coming from the garage of a home. Responders said the fire spread to every room […]

Firefighters were called out to the 5000 block of Meadowood Drive around 5:30 p.m. when neighbors spotted flames and smoke coming from the garage of a home. Responders said the fire spread to every room in the house.

The fire spread so quickly, crews evacuated neighboring homes as a precaution, according to fire officials. Madison Metro and the Salvation Army responded to help keep the residents and the firefighters warm.

Authorities say firefighters used up their water storage while trying to fight the flames and fire hydrants were covered in snow, so Fitchburg crews had to call in help from other agencies in the area.

One person was inside at the time of the fire and was taken to the hospital with some minor burns.

Authorities are now investigating how the fire started.

FITCHBURG (WKOW) — The Fitchburg Fire Department responded to a house fire Saturday where the only person inside was able to escape.

The department was dispatched to a report of a single-family house fire on the 5300 block of Meadowood Drive at 5:30 p.m.

Fire officials arrived to find smoke and flames coming from the house.

Crews reported there was only one person in the house at the time of the fire and they were able to get out.

Fire crews from Madison, Verona and Oregon were called to help battle the size of the fire, the cold temperature, and help get water to the scene since fire hydrants in the area were covered in snow.

Sun Feb 14 , 2021
Lott’s mother, Patricia Davis, told 2 On Your Side’s Claudine Ewing that her daughter’s body had been located on train tracks near Wex Avenue. BUFFALO, N.Y. — The family of 22-year-old Tiara Lott, who has been missing since January 29, says her body was found on Saturday. Lott’s mother, Patricia […] 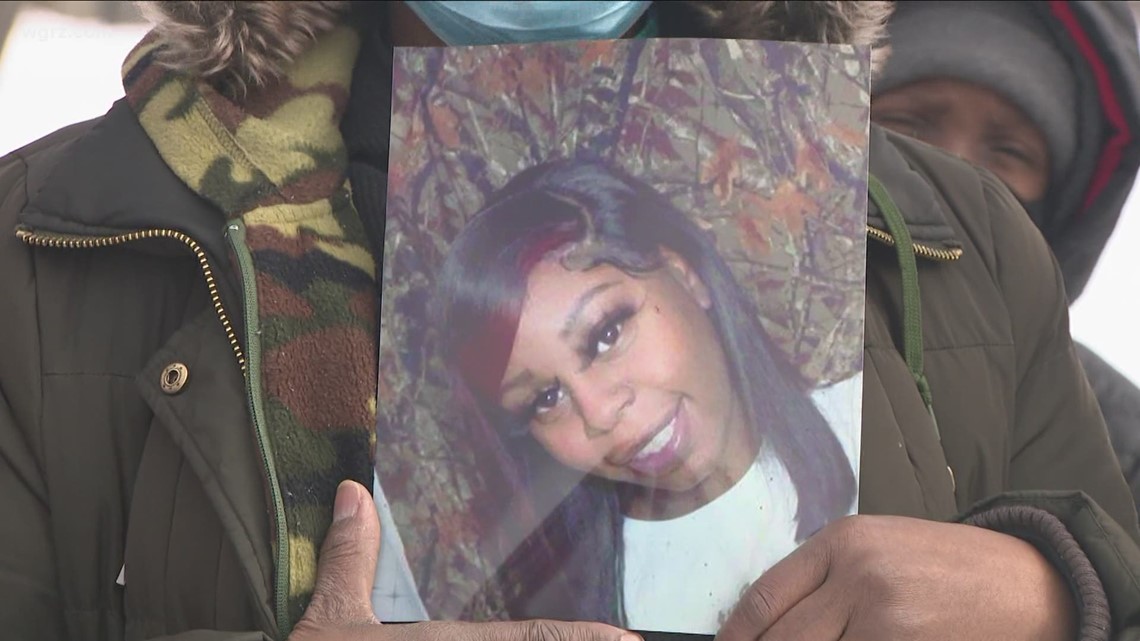