AUSTIN (KXAN) — A bill that changes how Texas administers its elections continues to roll through the Legislature Thursday with its passing through the House Elections Committee. The committee passed the bill, House Bill 6, Thursday and it will move to the House floor for consideration. State of Texas: Voter […]

AUSTIN (KXAN) — A bill that changes how Texas administers its elections continues to roll through the Legislature Thursday with its passing through the House Elections Committee.

The committee passed the bill, House Bill 6, Thursday and it will move to the House floor for consideration.

The bill would provide additional protections to poll watchers — limiting an election judge’s ability to expel them from a polling location — and prohibit government officials from sending unsolicited mail-in ballot applications to voters. People assisting disabled voters with their ballot would have to provide identification and a reason for helping the voter if the proposal is approved. Additionally, voters with disabilities would have to prove they can’t get to the polls to qualify for a mail-in ballot.

Its companion bill, Senate Bill 7, would do away with ballot drop boxes and would ban most drive-thru voting. Republicans feel these are bills that will renew trust in the voting system, though the Texas Secretary of State’s elections office said the 2020 election was “smooth and secure.”

Democrats say the bills amount to voter suppression and will make it harder for all Texans to vote.

“If we’re serious about ‘election integrity’ and defending all voters’ access to the ballot box, bills like HB 6 and SB 7 should be roundly rejected in their present form,” said James Meadours, a past president for Texas Advocates, an organization that advances politicies supporting people with intellectual and developmental disabilities in Texas.

In a news conference Wednesday, Texas Lt. Gov Dan Patrick lashed out at corporations who publicly denounced the legislation and fervently defended it.

Lt. Gov. Patrick tells corporations to back off election bill, while Dems encourage more to weigh in

Kenneth Semien, Coalition of Texans with Disabilities board president, said he’s “disappointed and extremely concerned about the direction our state is headed.”

“We can strengthen our elections and empower voters by supporting ballot tracking so voters can check the status of their votes submitted by mail,” he said. “We must also defend against faulty policies around mail-in ballot signature verification to ensure voters have an opportunity to cure their ballot before an election, if a discrepancy is found.”

MOVE Texas also issued a statement after the result, saying in part, “We condemn this measure in the strongest possible terms. This is not over. We will continue to fight tooth and nail to ensure that every eligible Texan has equal access to the ballot box. In an honest democracy, nothing is more fundamental. We are all hands on deck.”

In ‘Them,’ a Black Family Is Haunted by Real-Life Monsters

Thu Apr 8 , 2021
Amazon Studios and Sony Pictures Television, which co-produced the series, agreed, and Amazon signed an overall deal in 2019 with Little Marvin, which included greenlighting the first two seasons of “Them,” an anthology series. (The focus of Season 2 has not been announced.) The world was, in many respects, very […] 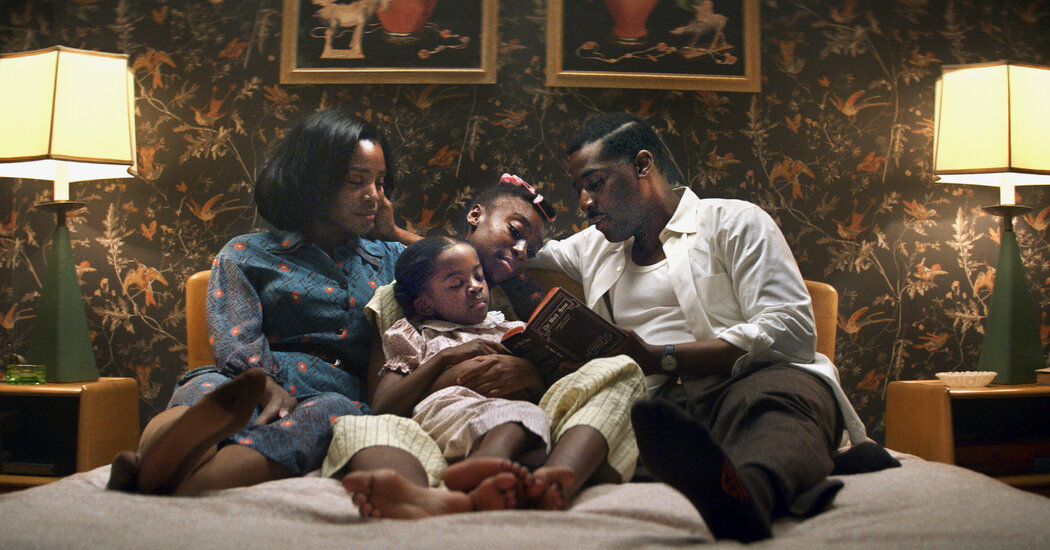