Before he walked out of the Capitol, his phone rang, according to Rice. On the other line was House Republican Whip Steve Scalise of Louisiana, who didn’t think he actually intended to impeach the then-President. “I said, ‘I pressed the right button,’” Rice recounted. But Trump supporters back home don’t […]

Before he walked out of the Capitol, his phone rang, according to Rice. On the other line was House Republican Whip Steve Scalise of Louisiana, who didn’t think he actually intended to impeach the then-President.

“I said, ‘I pressed the right button,'” Rice recounted.

But Trump supporters back home don’t think he did. Rice now may be one of the few members of Congress to face a political price for that vote. In the following weeks, several Republicans have either launched campaigns or threatened to run against the five-term congressman, knowing that 59% of the Myrtle Beach-based district supported the former President over Joe Biden.

But Rice has no regrets. He spent the days preceding the vote “pulling everything I could find” about what Trump did, and whether it would fit the alleged charge, “incitement of insurrection.”

“The more I read, the madder I got,” Rice told CNN in an interview last week before the Senate acquitted Trump.

“There have been very close votes where I could go either way, and sometimes I second guess myself,” said Rice. “This is not one of those votes.”

Rice, a CPA and tax attorney, has held the party line since coming to Congress in 2013, serving as a low-key fiscal conservative on the influential House Ways and Means Committee. He voted with Trump 94% of the time and for him in the 2020 presidential election. His conservative approach has led to sweeping Republican primary victories and easy reelections.
But Rice’s political career is suddenly in danger, whipsawed by both corporate political action committees who’ve suspended their donations and by some Trump supporters, who are enraged by his impeachment vote.

Before the rampage at the Capitol on January 6, Trump repeatedly told his supporters to “stop the steal!” In a speech that day, he urged his supporters “to peacefully and patriotically make your voices heard” but also to “fight like hell,” “never give up” and “never concede.”

Rice has noted Trump tweeted that then-Vice President Mike Pence lacked “courage” for overseeing the certification of the election, which was his constitutional obligation, during the riot. The mob searched for Pence and House Speaker Nancy Pelosi, and rummaged through the senators’ desks on the chamber floor.

Some of the Trump supporters were dressed in tactical gear, armed with zip-ties. Others held Trump 2020 flags, broke windows with poles and set up a gallows for Pence. Five people died, including Capitol Police Officer Brian Sicknick, and about 140 officers were injured.

Rice said it was clear Trump committed the crime, agreeing with many of the points the House managers made during the impeachment trial last week.

“If that’s not a high crime or misdemeanor I don’t know what it is,” said Rice of Trump’s actions that day. “I don’t know what the President could have done worse unless he came down there himself and started shooting at us or something like that.”

The vast majority of his colleagues disagree. Rice is just one of ten House Republicans who voted to impeach. Some of the others have also already received primary challengers but eight of them serve in less Trump-friendly districts than Rice. The ninth is Wyoming Rep. Liz Cheney, who has earned the ire of the Trump family but may be better able to handle it due to her stature and a name brand built by her father, former Vice President Dick Cheney, who held her seat from 1979 to 1989.
Back home, many Republicans are furious at what they view as an unconstitutional impeachment trial. The South Carolina Republican Party voted last month to formally censure Rice. State legislators, including Rep. Russell Fry, a member of the South Carolina House GOP leadership, are now considering bids for his seat.

Ken Richardson, chairman of the Horry County Board of Education, has already announced his campaign. Richardson told CNN he had planned on running against the congressman in 2024, after he completed another term in his office, but moved up his timeframe following the impeachment vote.

“Sometimes when stars line up, you have to take advantage of it,” Richardson said.

Republican State Rep. Heather Ammons Crawford said that voters in Rice’s district are “very upset” by his vote. When asked if Trump played a role in the deadly riot, she said, “It really doesn’t matter what I think. It matters what the voters think.”

Rice acknowledged that his decision concerned Republicans in his district, claiming his office received about 5,000 calls from his constituents against impeachment and 4,000 in favor, but said that his opponents would have a “hard time” gaining traction if their basis for running is on justifying the attack on the Capitol.

Rice said he would campaign in 2022 on his record, working on issues like beach re-nourishment, hurricane relief and port infrastructure for his tourism-dependent district in the northeast lowlands of the Palmetto State.

He said he supports the Biden administration in spending billions more to boost vaccine production and distribution, and would consider “a little more stimulus” for Americans. But he said he opposed the Democrats’ overall Covid-19 relief proposal.

“There’s just too many things in this $1.9 trillion, pork-filled liberal wish list that I just cannot stomach,” Rice said.

‘He knew that he was going to catch a little devil’

Some Republican strategists said it’s too early to tell whether Rice’s vote could cost him his seat. Rice received nearly 62% of the vote in 2020 and his campaign has over $1.1 million on hand.

Walter Whetsell, a Rice campaign adviser, asserted that the primary election is over a year from now and the anger has subsided from even a month ago.

“It really is going to be hard to execute a campaign against Tom Rice based on some Trump factors,” said Whetsell. “He has a very, very solid record of supporting the things in Congress that Donald Trump fought for.”

J. Edward Bell III, a South Carolina attorney who has donated to Democrats and Republicans including Rice, said he was “pleased as I could be to see that someone voted their conscience.”

“He knew that he was going to catch a little devil, but I think in the long run as the Trump … shine starts dwindling I think he will be looked back upon as a visionary,” Bell said.

Rice himself thinks that Trump is the one who has lost political support. If the presidential election were held now, he said Trump would lose to Biden in a “landslide.”

“I can absolutely assure you he wouldn’t get anything approaching 74 million votes,” said Rice. “I doubt he would win my district today.”

Still, Rice could use the help of the business wing of the Republican party.

Many corporations decided to suspend and review their donations to the 147 Republicans in Congress who objected to the certification of the 2020 election, a typically humdrum affair that the pro-Trump rioters turned into a last stand to overturn the election.

Over 60% of Rice’s contributions for his last reelection race came from political action committees, according to the Center for Responsive Politics. But Aflac, Boeing, Lockheed Martin, the National Association of Realtors and Home Depot representatives told CNN that their PACs are still reassessing their contribution policies to Rice and other lawmakers, referring to their statements in the aftermath of the riot.

Rice pointed out that some House Democrats in previous election cycles had also objected to the certification. “I guess Republicans are the only ones who are expected to be responsible,” he said.

But Rice said that he didn’t “regret raising the question” of voter fraud, even though there is no widespread evidence of it and Trump lost numerous challenges in court. He said that a letter from the Pennsylvania Senate president was critical to his decision to object, although he “second-guessed” it after the breaching of the Capitol. He said he had already announced his position and “didn’t want to go back on my word” and change it.

Rice clearly didn’t appreciate Trump’s strong-armed approach to that vote, or the pro-Trump mob using violence to make his point.

“This is the executive branch attacking the legislative branch,” said Rice. “And I don’t suffer bullies well.”

Mon Feb 15 , 2021
The arrests occurred while President Joe Biden was at Camp David. February 15, 2021, 12:27 PM • 3 min read Share to FacebookShare to TwitterEmail this article Two people were arrested on weapons charges near the White House over the weekend, according to a spokesperson for the United States Secret […] 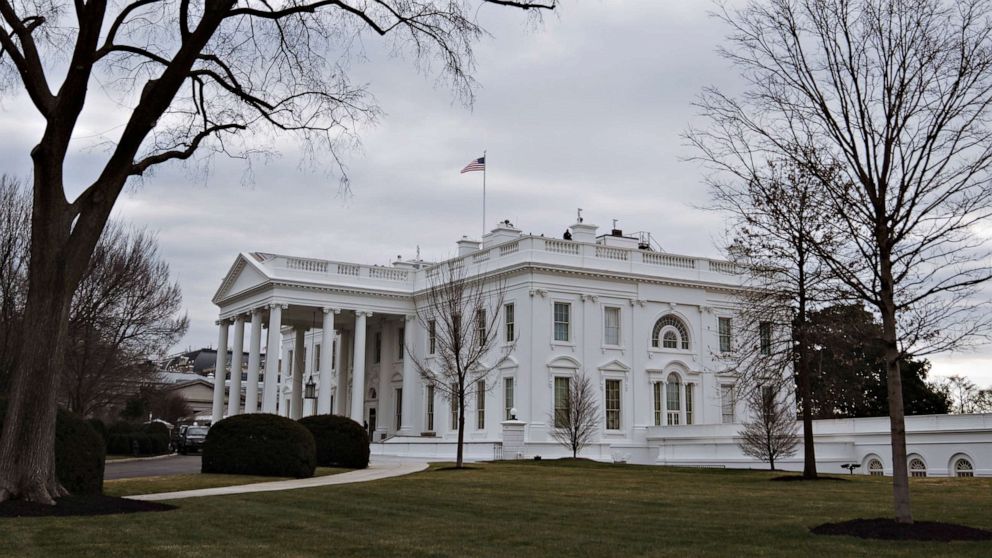