And you can’t beat the commute: It’s right across the street from the White House complex and the vice president’s offices. Harris and Emhoff must wait for some maintenance to be completed at the official vice president’s residence — an 1893 Victorian on the wooded grounds of the Naval Observatory, […]

And you can’t beat the commute: It’s right across the street from the White House complex and the vice president’s offices.

Harris and Emhoff must wait for some maintenance to be completed at the official vice president’s residence — an 1893 Victorian on the wooded grounds of the Naval Observatory, about two miles away — before they can move in. Crews are working on new liners for the chimneys and other tasks in the 33-room home, according to an aide in the vice president’s office.

“Its such a cozy and beautiful place,” says Capricia Marshall, a former chief of protocol and current board member of the Blair House Restoration Fund. “There is so much history here, and it tells the great story of our country. So many presidents have passed through that black and white marble threshold. Yes, it has a lot of square footage, but it feels like a home.”

The vice president and Emhoff moved into Blair House on Thursday, after spending Wednesday night at their condo in the District. Security at the condo complex was ramped up after November’s election, as reported in the Wall Street Journal, and was becoming a daily hassle for other residents. Blair House was a natural choice for a highly secure Washington government location.

Blair House has been the president’s guesthouse since 1942. It has become the traditional quarters for the incoming president on the eve of the inauguration and a place for diplomatic entertaining. Blair House is where Harry S. Truman stayed from 1948 to 1952, during a major White House renovation. Spaces such as the Lincoln Room are filled with portraits, letters and mementos of presidents and others. It also has hosted VIPs including Nikita Khrushchev, Queen Elizabeth II and French President Emmanuel Macron.

Today, the complex of four connected 19th-century townhouses is filled with damask sofas and fine art, and has a staff of 18 full-time employees.

It provides a level of hospitality akin to that at a fine hotel, while maintaining a warm, homelike feel. Meals are prepared by an executive chef, and there are three dining rooms to choose from. Flowers are arranged on site, and there’s a gym and a hair salon. An in-house laundry staff is on call.

The spacious principal suite, the one meant for top guests, was redecorated a few years ago by Washington designer Thomas Pheasant as part of ongoing refurbishing. The suite’s master bedroom has a black chinoiserie bed (with a California king size mattress) and Egyptian cotton bed linens with blue “BH” monograms and a white cotton pique coverlet. The Fortuny bed hangings are done in pale blue and gold. A rug Pheasant custom-designed based on an antique Persian carpet features pale blues, golds and grays. The antique mirrors are part of the Blair House collection.

Pheasant is honored that his spaces are being enjoyed by the new president — who spent Tuesday night there — and vice president. He said: “I couldn’t think more of those two people and how exciting this is for the United States. You plan these rooms to serve a real purpose. And to see that you are part of the history of this moment is a great feeling.”

Sat Jan 23 , 2021
OKLAHOMA CITY (KFOR) – The family of a girl who drank now-recalled milk while hospitalized has filed a lawsuit in federal court against Hiland Dairy. On Sunday, Hiland Dairy recalled a batch of their one-half pint (236 mL) 1% Low Fat Chocolate Milk saying some of the products may contain “food-grade sanitizers,” which could cause […] 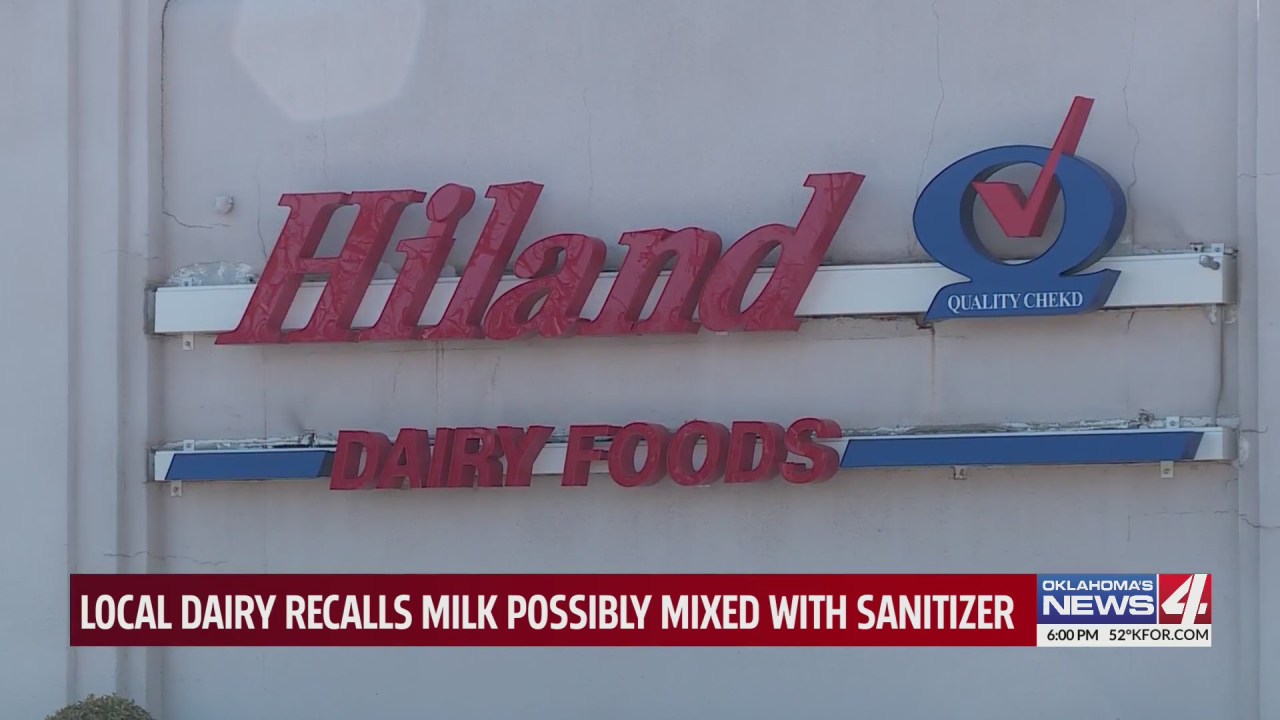