WASHINGTON (NewsNation Now) — White House press secretary Jen Psaki is set to hold a press briefing with reporters at the White House Tuesday. The news conference is expected to begin at 1:30 p.m. EST. NewsNation will livestream the briefing in the player above. The briefing follows President Joe Biden’s first […]

The news conference is expected to begin at 1:30 p.m. EST. NewsNation will livestream the briefing in the player above.

The briefing follows President Joe Biden’s first meeting with a group of Republican senators who proposed spending about one-third of the $1.9 trillion he’s seeking in coronavirus aid.

Republican Sen. Susan Collins, of Maine, said it was an “excellent” meeting and told reporters the discussion was productive. Though they did not come to an agreement on a package, she said they did agree to follow up discussions. Collins told reporters she is hopeful Congress will pass another COVID-19 relief package.

Psaki released a statement following the meeting, acknowledging that while there were areas of agreement, “the president also reiterated his view that Congress must respond boldly and urgently, and noted many areas which the Republican senators’ proposal does not address.”

She said, “He will not slow down work on this urgent crisis response, and will not settle for a package that fails to meet the moment.”

The House and Senate are on track to vote as soon as this week on a budget resolution, which would lay the groundwork for passing an aid package under rules requiring only a simple majority vote in the closely divided Senate.

The goal is for passage by March, when extra unemployment assistance and other pandemic aid expires. The meeting hosted by Biden amounts to the most public involvement for the president in the negotiations over the next round of virus relief. Democratic and Republican lawmakers are far apart in their proposals for assistance.

Also on Tuesday, Biden is set to to sign three executive orders on family separation, border security and legal immigration, bringing the total to nine executive actions on immigration during his first two weeks in office.

Tue Feb 2 , 2021
One of Syracuse basketball’s top targets in the 2022 class is St. Anne’s-Belfield wing Justin Taylor. The Charlottesville (VA) native has been a priority for the Orange since he was offered last July. Taylor says the communication with Syracuse has been frequent.  “The contact has been the same, very consistent,” […] 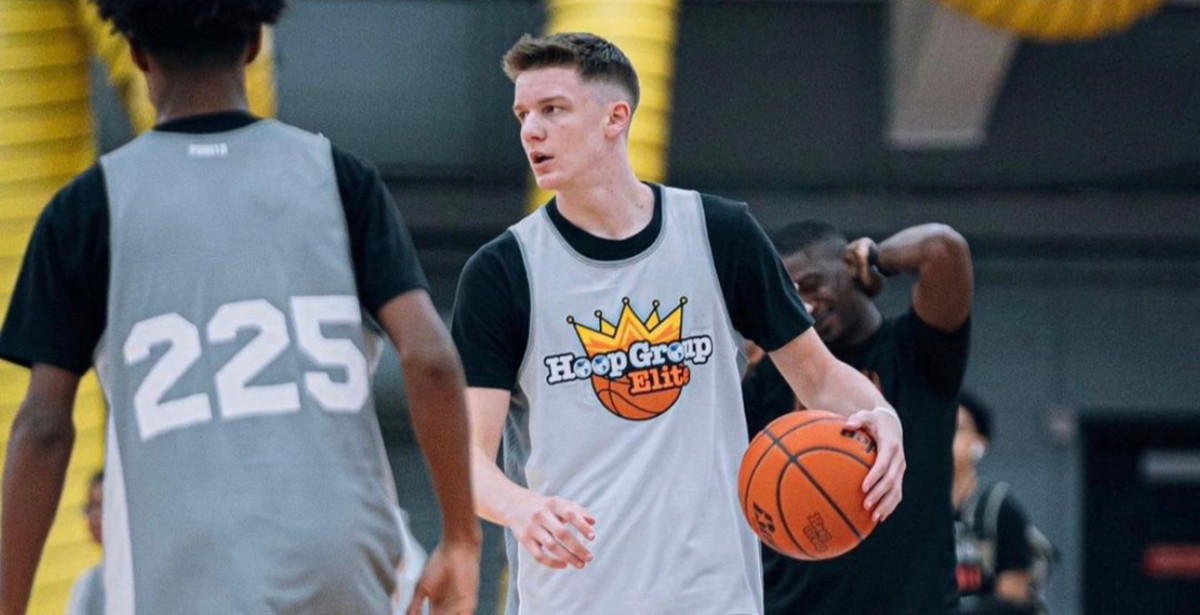