HARRISBURG, Pa. (WHTM) — Tuesday marks the one-year anniversary since tens of thousands of state workers were sent home and told to work remotely. In a state House of Representatives hearing on Monday, some lawmakers questioned whether they’re actually on the job. State policemen, correctional officers, doctors and nurses are […]

HARRISBURG, Pa. (WHTM) — Tuesday marks the one-year anniversary since tens of thousands of state workers were sent home and told to work remotely. In a state House of Representatives hearing on Monday, some lawmakers questioned whether they’re actually on the job.

State policemen, correctional officers, doctors and nurses are among the 42,000 of the state’s 72,000 workers showing up every day. But the rest are following doctor’s orders from last March.

“Unless impossible, all businesses must conduct their operations remotely,” said Michael Newsome, Pa. Secretary of Administration.

But state Rep. Frank Ryan says he knows of state workers upset that colleagues aren’t even phoning it in.

“They are complaining about those who are not going into work at all and spending a half-hour to an hour a day on a Zoom call and getting full pay and they feel the inequity and injustice of that,” Rep. Frank Ryan (R-Lebanon) said.

Walsh says there are checks in place to prevent representatives from doing so.

“We continue to rely on our managers and supervisors to monitor performance,” Walsh said.

“That is of course fraud, and theft of service, and that should be reported to the proper authorities,” Rep. Davidson said.

There is also talk that state workers will be ordered back on June 1, 2021. Idle chatter, Secretary Newsome insists.

“Until you hear officially from us there has been no date that has been set,” Newsome said.

But they should come back as soon as possible, many lawmakers argued, because the state isn’t doing what the state should be doing Legislative staff are getting the angry phone calls, too.

“Our constituents simply want someone at a state agency answering the phone who can help them with the issue they’re dealing with,” Rep. Russ Diamond (R-Lebanon) said.

The administration Secretary said at first, many workers were apprehensive about teleworking but now a majority favor it, citing a better work-life balance. He also said productivity has not dropped.

My Family Has Covid, and We’re Days Away From an Eviction

Tue Mar 16 , 2021
A woman wearing a mask walks past a wall bearing a graffiti asking for rent forgiveness on May 1, 2020, in Los Angeles, Calif. (Valerie Macon / AFP via Getty Images) Subscribe to The Nation Subscribe now for as little as $2 a month! Thank you for signing up. For […] 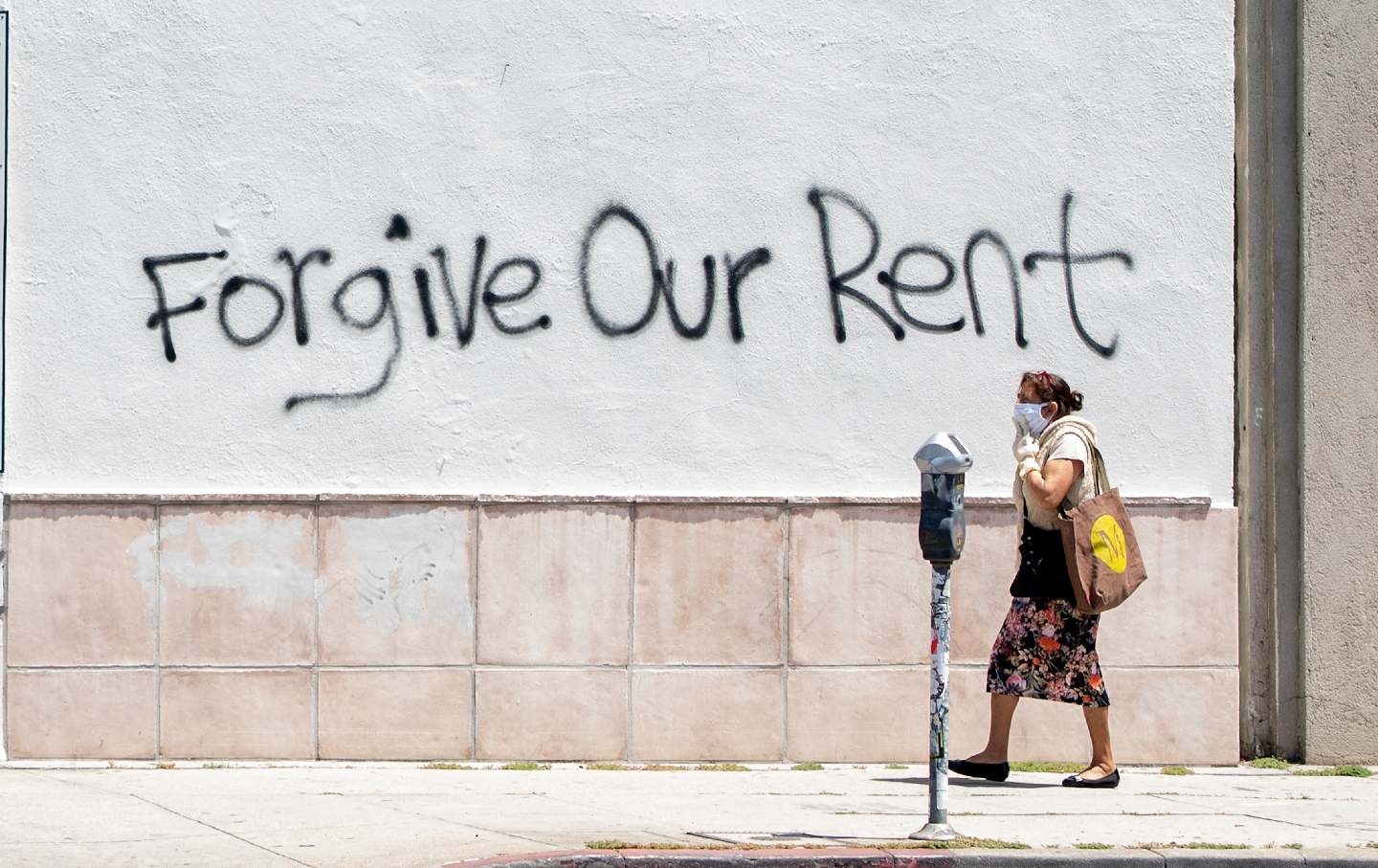