Under Nazi rule in 1944, some 18,000 Jews were deported in six trains from the city of Cluj-Napoca in modern-day Romania to the death camp at Auschwitz-Birkenau. They nearly all perished. Jewish homes, offices, archives and synagogues in Cluj were ransacked and possessions were looted, including books and historical records, […]

Under Nazi rule in 1944, some 18,000 Jews were deported in six trains from the city of Cluj-Napoca in modern-day Romania to the death camp at Auschwitz-Birkenau. They nearly all perished. Jewish homes, offices, archives and synagogues in Cluj were ransacked and possessions were looted, including books and historical records, leaving behind scant trace of a once-vibrant, mainly Hungarian-speaking community.

Today, decades after many of the few Holocaust survivors emigrated, the Jewish community there numbers just 350 and possesses little evidence of its history.

But this month a rare relic of Cluj’s Jewish past surfaced at a New York auction house. A bound memorial register of Jewish burials in the city between 1836 and 1899 was one of 17 documents offered for, and then withdrawn from sale, at Kestenbaum & Company, a Brooklyn auction house that specializes in Judaica.

The withdrawal came at the request of the Jewish Community in Cluj and the World Jewish Restitution Organization, who asked that the sale of the burial register listed in the catalog for the Feb. 18 auction and known as the Pinkas Klali D’Chevra Kadisha, be canceled.

The register, handwritten in Hebrew and Yiddish with an elaborate title page extolling the leaders of the burial society, was spotted online by a genealogy researcher who alerted Robert Schwartz, president of the Jewish Community of Cluj.

“Very little belonging to the community survived World War II,” Schwartz says. “It’s surprising that the book surfaced at auction, because no one knew anything about its existence. We have few documents or books, so this manuscript is a vital source of information about the community in the 19th century.”

Schwartz was among the Holocaust survivors of Cluj. He was born in hiding in a cellar after his pregnant mother escaped the city ghetto. An eminent chemist, he has since 2010 led the Jewish Community of Cluj, which is the fourth-biggest city in Romania and home to the country’s largest university.

Under his leadership, the community has attempted to rebuild, celebrating Jewish religious festivals with a wider public and staging scholarly events in pre-pandemic times. The Neolog Synagogue, the only one of the three synagogues there that is still used as a Jewish place of worship, is undergoing renovation and will house a small museum, Schwartz said. “This document could be very valuable as a key exhibit,” he said.

In a letter to the auction house earlier this month, Schwartz described the manuscript — which was estimated to fetch between $5,000 and $7,000 — as “very precious for the history of our community” and said it was “appropriated illegally by persons who have not been identified.”

He also enlisted the support of the World Jewish Restitution Organization, which urged the auction house to halt the sale of both the Cluj burial records and a similar register of the births and deaths of Jews from nearby Oradea. In its letter, the restitution organization said private institutions like Kestenbaum have “a responsibility to make certain that claims to recover Nazi-confiscated property are resolved expeditiously” and cited international agreements on returning Nazi-looted cultural property and Holocaust-era assets.

“Given the historically delicate nature of the items that are entrusted to us to handle, we take the matter of title to be one of the utmost importance,” Daniel Kestenbaum, the founding chairman of the auction house, wrote in an email. “Consequently, in respect to recently acquired information, manuscripts were withdrawn from our February Judaica auction.”

The consignor is “a scholarly businessman who for decades has exerted enormous effort to rescue and preserve historical artifacts that would otherwise have been destroyed,” Kestenbaum said. The seller has agreed to discuss the matter further with the restitution organization, he said.

Zoltan Tibori Szabo, the director of the Institute for Holocaust and Genocide Studies at the University of Cluj, said he is counting on the consignor’s good will. If made available to researchers, the newly discovered register will provide scholars with the names of the ancestors of those who were deported, he said.

“Usually if a person dies, he is remembered by his community and his family,” he said. “But in the case of hundreds of thousands of Jews in Eastern Europe, there was nothing left of them — even their documents were robbed and disappeared. You cannot reconstitute the history of a community without documents. We don’t even have a list of their names.”

While historic Jewish communal registers do occasionally come up for sale, it is unusual for so many to be offered at auction at once, said Jonathan Fishburn, a dealer in Jewish and Hebrew books in London. The market is generally confined to museums and libraries, though some private collectors with a connection to a specific region would also be potential customers, he said. Kestenbaum said that of about 30,000 auction lots he has handled in his career, only about 100 involved such records, which he described as crucial for genealogical research.

“It’s about saving history,” said Gideon Taylor, chair of operations at the World Jewish Restitution Organization. The newly discovered registry “is a treasure and a rare window into the past,” he said. “Every name on that list matters.”

The discovery of these documents is “symbolic of a wider challenge,” he said. “How do we make sure these pieces of history do not get traded? We want to make sure it gives us a road map going forward. We will be reaching out to auction houses in a more systematic way and looking for partnerships.”

Sat Feb 20 , 2021
A divide had formed between the parents and students who followed the safety guidelines and those who flouted them — a microcosm of the broader societal conflict that plays out daily across the nation. Cruz’s trip this week wrenched that divide wide open. As newly released text messages and Cruz-mocking […] 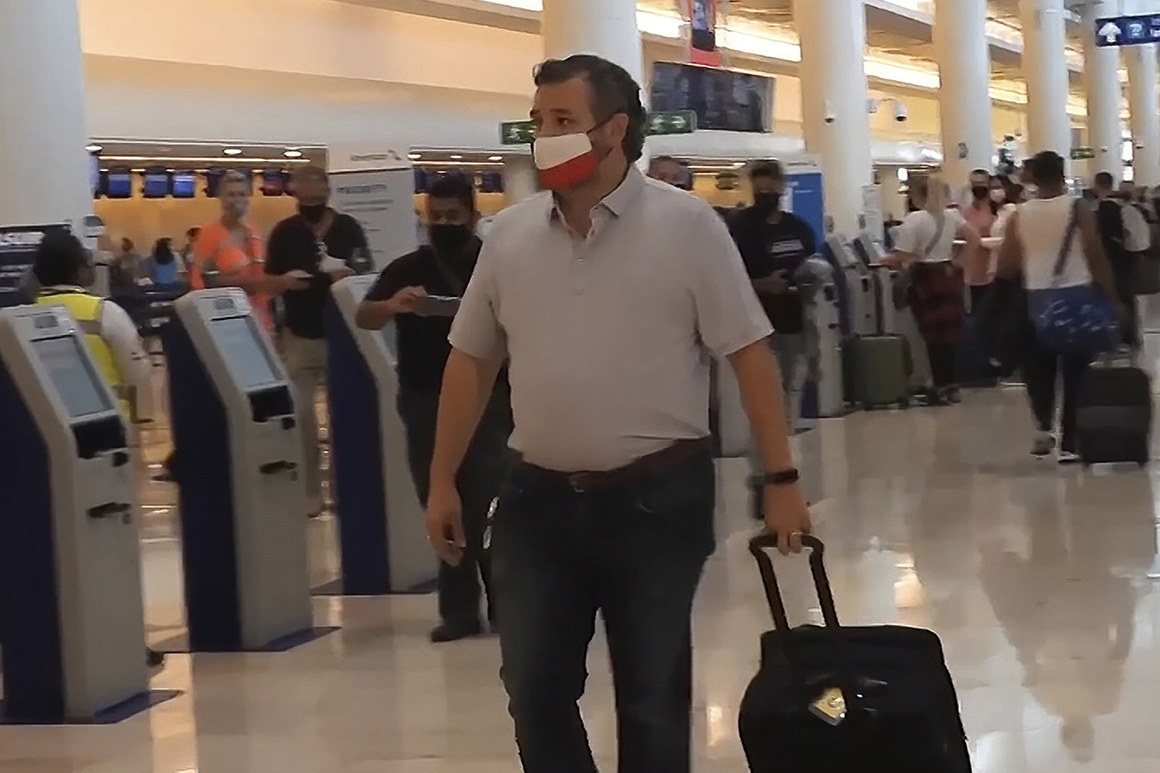