Republican Rep. Mariannette Miller-Meeks took office in January after the Iowa State Board of Canvassers certified her victory over Democratic candidate Rita Hart. She won by six votes after a full recount. 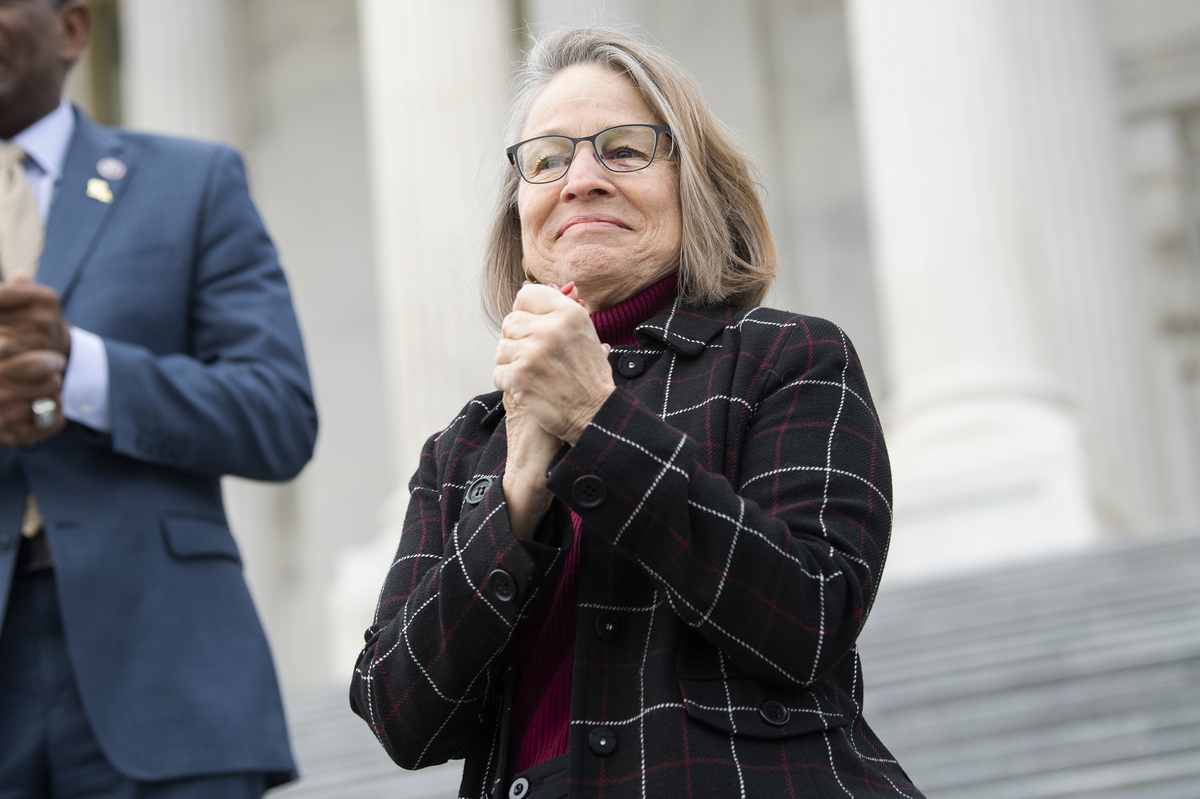 Republican Rep. Mariannette Miller-Meeks took office in January after the Iowa State Board of Canvassers certified her victory over Democratic candidate Rita Hart. She won by six votes after a full recount.

Attorneys for the two candidates submitted initial legal briefs to the panel on Monday. In a terse 23-page brief, Miller-Meek’s counsel broadly denied Hart’s claims and said the burden was on Hart to prove that a state-certified election should be overturned.

“We don’t have to prove anything at this point, and that’s something I think is important to emphasize: The congresswoman has a certificate of election, and that demonstrates that she is the winner of the race under Iowa law,” Alan Ostergren, an attorney representing Miller-Meeks in the complaint, told reporters on Monday.

Hart’s team alleges that there are 22 ballots that should have been counted in the election and that if they had, she would have won by nine votes. Hart’s campaign has cited examples including five absentee ballots cast in her favor that were not counted because they were not properly sealed. However, the race was certified by the Iowa State Board of Canvassers — with bipartisan support — after a full recount. 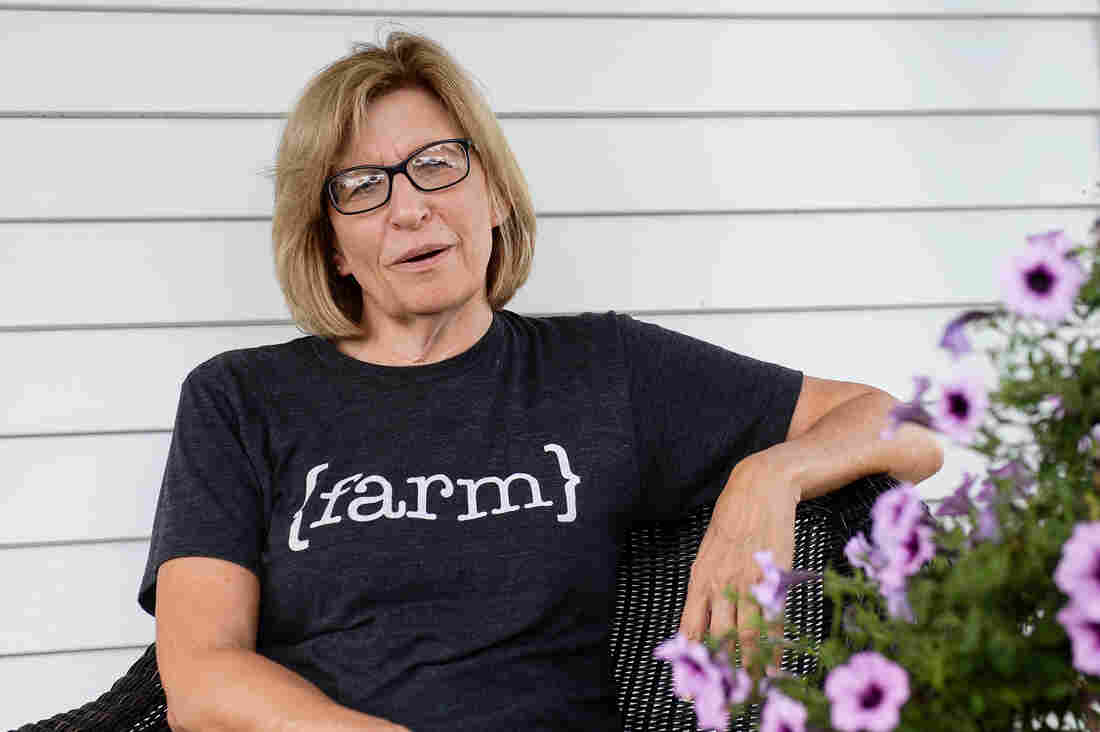 Rita Hart filed in late December to challenge the results under the Federal Contested Elections Act.

In a more detailed 71-page brief, Hart’s attorney, Marc Elias, argues that ballots should not have been throw out if the error was the result of election administrators or “circumstances outside the voter’s control.”

“Contestant Hart initiated this contested election case to vindicate the promise of our democratic system: that the representatives who serve us have been selected by the votes of their constituents, not the errors and caprices of election administrators,” the brief states.

“It is the committee’s constitutional duty to investigate all of these claims,” said Chairwoman Zoe Lofgren, D-Calif., at a March 10 committee meeting. “Today none of us can state with confidence who actually won this election.” The Constitution gives both the House and Senate authority to decide how to seat its members, and the Federal Contested Elections Act grants the authority to review House elections to the House Administration Committee.

While it is not unusual for defeated candidates in close races to petition the House to review their election, the House has almost never sided in favor of a petitioner. Since 1933, 110 campaigns have requested that the panel review an election, according to a committee aide. In all but three cases, those petitions were rejected, according to the nonpartisan Congressional Research Service. In one case, the House agreed to seat no one and left the seat vacant.

“Our committee should not be moving forward with overturning our colleague’s state-certified election. [Miller-Meeks] is a sitting member of Congress with all of the same rights and privileges as each and every one of us,” said Rep. Rodney Davis of Illinois, the top Republican on the committee, at the March 10 meeting. Republicans have noted that Hart’s campaign opted not to challenge the election results in Iowa court, but rather through a partisan House process with a Democratic advantage.

There are growing political tensions around this particular challenge in the House, where relationships between Democrats and Republicans have deteriorated since the attack on the U.S. Capitol on Jan. 6, the day of the certification of the Electoral College vote results. On that day, 139 House Republicans voted to object to state-certified results in Arizona and Pennsylvania after extremists ransacked the Capitol. Now, Democrats are in control of a process to decide whether to overturn a certified election result.

Democrats maintain that there is nothing unethical about reviewing an election with a historically close margin in an established legal process. “It should not be surprising that any candidate in these circumstances would choose to exercise their rights under the law to contest the results,” said Peter Whippy, a Democratic spokesman for the House Administration Committee.

However, with a narrow 219-211 current majority, some Democrats are aware that the review could be cast as a power grab to pad their margin in the House. “Losing a House election by six votes is painful for Democrats. But overturning it in the House would be even more painful for America. Just because a majority can, does not mean a majority should,” tweeted Rep. Dean Phillips of Minnesota, a centrist Democrat.

Losing a House election by six votes is painful for Democrats. But overturning it in the House would be even more painful for America. Just because a majority can, does not mean a majority should. https://t.co/pXaOYBIMue

There is no timeline for wrapping up the election review, although Lofgren has said she would like to resolve the matter this spring. The committee could vote to dismiss the case or make a recommendation to overturn the election result, which would require a majority vote of the full House to take effect.

Attorneys for the two sides have until March 29 to submit follow-up briefs.

Tue Mar 23 , 2021
A Bellingham homeless camp was supposed to be dismantled last Friday, but it remains in the middle of a residential neighborhood. BELLINGHAM, Wash. — Bellingham’s Laurel Park used to be a place where kids and parents would play, students from nearby Western Washington University would have picnics and senior citizens […] 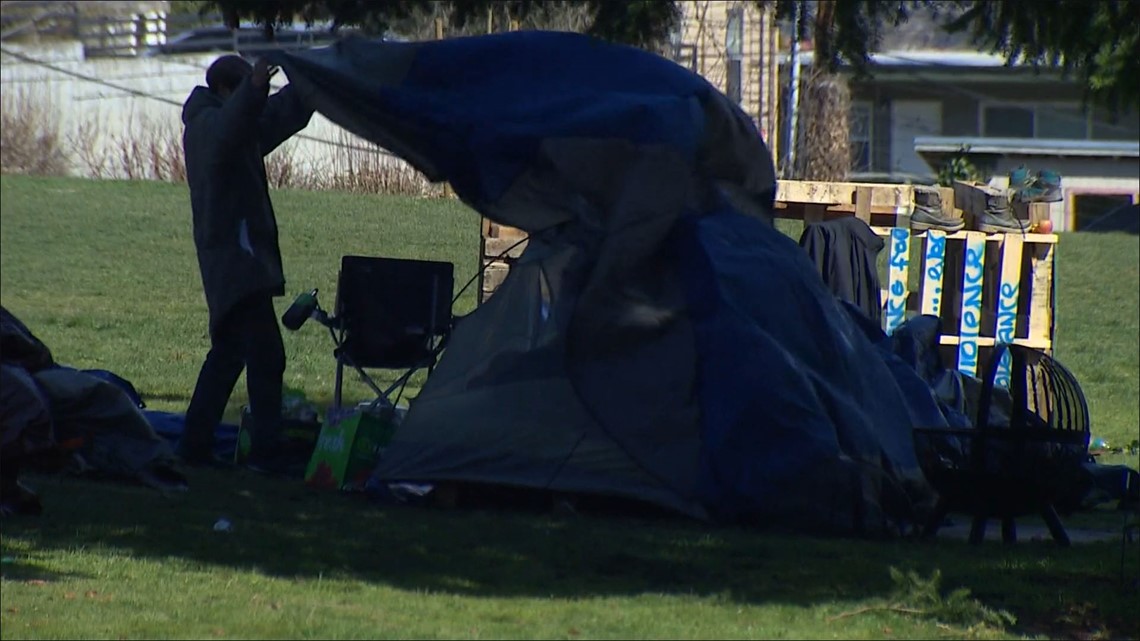