Democrats failed to place a candidate in the final round of balloting for a House seat from Texas, leading some in the party to say on Sunday that the Democrats’ national campaign groups should have invested more in competing for a winnable seat. Susan Wright, a GOP activist and the […]

Democrats failed to place a candidate in the final round of balloting for a House seat from Texas, leading some in the party to say on Sunday that the Democrats’ national campaign groups should have invested more in competing for a winnable seat.

Susan Wright, a GOP activist and the widow of Rep. Ron Wright, was the top vote-winner among 23 candidates in a special election Saturday and will advance to a runoff election to replace her late husband. She will face Rep. Jake Ellzey, also a Republican, who was the second-highest vote-winner.

A Democrat, Jana Lynne Sanchez, trailed Mr. Ellzey by about 350 votes, or 0.4 percentage point, and conceded the race.

“Democrats have come a long way toward competing in Texas, but we still have a way to go,” Ms. Sanchez, one of 10 Democrats in the race, said in a statement. Ms. Sanchez had run against Mr. Wright in 2018 and lost.

The race will go to a runoff because no candidate won over 50% of the vote. That election hasn’t yet been scheduled.

Texas Democrats were smarting over what some viewed as an early chance to build on President Biden’s gains in the Fort Worth-area district. Once a reliably deep-red district, it gave former President

Ms. Sanchez said in an interview ahead of Saturday’s election that she was likely to make the second round of voting, after which she hoped an investment would come from the House Democrats’ campaign arm, the Democratic Congressional Campaign Committee.

She said that an endorsement from the party’s national campaign group in the first round of balloting could become a liability, as voters might then view the candidate as a pawn of the Washington establishment. “Assuming we have a Democrat in the runoff, and it’s me, we’ll be able to say I wasn’t chosen by D.C.,” she said. “But, then, I would like their help.”

Democrats currently hold a 218-212 House majority. It will grow by one when Troy Carter, a Louisiana Democrat elected last month, is sworn in. There will be three more special elections in reliably blue districts later this year.

Stephen Daniel, the party’s 2020 nominee for the district, who lost to the late Mr. Wright, said the results in the Saturday primary showed that a Democrat had a good chance to make the runoff and that the DCCC should have helped with organizing work to boost turnout.

“The only thing I can say is Republicans came out to vote, and it looks like Democrats really didn’t,” said Mr. Daniel, who decided against running again this year.

“At the end of the day, I think if the DCCC would’ve stepped in to drive a little more Democratic turnout, we most likely would’ve had a Republican versus a Democrat in the upcoming election,” he said.

Joe Trippi, a longtime Democratic strategist who worked on a super PAC supporting Ms. Sanchez, complained about the presumption that Ms. Wright would ultimately win the seat. “I think a lot of Washington just assumed that she would walk away with it,” he said. “If you don’t fight, you know, the narrative is you lose them all.”

Responding to the criticism, Chris Hayden, a spokesman for the DCCC, said in a statement: “We’re focused on protecting the House majority and defeating vulnerable Republicans who voted against Covid relief. Meanwhile, Republican groups poured hundreds of thousands of dollars into a Republican seat to ensure Trump’s candidate won.”

Democrats will be on defense next year as they try to hold on to their thin majority amid historical currents that favor the party out of power. Moreover, House districts across the country will be redrawn this year to reflect new census data, a process that experts say is likely to benefit Republicans.

Dave Wasserman, the House editor of the nonpartisan Cook Political Report, said Sunday on Twitter that Texas Republicans would redraw the district lines to their advantage before the 2022 election, and so Democrats “were right not to throw away millions’’ on the special election.

“Susan surged after I gave her an endorsement last week. Her wonderful husband is looking down, and is very proud of her!” Mr. Trump said in a statement Sunday, congratulating Ms. Wright for securing the spot in the runoff.

Republican candidate Michael Wood had hoped that the party was ready to move on from the former president. He ran openly against Mr. Trump and had the backing of

Mr. Wright died earlier this year at the age of 67, at the start of his second term in the House, after being hospitalized for Covid-19. He was also undergoing cancer treatments.

Corrections & Amplifications
Rep. Ron Wright died in February at the age of 67. An earlier version of this article incorrectly said he died earlier this month.

Mon May 3 , 2021
Greg McKeown became a bestselling author by teaching people how to prioritize their lives, to distinguish the “trivial many” choices before them from the “vital few.” So it was humbling for him to realize he’d built his “Essentialism” plane without a vital part: Advice on what to do when, after […] 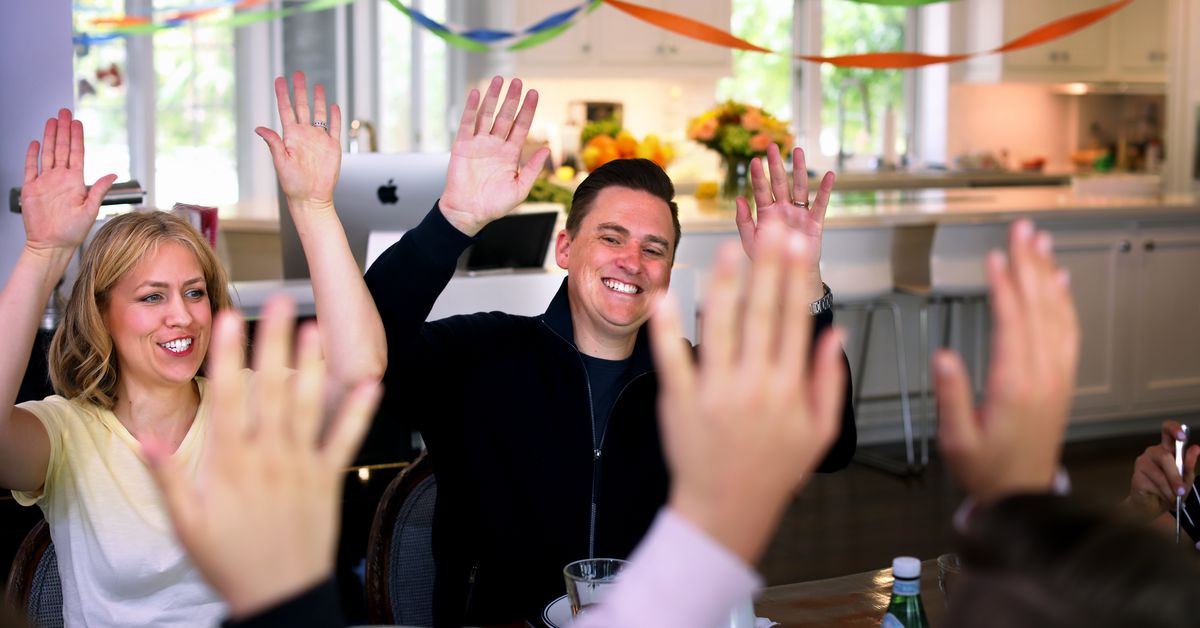