It was not immediately clear which vaccine or how many doses each had received. The revelation comes after the former President urged his followers to get vaccinated for the virus during his speech at the Conservative Political Action Conference in Orlando, Florida, on Sunday, telling the audience, “How unpainful that […]

It was not immediately clear which vaccine or how many doses each had received.

The revelation comes after the former President urged his followers to get vaccinated for the virus during his speech at the Conservative Political Action Conference in Orlando, Florida, on Sunday, telling the audience, “How unpainful that vaccine shot is, so everybody go get your shot.” That encouragement marked a notable shift as Trump, during his time in office, had long dismissed the gravity of the virus and eschewed practices like social distancing and mask wearing.
CNN previously reported that a White House official had said in mid-December that Trump wouldn’t be administered a coronavirus vaccine until it was recommended by the White House medical team.
Trump’s decision to quietly receive the vaccine, without public fanfare, contrasts sharply with his successor and predecessors. President Joe Biden and Vice President Kamala Harris were each vaccinated on live television in December, and former Presidents Barack Obama, George W. Bush and Bill Clinton volunteered in December to get their Covid-19 vaccines on camera to promote public confidence in the vaccine’s safety.
Former President Jimmy Carter has also been inoculated against the virus.

During his CPAC speech, Trump, who oversaw the rapid development of coronavirus vaccines through the Operation Warp Speed task force, said his administration deserves much of the credit for the current pace of vaccinations in America and repeatedly referred to Covid-19 using a racist term. “Never let them forget this was us. We did this,” he said of the vaccine development.

The former President’s speechwriting team from his days at the White House had returned to duty to assist him in drafting his Sunday address to the conference, an adviser told CNN on Monday. Among those speechwriters was Trump’s former top domestic policy adviser, Stephen Miller.

Trump’s remarks on vaccine development ran counter to CNN reporting in January that Biden and his advisers weren’t inheriting any coronavirus vaccine distribution plan from the Trump administration.

In the immediate hours following Biden being sworn into office on Wednesday, sources with direct knowledge of the new administration’s Covid-related work told CNN one of the biggest shocks that the Biden team had to digest during the transition period was what they saw as a complete lack of a vaccine distribution strategy under Trump, even weeks after multiple vaccines were approved for use in the United States.

This story has been updated with additional reporting.

Mooving in: Kansas family welcomes calf as one of their own

Tue Mar 2 , 2021
TURON, Kan. — Holy cow! The Geesling family grew by one last week, but it wasn’t like anyone in the family anticipated. One of their cows gave birth to a calf several weeks early. When the cow either couldn’t, or wouldn’t, care for the calf, Garrett Geesling stepped in to […] 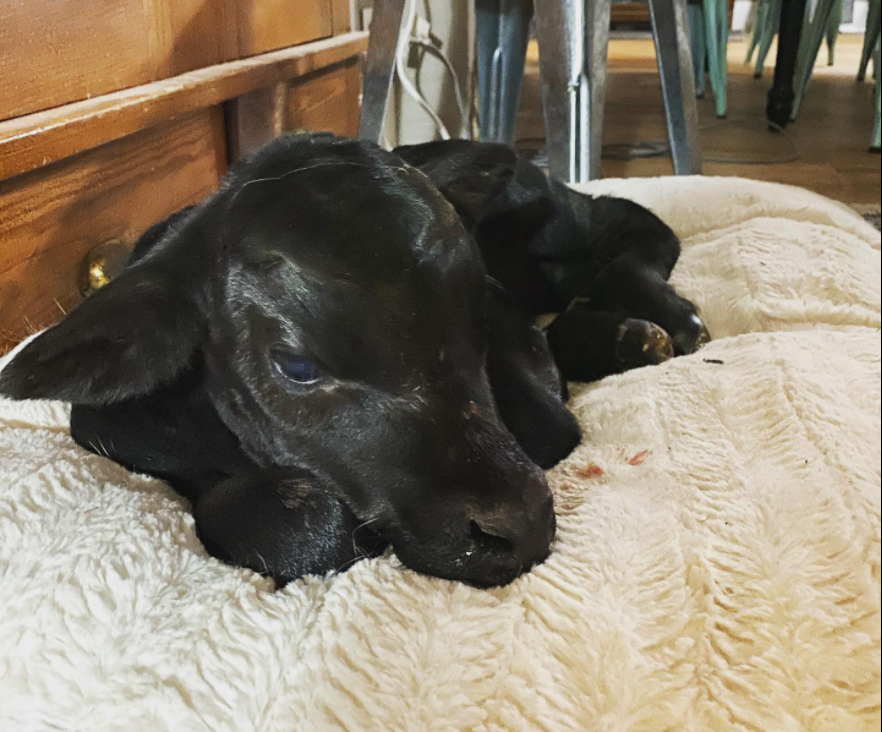