With just days left in the school year, masks dominated the conversation at the Hamilton County school board meeting Thursday night. The mask debate — and the time frame attached to it — came to a head at the end of the meeting with the school board’s 5-3 vote to […]

With just days left in the school year, masks dominated the conversation at the Hamilton County school board meeting Thursday night. The mask debate — and the time frame attached to it — came to a head at the end of the meeting with the school board’s 5-3 vote to continue the district’s mask policy through the end of the year on May 27.

School board member Rhonda Thurman brought the issue to a vote at the tail end of the meeting, saying she wanted to get clarification for families about mask wearing in school-age child care, buses and graduations.

The school district’s phased reopening plan included wearing masks to avoid spreading COVID-19, with masks required for grades 3-12 and optional for K-2. On Monday, they shared a social media post stating that masks become optional for students and teachers June 1.

The decision spurred a plan by parent groups to protest the meeting, saying they want to choose if their children wear masks ahead of the assigned date. Three parents addressed the school board with differing viewpoints about the mask rule as dozens stood outside the board room with signs, occasionally chanting “no more masks.”

Hamilton County parents Angie Nunley and Larissa Robinson addressed the school board and spoke out against masks, saying the board and school district were not considering parent choice in the matter. Nunley said her daughter was suffering dizziness that her doctor attributed to wearing a mask at school, while Robinson said she and other parents wanted to make the choice about masks for their children.

Parent Justin Wilkins addressed the board in favor of keeping the requirement and said the community should come together to protect the health of students.

“The health and safety requirements like masking has kept COVID out, parents at work, vulnerable children safe, and so my question would be can we all not just suck it up a few more days, not for ourselves but for each other, to keep the vulnerable safe in our community,” Wilkins said to the board. “Look, my kids don’t like wearing masks either, but they understand that the requirement to wear them isn’t an infringement on their liberty that’s destroying this country, but it’s what they do to protect the vulnerable children in their classroom and their friends so that we can get through this crisis together.”

Angela Favaloro from parent group Chattanooga Moms for Social Justice said she agreed with maintaining the mask requirement because the district and families committed to the district’s SAFE Pledge and because most students are not yet fully vaccinated against COVID-19.

“We’re down to two weeks left of school, we hit this window now where vaccinated people, as of today, CDC put out new guidelines that we can really get out and have fun and get back to new normal, but our kids aren’t quite in that group yet,” Favoloro told the Times Free Press before Thursday’s meeting. “There is no way that even today if every one of our students were inoculated would they actually be considered immunized, because they wouldn’t have both doses and have time to come fully inoculated. It seems like an impatient move to push for the last two weeks of school.”

Some board members also addressed the number of days left in the school year before the vote.

Board member Joe Smith said he supported Thurman’s motion and it would give families something to look forward to as the year ends.

Board member Tucker McClendon said he would have supported the idea had it come earlier in the semester.

“We have done a great job in this county, and our administration has done great with what we laid onto them, so I’m not going to support the motion, although I wish I could, but with everything that has transpired, we have nine days left,” McClendon told the board.

Lisa Willard, the parent who organized the protest, said she is disappointed by the board’s vote but was glad that more parents got involved in the school board meeting.

Tue May 18 , 2021
Get essential education news and commentary delivered straight to your inbox. Sign up here for The 74’s daily newsletter. In the early months of the pandemic, Melissa Maniego managed to work from home. Her job as an administrator at a staffing agency gave Maniego the flexibility to help her daughter […] 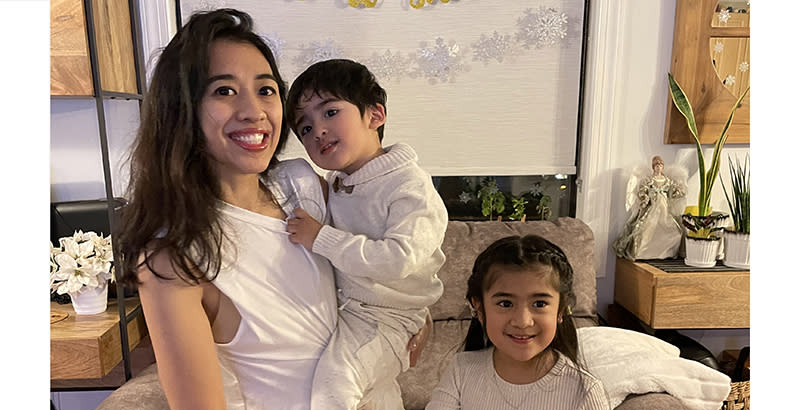