With the budget resolutions in place, Democrats would be able to get to work in earnest on writing Biden’s proposed relief bill into law — and ultimately pass it without any Republican votes if necessary, though they continued to insist that is not their preference. Biden said Wednesday that “I […]

With the budget resolutions in place, Democrats would be able to get to work in earnest on writing Biden’s proposed relief bill into law — and ultimately pass it without any Republican votes if necessary, though they continued to insist that is not their preference.

Biden said Wednesday that “I think we’ll get some Republicans.” He made the remark as he met in the Oval Office with Senate Majority Leader Charles E. Schumer (D-N.Y.) and the Senate committee chairs who will be responsible for writing the legislation.

Biden has courted Senate Republicans, and repeatedly expressed the desire to get their support. But he and his advisers have made increasingly clear that any such agreement must be on Biden’s terms, and that he will not compromise on the $1.9 trillion price tag or major components of his relief legislation, which comes at a moment of economic need for the nation and with Democrats in control of both chambers of Congress and the White House.

Earlier Wednesday, the president told House Democrats on a conference call: “We need to act. … We need to act fast,” according to two people on the call who spoke on the condition of anonymity to relay his comments.

“It’s about who the hell we are as a country,” Biden said on the call.

Biden’s approach is informed by his experience as vice president during the Obama administration, including helping to negotiate a $787 billion rescue package during the 2008 financial crisis that many economists later concluded should have been bigger. White House press secretary Jen Psaki has said repeatedly that Biden is more concerned about his relief bill being too small than too big.

But most Republicans are opposed to spending another nearly $2 trillion after devoting some $4 trillion to fighting the pandemic through a series of five bipartisan bills last year, including a $900 billion measure passed in December.

The “budget reconciliation” bills passing this week simply set spending levels for committees and instruct them to report back with legislation, so the real fights over the contents of the package are still to come. Those are likely to be fierce, even if it’s just Democrats fighting among themselves, because Democrats have a narrow majority in the House and the Senate is split 50-50 between the parties, with Vice President Harris’s tiebreaking vote giving Democrats the majority.

If Republicans stay united against Biden’s proposal, as is looking likely, any individual Democratic senator will have outsize influence to make demands. Already, the Biden team has been working with aides to Sen. Joe Manchin III (D-W.Va.), the most conservative Senate Democrat, who has raised whether the relief package could be more targeted.

Biden’s plan includes an array of proposals including $1,400 stimulus checks, an increase in and extension of unemployment benefits that are set to expire in mid-March, an increase in the federal minimum wage to $15 an hour, about $350 billion for cities and states, around $130 billion for schools, and $160 billion for vaccines, testing and other help for the health-care system.

In debate on the House floor, Republicans took turns criticizing Democrats and the president for choosing to go down a partisan path after Biden campaigned on promises to make bipartisan deals and unify the nation. They criticized his relief package as a liberal wish list disguised as a coronavirus relief bill.

“Democrats in Washington are setting up a partisan process to have the vice president cast the decisive vote in the Senate on an array of radical policies,” said Rep. Jason T. Smith (R-Mo.), the top Republican on the House Budget Committee. “Their plans are to try to use this pandemic to seize more government control of your life.”

Democrats countered that Republicans have not offered solutions to meet the needs of the country at a time of continued high unemployment and with more funding for vaccines urgently needed as variants of the coronavirus emerge.

“We cannot afford to slow down our response to these urgent crises while Republicans decide if they want to help or not,” said House Budget Committee Chairman John Yarmuth (D-Ky.). All Republicans voted “no” on the budget bill Wednesday night, while all Democrats except for two — Ed Case of Hawaii and Jared Golden of Maine — voted in favor.

The intensifying debate over the stimulus comes amid weeks of elevated jobless claims and fears that a more transmissible form of the coronavirus could cause further economic pain. The monthly jobs report for January will be released Friday, providing a snapshot of the American economy that could bolster or deflate Biden’s push for a large stimulus package.

Biden earlier this week met with a group of 10 Senate Republicans who offered a $620 billion counterproposal to his $1.9 trillion plan. Democrats have panned the GOP plan as inadequate, and Psaki started the White House briefing Wednesday by emphasizing the differences between the Republican plan and the president’s. She pointed out that Biden’s plan would offer significantly larger stimulus payments, and unemployment benefits that would last through the fall instead of expiring during the summer as under the GOP plan, among other differences.

Psaki also criticized a new study by the Wharton School of the University of Pennsylvania that found that more than 70 percent of the stimulus payments would be saved rather than spent. Psaki called that analysis “way out of step with the majority of studies,” citing research from the Brookings Institution and JPMorgan Chase.

Psaki said Biden’s stimulus had bipartisan support because it was backed by most Republican voters, despite appearing to be rejected by all congressional Republicans.

Pressed on whether the amount of state and local aid in the bill was up for negotiation, Psaki said the White House would welcome an offer from Senate Republicans, noting that the plan from 10 GOP lawmakers included no additional state relief.

Psaki said the income threshold for the $1,400 stimulus payments remains “under discussion” and has not been finalized. “Further targeting means not the size of the check — it means the income level of people who receive the check,” she said. Biden’s original plan called for phasing out checks for individuals making $75,000 and couples making $150,000, but Democrats are eyeing lowering those levels to $50,000 and $100,000, respectively.

Despite the GOP criticism of the partisan “budget reconciliation” approach, it’s a tool both parties have used. Republicans used budget reconciliation to pass their big tax-cut bill after President Donald Trump took office. And Obama used it for key legislation to amend the Affordable Care Act, after months of fruitless negotiations with Republicans yielded no GOP support for the ACA — another lesson for Biden from the Obama years.

They are some of Australia's best known siblings - but do you recognise them? 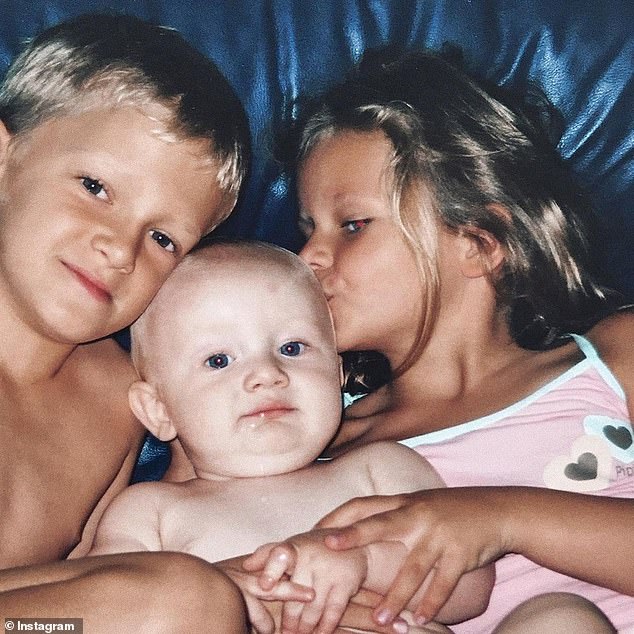