The so-called “Protecting Critical Thinking in Higher Education Act,” a bill dealing with free speech on college campuses, passed the House Friday on nearly a party-line vote. Conservative supporters say the proposal is meant to protect students’ First Amendment rights, while some Democratic House members condemned the bill’s language and […]

Bill sponsor Rep. Barbara Ehardt, R-Idaho Falls, said her proposal is intended to restrict public colleges from creating their own speech codes and stop institutions from determining “what can and can’t be said” on campus.

Rep. James Ruchti, D-Pocatello, a lawyer, took issue with the minimum $5,000 in damages that state schools and professors might be ordered to pay.

“It really just makes it easier to file lawsuits against universities,” said Ruchti, explaining that attorneys might have more financial incentive to pick up cases they otherwise wouldn’t.

And though Ehardt told the House Education Committee Wednesday that passing this bill has been among her top three priorities for the legislative session since January, the timing of its introduction has not gone unnoticed by fellow lawmakers.

Within the last 10 days, the House has killed the state’s higher education budget and a bill funding K-12 teacher salaries, a pair of appropriations that add up to $1.4 billion. Both were shot down over concerns of a social justice “agenda” or critical race theory being forwarded in Idaho classrooms. Hardline conservatives want cuts to the higher ed budget. They want “intent language” in the teachers’ budget bill to bar educators from teaching the content lawmakers are opposed to.

It’s unclear whether Ehardt’s bill could serve as a substitute to higher education budget cuts that some have requested. But it is clear that some Republicans think her bill could be the linchpin to passing a budget at all.

“I feel like we are stuck,” Rep. Codi Galloway, R-Boise, said in a Wednesday committee hearing. “We’re doing our job as the germane Education Committee to find a solution so we can finish our appropriations.”

Education Committee Chairman Lance Clow, R-Twin Falls, said he would have preferred to hold Ehardt’s bill in committee until concerns about its language are addressed through revisions, “but I think our budgets are tangled up in all this stuff.”

Ruchti argued, whether a student is advocating for Black Lives Matter or conservative values, the perception that they were discriminated against gives students “the perfect vehicle” to file a lawsuit. Rep. John McCrostie, D-Garden City, argued staff couldn’t ask a student to take “a KKK poster” down for fear of lawsuits. The bill applies to speech and free expression in and outside the classroom.

But Ehardt said similar legislation has been passed in 17 other states, and “lawsuits ceased.”

The proposal comes just a month after Boise State University suspended all of its University Foundations 200 courses amidst allegations that students were harassed because of their personal views. After contracting with a private law firm to investigate the matter, BSU resumed the classes in an online, asynchronous format.

The Idaho Freedom Foundation, a hardline libertarian group, has pointed to the Boise State case as a flashpoint of anti-conservative censorship in college classrooms. IFF also declared “victory” after the teacher salaries budget was defeated and issued its “congratulations” to the House members after they sunk the higher ed budget.

While social justice debates continue, the Joint Finance-Appropriations Committee is yet to draw up revised budgets for higher education or teacher salaries. Aside from the teacher salary bill, the House also has four other K-12 budgets it must approve before the session ends. None have seen a vote.

The free speech bill passed 56-12. The only Democratic “yes” came from Boise’s Colin Nash.  The only Republican “no” was from Dustin Manwaring of Pocatello.

The bill now heads to the Senate, which will return Monday after a two-day recess it took while waiting for the House to pass budget legislation.

School board recalls could be reshaped

The House passed a bill to change how school districts replace recalled trustees.

When school board trustees resign or are recalled, remaining board members appointing a replacement to serve the rest of the trustee’s term. House Bill 350 would change that, so that trustees who are recalled or resign while facing a recall would be replaced through an election. If a seat opens more than 90 days before the next election date, the board would appoint a temporary replacement.

“It leaves it to the voice of the people to decide who that member would be,” said Ehardt, advocating for the change.

Rep. Sally Toone, D-Gooding, said the change was unnecessary. “We have had a process in place that has worked.”

The bill passed overwhelmingly, 55-14, and now crosses the rotunda.

Sat Apr 17 , 2021
WASHINGTON (NEXSTAR) — House Democrats are celebrating the passage of the Paycheck Fairness Act, a bill designed to close the gender wage gap. Rep. Rosa DeLauro, D-Conn., says she believes the country is ready to make equal pay for women a reality. “It’s a new time, it really is,” DeLauro […] 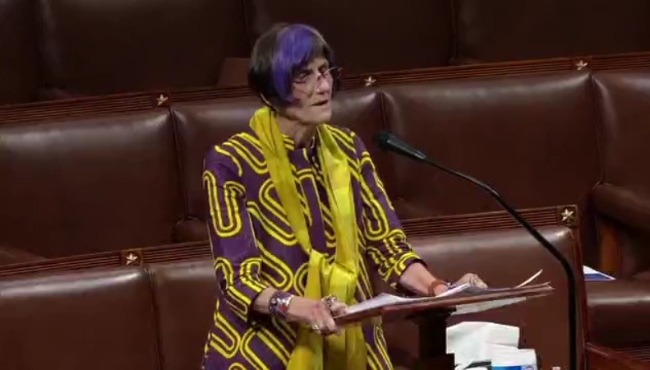