Republican members of the House Administration Committee are requesting a hearing with the Capitol Police Board, which oversees the police force, to discuss security preparations leading up to the Jan. 6 insurrection.

A hearing convened with all of the Capitol Police Board’s voting members — the House and Senate sergeants-at-arms as well as the Architect of the Capitol — would be the first since 1945, the GOP lawmakers noted.

The letter, released on Monday, added that the board’s “structure is flawed, leading to slow reactions to crises and politically driven decision-making.”

Ex-Capitol Police chief Steven Sund has said that he asked the now-former House and Senate sergeants-at-arms ahead of Jan. 6 for permission to request placing the D.C. National Guard on standby in case police needed reinforcements to help control the expected pro-Trump crowd. Sund has said both sergeants-at-arms turned down his request, with Paul Irving, the House sergeant-at-arms at the time, saying he wasn’t comfortable with the “optics” of formally making an emergency declaration ahead of the Electoral College proceedings.

The U.S. Capitol Police (USCP) chief serves in an ex-officio nonvoting capacity on the Capitol Police Board. Architect of the Capitol J. Brett Blanton, meanwhile, has said that he was not informed of Sund’s request leading up to Jan. 6.

“When warranted, the [board] has the serious responsibility to make the decision to declare an emergency, a determination required to authorize the USCP Chief to call in the National Guard. However, on January 6th, the [board’s] bureaucratic structure and partisan membership crippled its rapid response capabilities and decision-making abilities, and the United States Capitol Complex remained in chaos and without National Guard assistance for hours,” Davis, Loudermilk and Steil wrote.

The House and Senate sergeants-at-arms are appointed by congressional leaders, while the Architect of the Capitol is nominated by the president and confirmed by the Senate. Former President Trump

Lofgren said at a hearing with Capitol Police inspector general Michael Bolton last month that the structure of the Capitol Police Board “needs to be reviewed.”

Lofgren said Friday that Bolton’s latest report, which focused on threat assessment and counter-surveillance operations, “identified troubling deficiencies.” Lofgren said that she will convene another hearing with Bolton in the coming weeks to discuss his findings and recommendations.

Kids Can’t Get The COVID-19 Vaccine Yet. How Much Of A Risk Do They Pose To The Rest Of Society?

Mon May 3 , 2021
Young kids are extremely unlikely to suffer serious complications from COVID-19. It’s weird. Nobody entirely understands why. But you know what? I’m sold. It’s been a tough year — let’s take our wins where we can. Particularly when, as several news outlets have reported in recent weeks, this is good […] 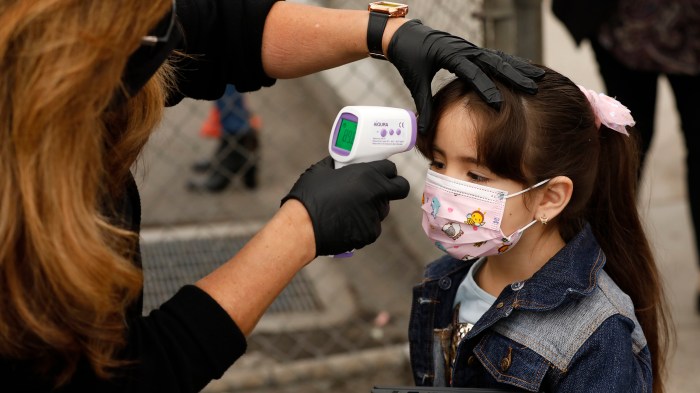