LEBANON, Mo. (KY3) – One man was sent to the hospital Thursday afternoon after a house explosion in a Lebanon, Missouri neighborhood. Lebanon Fire Chief Sam Schneider says it happened around 2:45 p.m. Thursday in the 100 block of Cedar Crest Drive. Schneider says Lebanon fire crews were responding to […]

LEBANON, Mo. (KY3) – One man was sent to the hospital Thursday afternoon after a house explosion in a Lebanon, Missouri neighborhood.

Schneider says Lebanon fire crews were responding to a small house fire nearby, then were notified of a “structural collapse.”

Neighbors said they could hear feel the explosion.

“It happened so fast, but just such a forceful feeling,” neighbor Cheryln Slawson said. “You know like, wow what happened?”

A man was lying outside the home and immediately treated at the scene. He was then airlifted to a Springfield hospital. His exact condition is unknown.

One man who lives right next door says he is hard of hearing and when he walked outside he was baffled to see what happened.

“Oh gosh. The destruction. Everything all over the yard,” neighbor Steve Hemphill said. “The house bent down as it is now. Neighbors all in there trying to help him.”

Slawson said she was at her sister’s house when it happened. She said the explosion was so sudden it even knocked her down.

Others who do not even live in the neighborhood said they felt the explosion.

“It was a solid boom and then everything shook,” said Austin Holloway, who lives in nearby apartment complex. And the sound carried in my ears. And it rang solidly. Every glass was tinkling and rattling. Everything in the house was shaking for at least thirty seconds. It was amazing.”

Holloway said he wondered all day what caused the sudden rumble.

“I sat there for several minutes trying to just catch my breath from the explosion,” he said. “It was just, I was awestruck from the power of the blast.”

“That wall, it’s outside of his wall, part of it is on the ground at the base of my house,” he said. “It looks like it hit my house and slid down.”

Others next door are just hoping their neighbor is okay.

“This neighborhood and these few little houses that knew him, come together and done what they could,” Slawson said. “I’m wondering if he is okay. I’m concerned about him.”

The fire Chief says propane was secured from the home.

One neighbor said the homeowner just had his propane refilled Thursday.

To report a correction or typo, please email [email protected]

When the next stimulus checks go out, how much will your family get?

Fri Feb 19 , 2021
When the next stimulus checks go out, how much will your family get? With House Speaker Nancy Pelosi and the other Democrats who run Congress racing to get relief legislation on President Joe Biden’s desk by mid-March, a third $1,400 stimulus check could be just weeks away. How much your […] 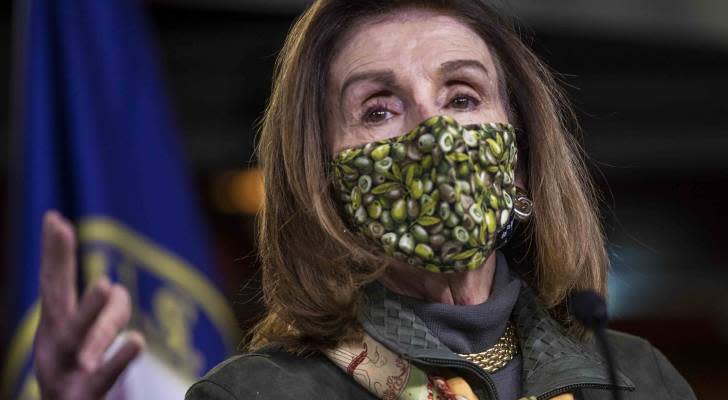