WASHINGTON — Moderate Democrats say they are growing increasingly frustrated with their leadership’s strategy of passing high-priority agenda items without trying to get Republican support, warning that nothing liberals hope to accomplish will become law. “We’re not interested in just passing a bunch of partisan bills that sit in the […]

WASHINGTON — Moderate Democrats say they are growing increasingly frustrated with their leadership’s strategy of passing high-priority agenda items without trying to get Republican support, warning that nothing liberals hope to accomplish will become law.

“We’re not interested in just passing a bunch of partisan bills that sit in the Senate without action,” Rep. Josh Gottheimer, D-N.J., said. “There’s a feeling among many of us that we’re here to govern. The issues are far too important, and it will take bipartisan work to make it happen.”

Now that the House has passed the $1.9 trillion Covid-19 relief bill, the Democratic-led chamber is focused on the party’s agenda, including LGBTQ rights, police reform, equal pay, the Violence Against Women Act, the Dream Act, an agriculture worker immigration bill, voting rights and two gun bills.

Some are priorities that Democrats and President Joe Biden promised on the campaign trail. And most are proposals that Republicans have showed some interest in — including some who have voted for previous versions of LGBTQ rights, police reform and immigration — but who now say Democrats are making no effort to find common ground.

That means the bills the House is about to approve have little to no chance of getting a filibuster-breaking 60 votes in the Senate, which would require the support of at least 10 Republicans.

“You disincentivize action when you legislate that way,” Gottheimer, a co-chair of the bipartisan Problem Solvers Caucus, said.

The alternative would be for Democrats in the House to work on bills through the committee process and allow Republican amendments and negotiations, giving responsibility to committee chairs to write legislation that can get bipartisan support instead of bills that simply include what liberals want.

The House Democratic leadership has been plotting the quick passage of its agenda and instituted a rule that allows any bill passed in the last Congress to bypass the committee process and go straight to the floor for a vote before April 1.

In a Monday night meeting, House Speaker Nancy Pelosi, D-Calif., defended her strategy, telling her leadership team that in the next few weeks, they will pass a series of bills that would enact Democratic priorities and won’t seek Republican input, according to one source familiar with the discussion. No one in the meeting challenged her, the source said.

President Joe Biden has sent two proposals to Congress — an immigration bill and the Covid-19 relief proposal — both which were written to include liberal wish lists and not win over any Republican votes.

The House Democratic leadership must balance the desires of a diverse caucus, which includes progressives who are advocating for bold legislation and moderates from swing states. Some on the left want to take advantage of the moment and are calling on their colleagues in the Senate to simply kill the filibuster and enact the most progressive proposals without any Republican support.

“We should be as bold and ambitious as our caucus will bear in the House,” Rep. Veronica Escobar, D-Texas, said. “We should not negotiate against ourselves.”

One House leader pointed to polls instead of the voting rolls to defend the approach.

“We believe these bills enjoy overwhelming support among Democrats, Republicans and independents among the American people — frankly, we don’t know why that support, particularly in terms of Republican support, doesn’t translate to the members of the House or the Senate,” House Majority Leader Steny Hoyer told reporters Tuesday.

When the House votes on the George Floyd police reform bill this week, it is expected to win no Republican support, though three Republicans backed a nearly identical bill last year.

Some moderate Democrats tried to negotiate the bill with Republican colleagues, but those talks fell apart after Democratic leaders decided not to make any changes to qualified immunity, a component of the bill that would increase police officers’ personal liability.

Rep. Fred Upton, R-Mich., is one of two Republicans still in Congress who backed the police reform bill last year but doesn’t plan to vote for it this year. His spokesman pointed to a previous statement that noted Upton wanted changes to the qualified immunity provision.

Rank-and-file moderate Democrats say they will continue to try to negotiate.

“Like most, I believe reforms are necessary, and I believe a ‘good faith’ effort could still yield a measure that could become law — and that’s what I’m encouraging,” Rep. Dean Phillips, D-Minn., said about the George Floyd bill.

A similar situation played out last week when the House voted on the Equality Act, a bill that expands LGBTQ rights. Two Republicans who supported the bill in 2019 and remain in Congress voted against it this time as Democratic leaders chose not to change the bill in order to garner bipartisan support.

“House Democratic leadership had ample time to make these changes, but sadly, they ignored multiple good-faith efforts by my colleagues and instead doubled down on some of the most troubling issues, including sabotaging religious freedom,” Rep. Mario Diaz-Balart, R-Fla., said in a statement.

Sen. Susan Collins, R-Maine, was previously a co-sponsor of the Equality Act, but is now undecided on how she will vote because Republicans have been locked out of the negotiating process.

“The Equality Act was a starting point for negotiations, and Sen. Collins agreed to introduce it with the agreement that all of the co-sponsors would work together to make further changes,” Collins’ spokeswoman Annie Clark said. “Unfortunately, they were unwilling to work out those changes.”

‘Points on the board’

With a slim four-seat Democratic majority in the House, moderates are threatening to use their power to force concessions.

A group of at least eight moderates had a minor win Monday night when they threatened to derail H.R. 1, the House Democrats’ signature legislation, which aims to expand voting access and campaign transparency, over their opposition to public financing of elections.

Exerting that power may become a survival technique.

Moderate Democrats largely represent districts that are also moderate and therefore more likely to replace them with a Republican in the midterm election.

The National Republican Congressional Committee (NRCC) has already released a list of 47 House Democrats it plans to target, including Gottheimer and Phillips.

“We need to put points on the board. We need to deliver for the American people,” said Rep. Stephanie Murphy, D-Fla., a leader of the moderate Blue Dog Coalition, who is also an NRCC target.

She is weighing a run for the Senate.

“We need to demonstrate to the American people we can govern and make their lives better,” she said, adding, “and sometimes that means by making incremental change.”

Opinion | The Biden and Romney Family Plans Go Too Far

Tue Mar 2 , 2021
Money itself does little to address many of poverty’s root causes, like addiction and abuse; unmanaged chronic- and mental- health conditions; family instability; poor financial planning; inability to find, hold or succeed in a job; and so forth. Effective anti-poverty policy provides resources in ways that also help resolve such […] 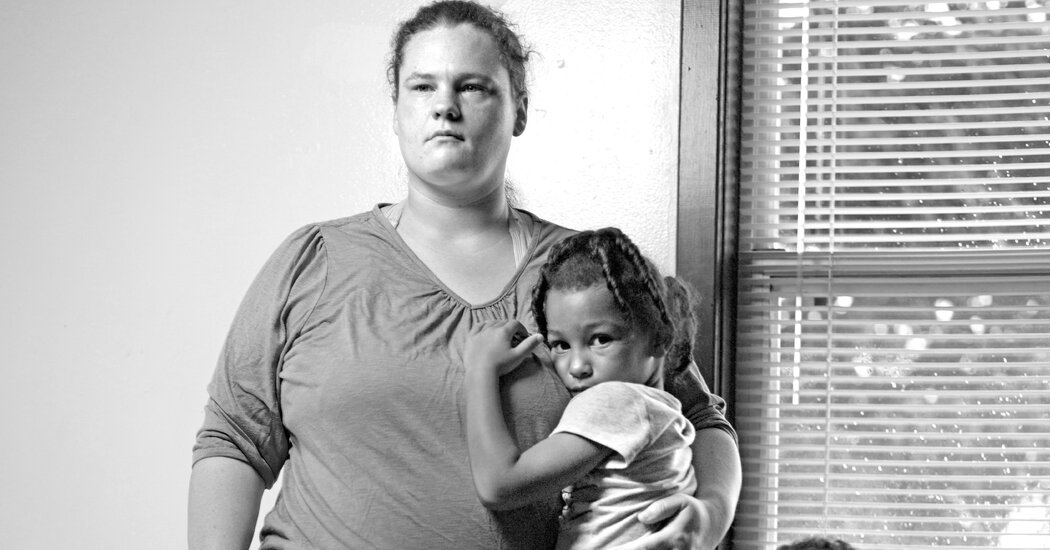