Sessions added the solarium in 2006, expanding the house out into the garden and bringing the outdoors in year-round. She has many plants including orchids and orchid cactuses. Chaise lounge chairs in the center of the room provide a perfect spot […]


Sessions added the solarium in 2006, expanding the house out into the garden and bringing the outdoors in year-round. She has many plants including orchids and orchid cactuses. Chaise lounge chairs in the center of the room provide a perfect spot to relax and enjoy the natural surroundings. 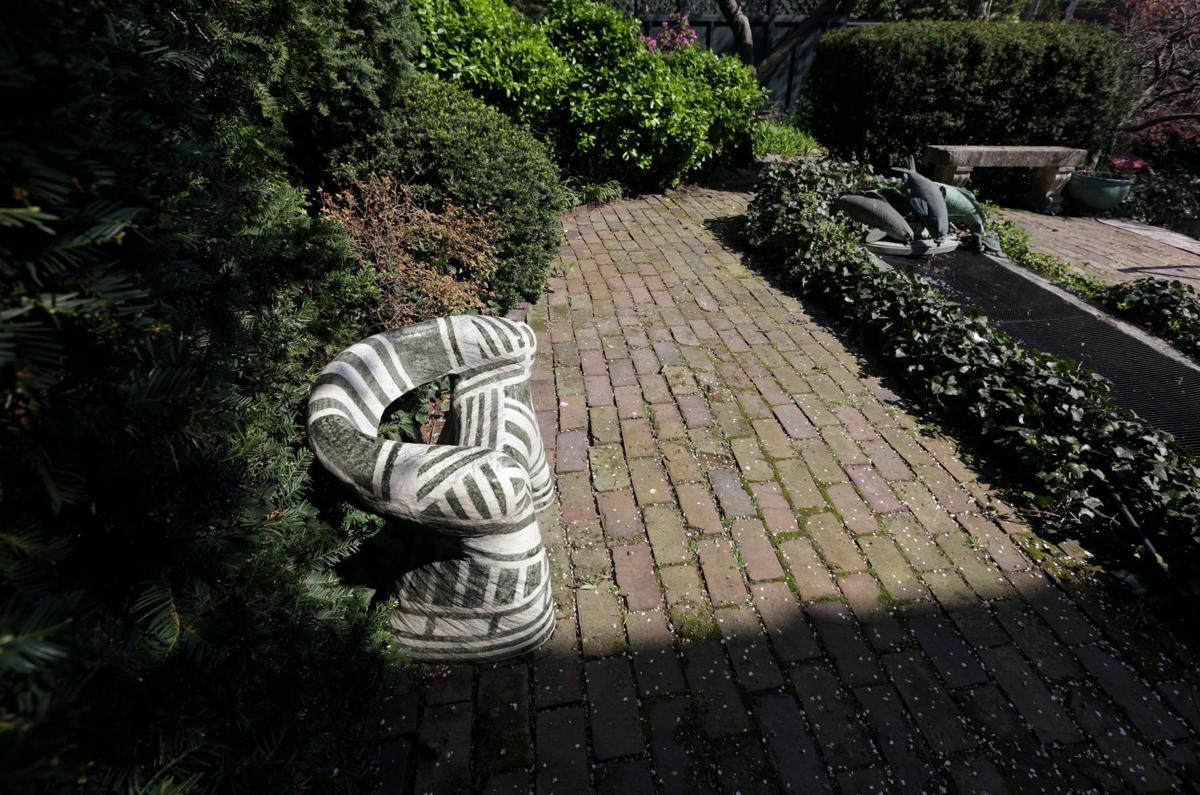 Sessions hand-laid every brick in the two-tier garden. She purchased the black and white sculptural chair at the Flora Place Art Fair about 20 years ago. At right is one of two ponds in the garden that is home to 20 Shubunkin goldfish. 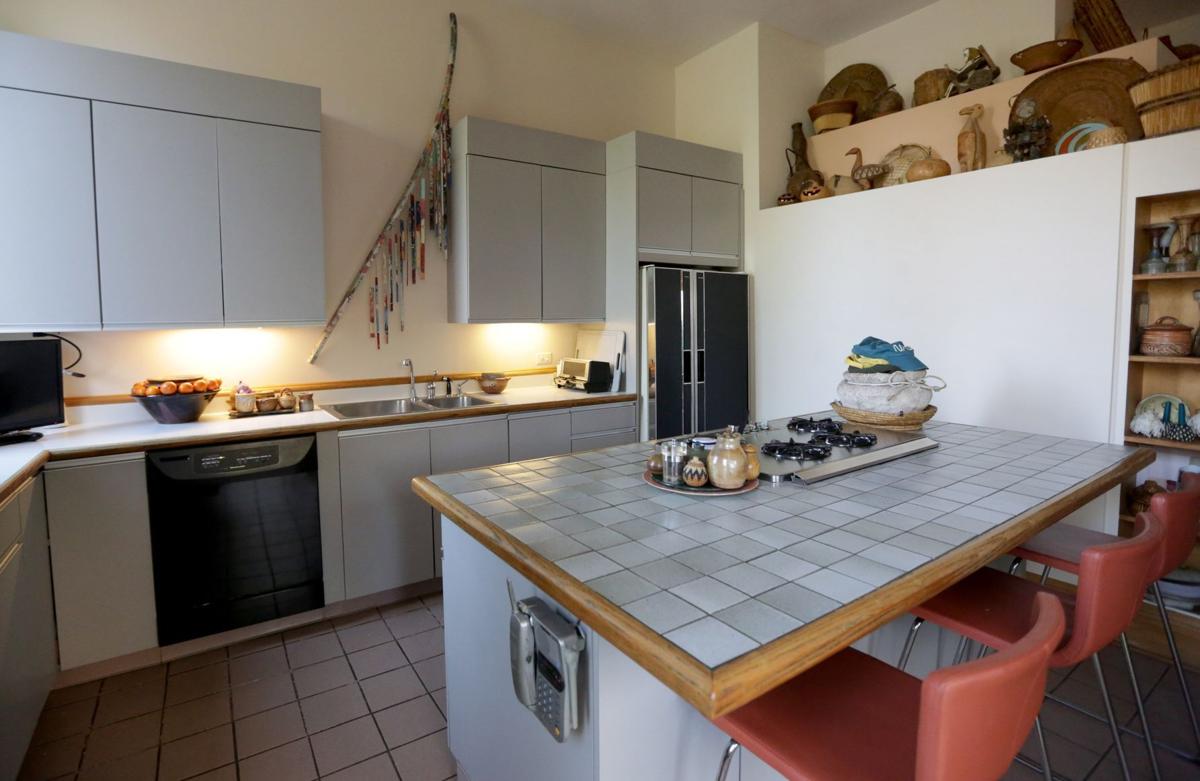 Sessions purchased a complete display kitchen at the Home Show two years after moving in. A tiered wall that’s open to the hallway provides a perfect space to display baskets and pottery Sessions has collected in her world travels. The piece above the sink is a representation of a Comanche coup stick by local artist Ken Anderson. 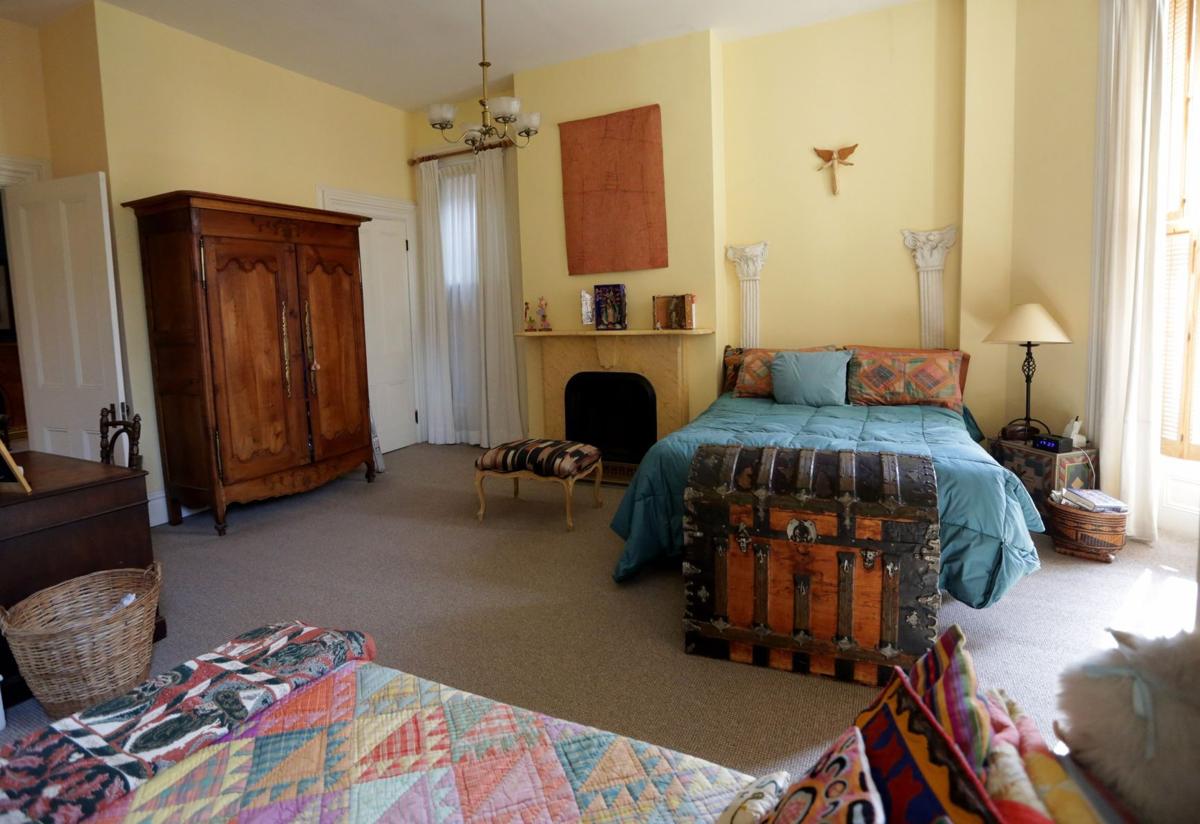 The light-filled master bedroom is painted sunny yellow. Sessions repainted the fireplace surround and mantle in a faux marble finish. The antique chandelier was in the living room when she purchased the house. The room is filled with treasures including an 18th-century French armoire and a large antique steamer trunk that sits at the foot of her bed. 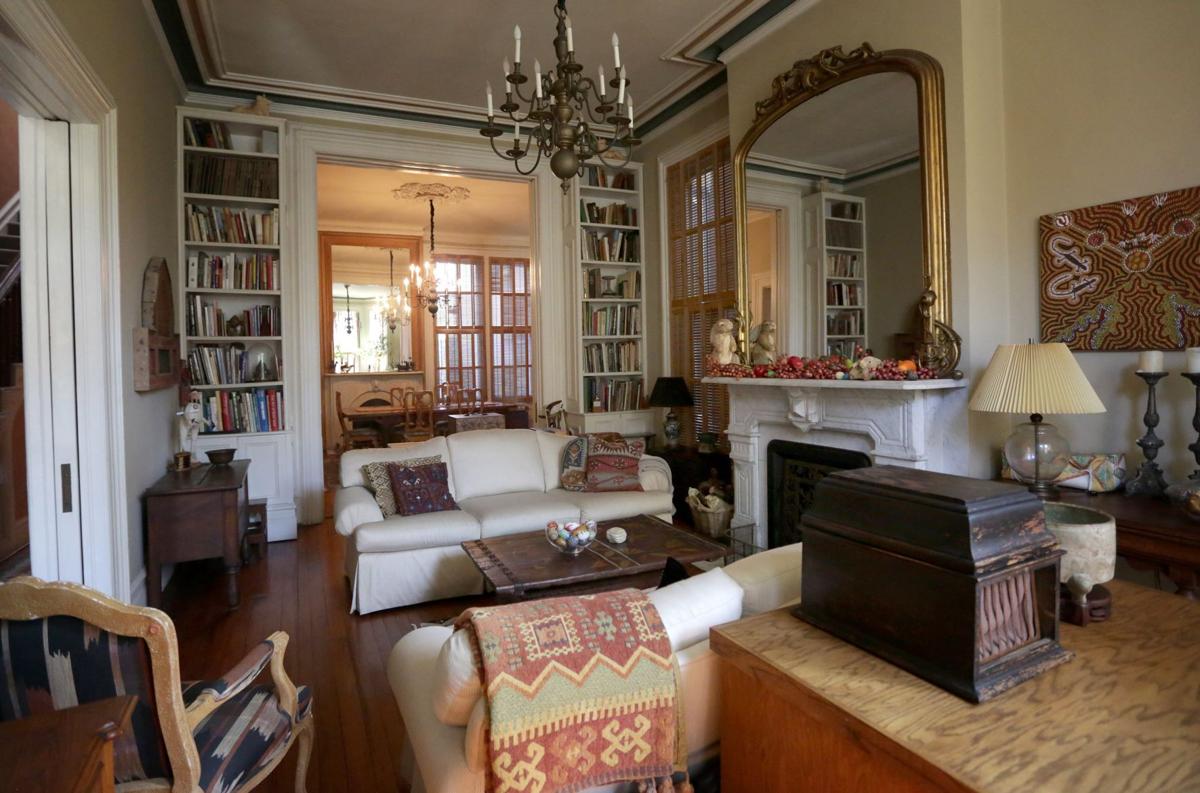 The living room has original features including its marble fireplace, refinished hardwood floors, ceiling molding and oversize pocket doors that lead to the dining room. Sessions added the bookcases on either side of the doorframe. She purchased the large, gilt-framed mirror at Selkirk antiques. 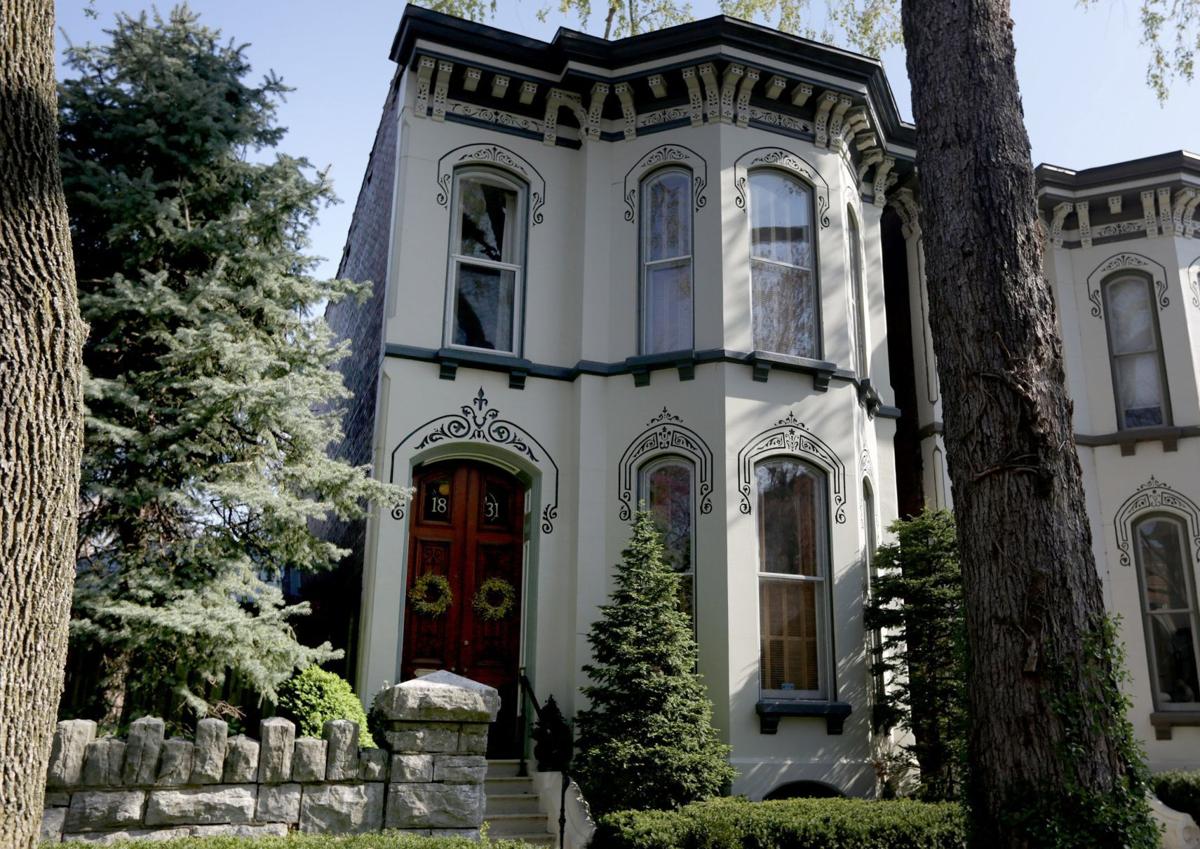 The house, built in 1882, is one of three adjacent triplets. At the time they were built, they all had a third story with a mansard roof, but they were destroyed in the tornado of 1896. The homes are noted for their ornate filigree pattern above the doors and windows. 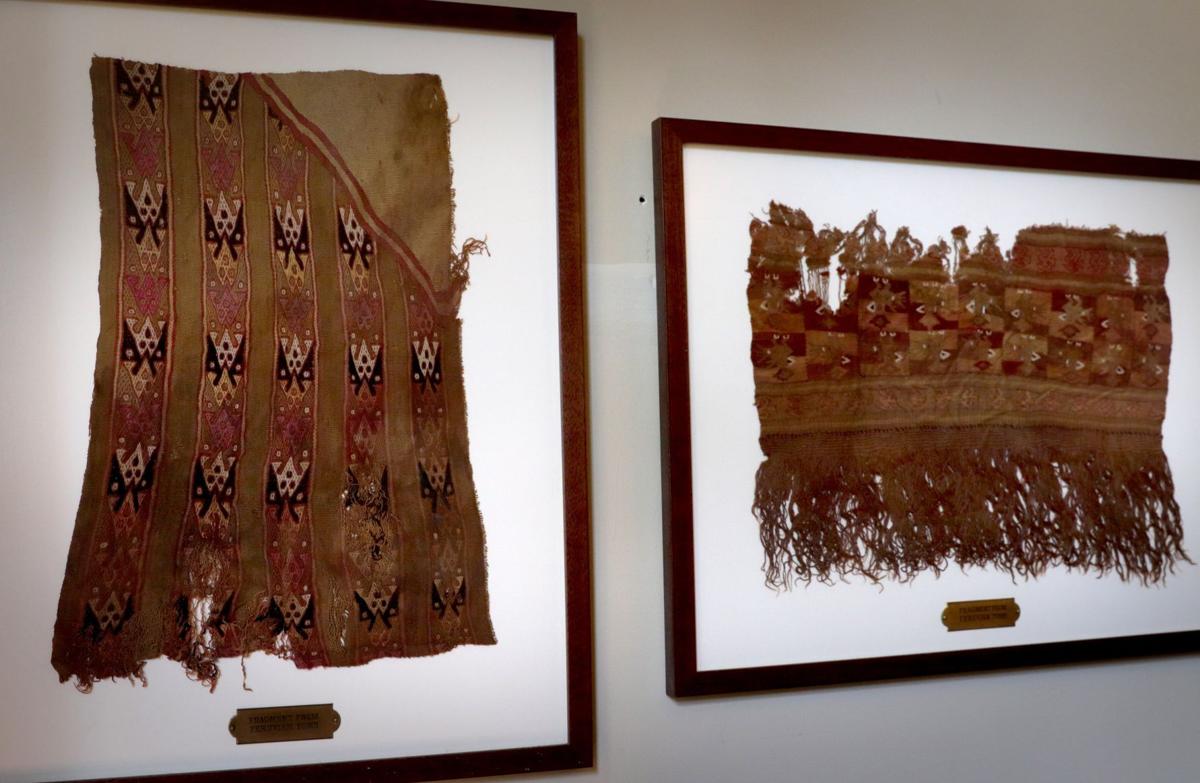 Sessions will offer this pair of framed fabric fragments from a Pre-Columbian Peruvian tomb in the virtual auction that runs concurrently with the house tour. 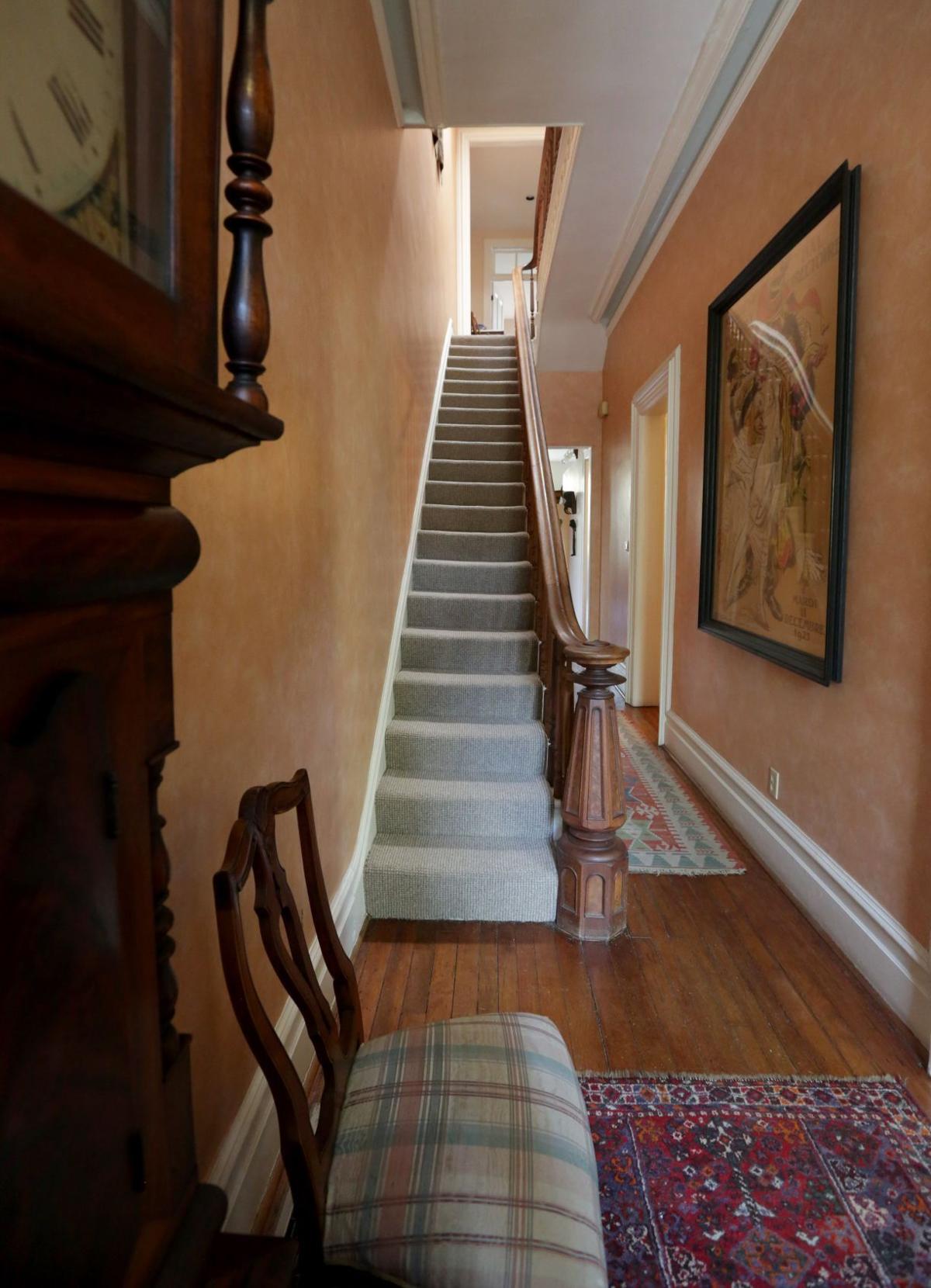 The original, narrow staircase is lighted from above by a skylight Sessions had installed in the roof. 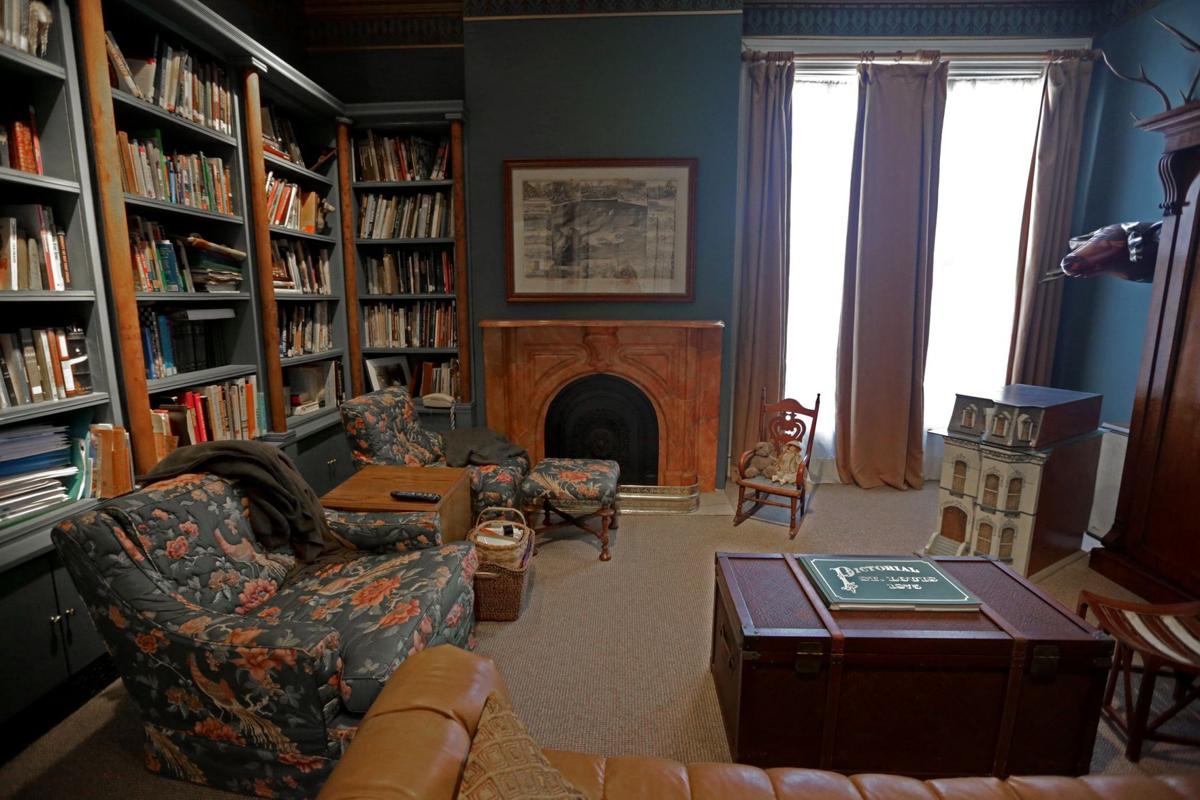 A modest home compared to many in the neighborhood, the second floor includes a full bathroom and three bedrooms — one of which Sessions uses as an office and another that has been turned into a cozy library with built-in bookshelves, a leather sofa and a wallpaper border by Bradbury & Bradbury that resembles ornate molding.

By Amy Burger Special to the Post-Dispatch

Those familiar with the historic homes of Lafayette Square may recognize a set of “triplets” — three adjacent Second French Empire-style homes that look identical on the outside — noted for their unique filigree design above the windows and doors. One of these homes will be featured on the 51st Annual Lafayette Square House and Garden Tour, which will take place virtually and in person May 29-31.

Owned by retired set designer Suzanne Sessions, the house was built in 1882 by iron manufacturer John Pullis for a local hat dealer named Albert Rothschild. At the time of construction, each of the triplets had a third story with a mansard roof. The great tornado of 1896, which swept through the neighborhood, lopped off the third floors of the homes. To this day, they all remain two stories with a flat roof.

Before purchasing the house in 1983, Sessions was living in Webster Groves. She and her ex-husband had frequented the Lafayette Square house tours since the mid-1970s and had a great fondness for the area. Though the house was in structurally good condition, it was in need of updating, so they were able to purchase it for a good price.

At the time, the neighborhood was in the early stages of a renaissance that has since restored it to its original glory, thanks in large part to the Lafayette Square Restoration Committee, which sponsors the house tours. Sessions is currently head of its development committee and has shared her home on six house tours over the years, chairing three of them.

Sat Apr 24 , 2021
The caller told Bentley that Olivia had just been found in full cardiac arrest and without a pulse in the stairwell of her dorm during a fire drill. A campus security officer had responded immediately, administering a defibrillator to restart her heart before she was rushed to a 25-bed hospital […]