But it is also instructive to look at exceptions to the pattern — the only two elections since the Civil War era when a new president’s party actually picked up seats. Those two came in 1934 and 2002. The electoral advantage that Franklin D. Roosevelt and George W. Bush, presidents […]

But it is also instructive to look at exceptions to the pattern — the only two elections since the Civil War era when a new president’s party actually picked up seats.

Those two came in 1934 and 2002. The electoral advantage that Franklin D. Roosevelt and George W. Bush, presidents of different parties separated by nearly seven decades, had in common was that they were both governing at moments of national crisis. During the Great Depression and in the aftermath of the 9/11 attacks, the public approved of how these men were handling the challenges they faced, and were leery of changing course.

So if, a year from now, the economy has rebounded as vigorously as forecasters are saying it will, and the covid-19 pandemic is safely in the rearview mirror, Democrats may well reap the benefits. That is, if they can inoculate their most vulnerable incumbents from the type of attacks that proved so effective in 2020, when they lost seats in the House, despite Joe Biden’s victory at the top of the ticket.

Then-President Donald Trump’s effort to paint Biden as a “Trojan horse for socialism” didn’t stick, because voters knew the Democratic nominee, a Senate veteran and former vice president, well enough not to buy it.

Not so for more than a dozen moderate House members who were washed out of Congress under a barrage of similar attacks. Many of the advertisements that were aired against them claimed falsely that they supported the Green New Deal, open borders, banning fracking, defunding the police and Medicare-for-all.

“In every single ad that was put up, they would distort my record,” says former congressman Joe Cunningham, who fell short in his bid for reelection in South Carolina by a single percentage point.

“I’m not certain there was a broad and deep recognition of the danger of these messages,” adds Kendra Horn, who lost her seat in Oklahoma. “We have to make sure there are better conversations happening.”

Cunningham and Horn are among seven defeated Democratic incumbents and two losing 2020 candidates who have signed on as advisers to a new super PAC being launched by the centrist think tank Third Way.

They hope to raise $26 million to pour into early ads aimed at preempting GOP attacks on moderate House Democrats — members such as Tom Malinowski (N.J.), Abigail Spanberger (Va.) and Cindy Axne (Iowa) — in the swing districts that are mostly likely to determine which party controls the House.

In 2020, “the charges were so absurd, they were not taken seriously enough until it was too late,” says Third Way President Jon Cowan.

So they are calling their new fund-raising operation “Shield PAC.” The ads that it plans to begin running early next year will primarily be positive, focused on making sure voters are acquainted with the actual records of endangered Democratic incumbents.

That Republicans plan to rerun the playbook that worked so well for them in 2020 is not in doubt. “We will relentlessly hold House Democrats accountable for their socialist agenda and ensure voters understand the damaging impact policies like defunding the police, government-run health care and ending the Keystone XL Pipeline will have on Americans’ everyday lives,” Rep. Tom Emmer (R-Minn.), chairman of the National Republican Congressional Committee, declared in February.

Some House Democrats are also beginning to eye the exits as they ponder what is likely to happen to their districts under reapportionment. The NRCC is already running digital ads against Rep. Conor Lamb (D-Pa.), whose already challenging district could turn redder, which might lead Lamb, in turn, to run for the Senate.

One thing that also appears likely, if not certain, is that next year’s congressional elections will look different from recent cycles. Because the stakes are so high, and the margin in the House so narrow, unprecedented amounts of money will be pouring into a relatively small number of races.

A lot will happen, of course, between now and November 2022. But while it is still early, both sides are already picking their shots.

Outrage as migrant kids in school before San Diego locals

Wed Mar 31 , 2021
A California school district is arranging for migrant children to get in-person teaching — even as all local kids remain stuck in virtual classes. The San Diego County Office of Education (SDCOE) confirmed to Fox News that it is “providing the educational program for the unaccompanied migrant children” staying at […] 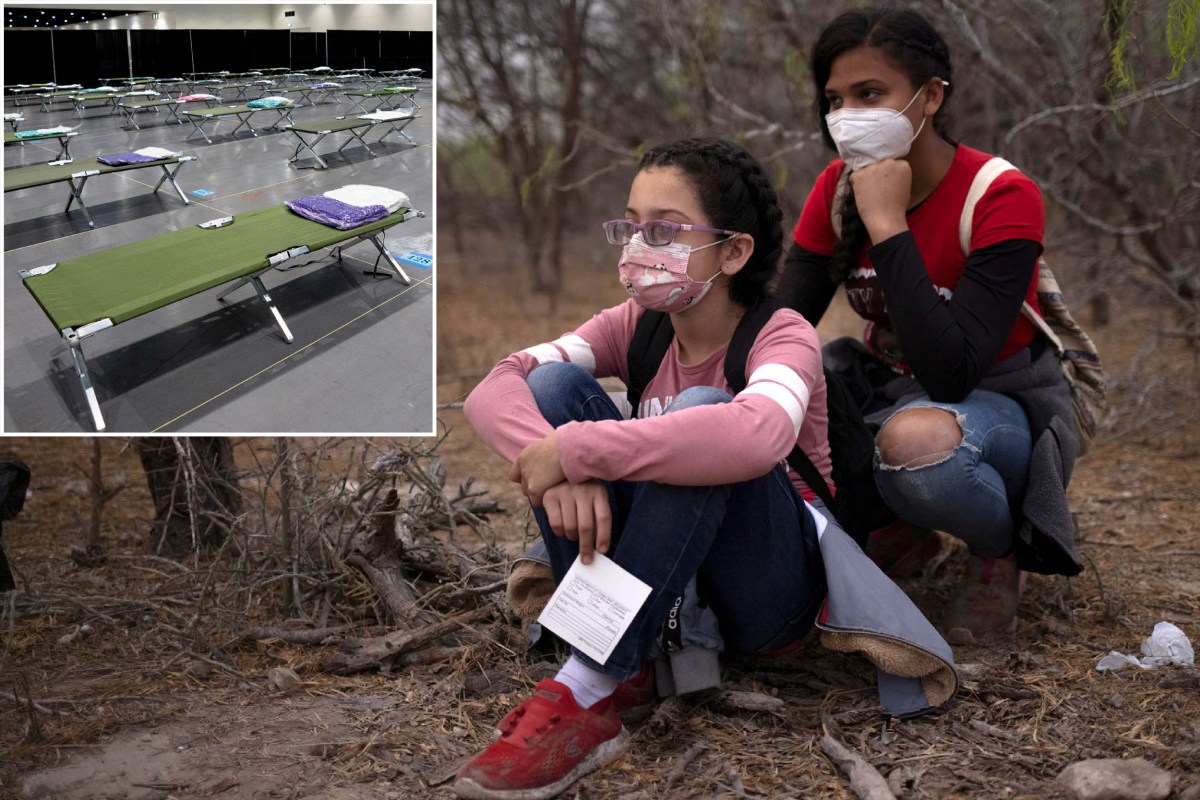