STATEN ISLAND, N.Y. — At the corner of a quiet West Brighton block is a home that has been vacant and mostly unkempt for a decade and, in recent weeks, been attracting illegal squatters. It is what is known as a zombie home — residences that fall into disrepair after […]

STATEN ISLAND, N.Y. — At the corner of a quiet West Brighton block is a home that has been vacant and mostly unkempt for a decade and, in recent weeks, been attracting illegal squatters.

It is what is known as a zombie home — residences that fall into disrepair after a foreclosure or negligence of a property owner who does not live on-site. The owner of 77 City Blvd. died seven years ago.

Neighbors tracked down the owner’s next of kin who resides in Florida but was uninterested in taking over possession of the home.

“…The house is still unsecure with an entire family having keys and telling the neighbors that they now live there. There is electric and cable in their name,” one neighbor, who requested anonymity for fear of retribution, said.

“This property has been a vacant zombie home for over 10 years. Vermin have lived there for years, the elements have rendered this property unlivable and beginning in 2018, the property was finally secured after many complaints filed by the neighbors to the city and state. Back then we had a similar squatter situation that we were able to deal with. Now, we have it again, however this time, it appears that the house was made unsecure,” the neighbor continued.

The home, at the corner of City Boulevard and Huron Place, had its windows boarded and there were signs on the front door stating the mortgage contracting services should be contacted about any issues and trespassers are not permitted.

There was a doorknob and set of keys in front of the entrance to the home, giving the appearance that the locks were recently changed.

Neighbors are worried – on more than one occasion in recent weeks individuals have gained access to the home and showed what they said are lease papers, despite the home being boarded up and still under contract with the mortgage servicer.

“Our peaceful neighborhood has quickly deteriorated because of lack of care for this property,” one neighbor said.

Zombie homes are under jurisdiction of the city Housing Preservation and Development (HPD); however, the city Department of Buildings (DOB) may get involved if there is a suspected construction code violation.

Construction code violations include unsecured vacant buildings where the public could gain access or a building or home that is structurally unstable.

A DOB spokesman told the Advance/SILive.com it initially responded to a 311 complaint in 2020 and conducted a survey of the building in April to determine if the property was secured.

Most recently a complaint from May 2021 said the home was not properly sealed and was open and unguarded to the public; another complaint said somebody had moved into the home.

City records show a number of complaints made about 77 City Blvd. over the last few years. The spokesman said DOB inspectors will investigate the complaints.

Through HPD’s Zombie Home Initiative, field associates conduct a thorough survey of a vacant home that is being maintained by the mortgage servicer, per the state’s Zombie Law.

Field associates look for the following when inspecting a property:

If the property is found to be unmaintained, HPD says it will work with the mortgage servicer to address any issues. If they are unresponsive, HPD will refer the property to the Law Department for legal action.

HPD did not say if 77 City Blvd. has been referred to the law department or if Carrington Home Solutions has been responsive but said the property was surveyed and found to be in good condition.

An HPD spokesperson told the Advance/SILive.com it has surveyed 305 zombie properties on Staten Island; in 2018, there were 522 zombie homes.

Of the 305 homes currently on HPD’s zombie home list, 53 notices were sent to mortgage servicers to inform them of non-compliance. Seven properties were referred to the Law Department for litigation after the mortgage services disregarded maintenance requirements and notices from HPD about legal action.

Additionally, HPD sealed six properties that were identified at open/unguarded and the city Department of Sanitation (DSNY) performed six lot clean-ups based on referrals.

The law also established a database for the properties through HPD.

City boulevard residents are questioning the city and state’s management of zombie properties, as repeated complaints have gone unanswered and they’ve seen no action taken to resolve the issue in 10 years.

Thu Jun 10 , 2021
Virat Kohli has certainly made his name in the field of international cricket with his stellar performances. The captain of the Indian cricket team and Indian Premier League’s Royal Challengers Bangalore is mostly seen with his wife and actress Anushka Sharma, but little is known about his eldest sibling Bhawna […] 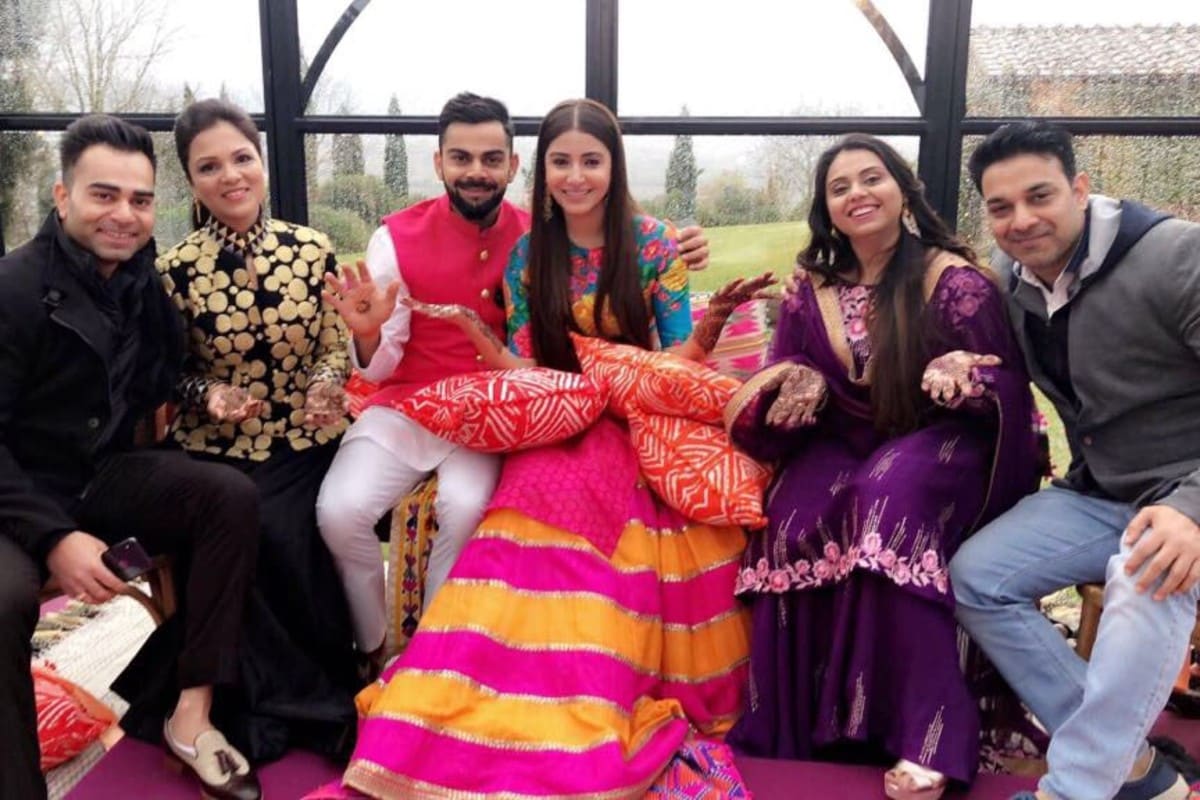