OVERLAND PARK, KS (KCTV) — An Overland Park neighborhood has concerns over the rising popularity of short-term rentals. That new concern arose after gunfire erupted Saturday at a party inside a house on 151st Street being rented out through popular apps. Now, police are still investigating what exactly happened. They […]

That new concern arose after gunfire erupted Saturday at a party inside a house on 151st Street being rented out through popular apps.

They know shots were fired both inside the house and out in the street. They found blood in the house, but no shooting victim.

However, neighbors are still shaken up because it could have been much worse.

The shooting started at the house and continued down the street and around the corner.

“I was afraid to even look out and see what was going on, afraid to get shot,” a neighbor said. “So, I got up immediately and went out the front door, and there were people scrambling, kids scrambling everywhere.”

The house where it began was hosting a party. It’s often rented out to people just for the weekend.

“There’s people that come and go there all the time,” a neighbor said.

At least two other short-term rental homes on the same block.

“I thought this whole area was zoned ‘single-family dwelling,’ which really amazed me when all this started happening,” a neighbor said.

Many neighbors don’t like it. The frequent crowds and late-night noise are an issue.

One neighbor said, “So, that’s disruptive. But, again, when shooting happens, it takes it to a whole new level. That’s just not acceptable of course.”

“And maybe that’s a red flag for us, that we need to look into the situation with better due diligence to better protect our neighborhoods,” he said.

Homes like the one in this incident operate under short-term rental licenses that can be revoked if the city deems there have been too many code violations.

So, he recommends neighbors with concerns report the issues to police and/or city code enforcement.

“In my eyes at least, no profitmaking should come ahead of peace and quiet and quality of life of a neighborhood,” he said.

The owner of the house did let KCTV5 inside to see the damage, but didn’t want to do an interview.

KCTV5.com is now with you on the go! Get the latest news updates and video, StormTrack5 weather forecast, weather radar, special investigative reports, sports headlines and much more from KCTV5 News.

Tue May 4 , 2021
Photo credit: Teamson Kids It’s good to be a kid this summer, because Teamson Kids has an inflatable castle that is the ultimate water center. Not only will your little one feel like a little prince or princess, but they’ll have a blast while staying cool this summer. The inflatable […] 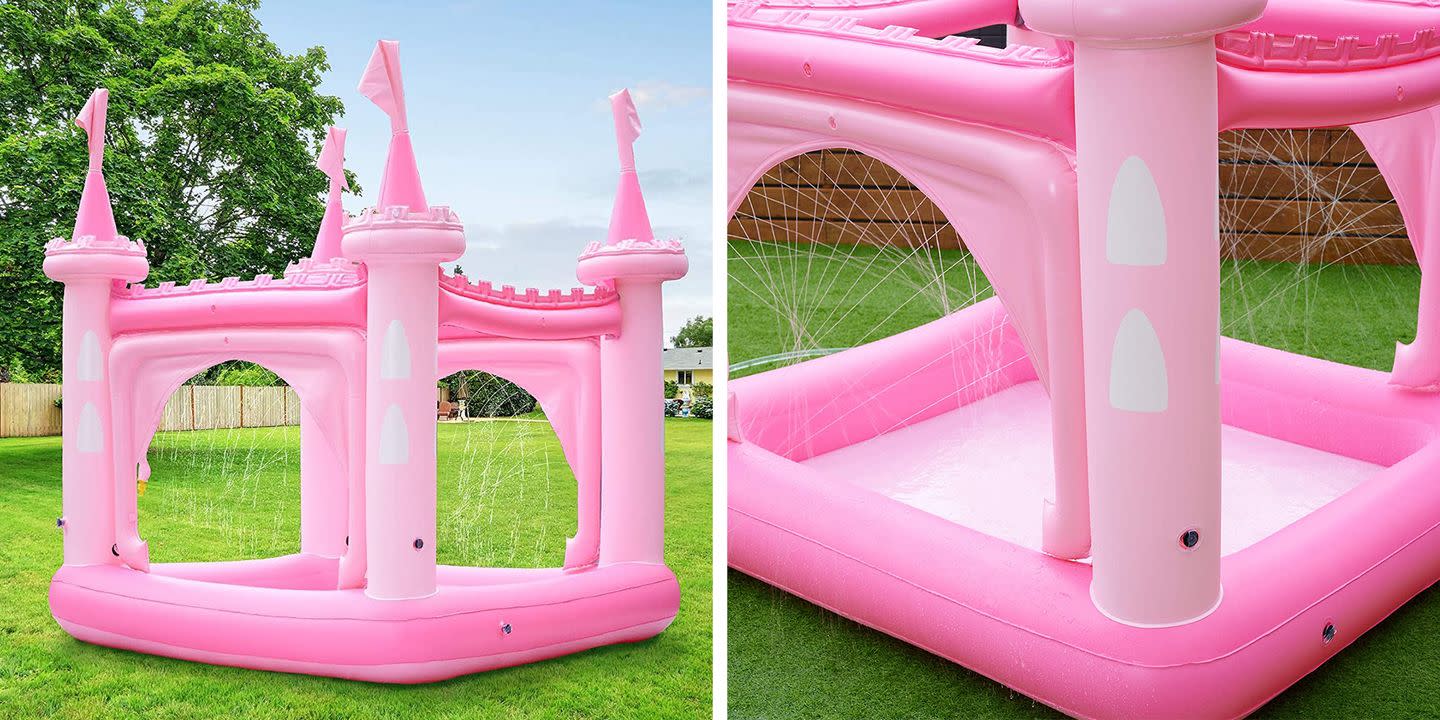