Pamela Anderson, the actress who rose to fame playing a California beach lifeguard on “Baywatch,” is putting her own California beach house on the market for $14.9 million. Before buying this property, Ms. Anderson said she had lived right on the sand, but found that fans would come up to […]

Before buying this property, Ms. Anderson said she had lived right on the sand, but found that fans would come up to the property looking for her. “A girl actually ended up in our guest bedroom and had my ‘Baywatch’ swimsuit on,” she said, referring to the bright-red one-piece she was frequently photographed in. “That was it for me.”

The actress, who rose to fame portraying a California lifeguard, said she spent 10 years building this retreat.

In 2000, Ms. Anderson bought a site, which backs onto a lagoon, for about $1.8 million, records show; she said she later replaced a “shabby chic” cottage with a new home for herself and her two young sons.

“It took me 10 years to build—I put another $8 million cash into it,” Ms. Anderson said in written comments.

Located in a gated community in Malibu, Calif., the three-bedroom house is about 5,500 square feet and includes a large open-plan living, dining room and kitchen area with a fireplace, a rooftop deck and an expansive pool deck with spaces for outdoor dining and sunbathing. The kitchen has slab stone counters and glass pocket doors that open to the pool. A wood-and-glass staircase leads to the main bedroom suite, which has a private balcony. There is also a one-bedroom guesthouse on the property.

Ms. Anderson, who in recent years has appeared on reality television shows like “Dancing with the Stars,” noted that the property was inspired by some of California’s best known Modernist architecture, such as the Case Study Houses, experimental, modern homes designed by architects like Richard Neutra.

“I love a vintage edge/pop art sensibility and I’m an activist so it is 100% sustainable Teak that is also ‘nonconflict’ flown in from Burma,” Ms. Anderson said in her comments. “I must have paid $1 million just in materials for siding. I don’t like orange—so we bleached and waxed—the finish is more blonde.”

Some of her favorite features of the property include the guesthouse, which she said has “the most beautiful view,” and the reflective mosaic tiles in the pool. Her bedroom, she said, is “just the most sensual and clean space” with a bathtub in the room and a sauna attached. Ms. Anderson also installed solar panels on the property and planted an irrigated vegetable garden.

Ms. Anderson, 53, said she left Canada in her early 20s to work with Playboy and is now selling to go back to her roots. She recently married her onetime bodyguard Dan Hayhurst, and the two plan to live on her ranch on the water on Vancouver Island, she said. That property was owned by her late grandmother.

“When she passed, I just let it go for 20 years while I worked and traveled,” Ms. Anderson said. “I have spent the last year here renovating, landscaping, creating gardens so that we can live sustainably. Greenhouse, potter’s wheel, canning pickles and beets. I’m creating my life here now again where it all started.”

Appeared in the March 5, 2021, print edition as ‘Pamela Anderson Leaves the Beach.’

Fri Mar 5 , 2021
OKLAHOMA CITY (KFOR) – A Missouri family is not pleased with the sentencing of a woman who killed their daughter in 2019 in Northwest Oklahoma City. “Nobody wants to hear about their child being killed,” Chris Sullivan told KFOR on Thursday. Family of Missouri woman killed in Oklahoma disappointed with […] 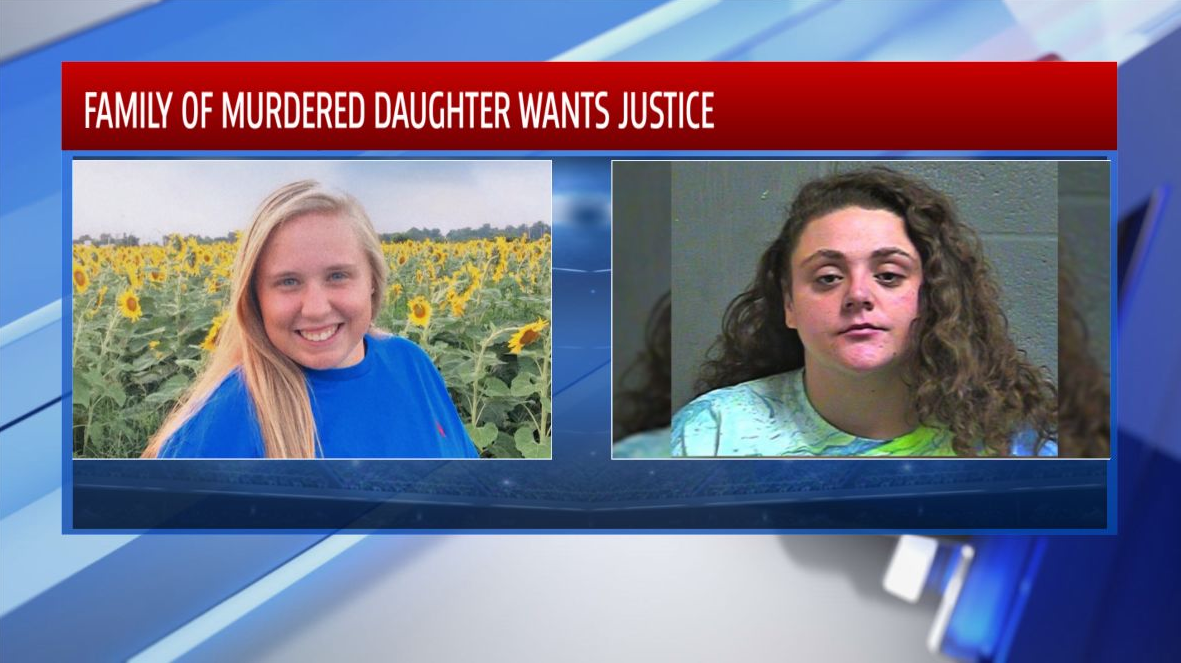