PUNTA GORDA Parents are calling us in outrage over what is happening outside their children’s elementary school. They want a man who bears upsetting flags to stay away from their kids. Parents of students who attend Sallie Jones Elementary School in Punta Gorda filed a report with police […]


Parents are calling us in outrage over what is happening outside their children’s elementary school. They want a man who bears upsetting flags to stay away from their kids.

Parents of students who attend Sallie Jones Elementary School in Punta Gorda filed a report with police about a man they say has swastika flags and visits outside the school with them, while shouting at parents dropping their kids off.

“He was emphasizing toward the police,” parent Carla Mitchell said. “He had two flags and a Nazi sign. And when the officer came up, it was emphasizing showing the sign, especially the Nazi one.”

Ackerman saw the man twice on the sidewalk near the school.

“We saw him again this morning wildly screaming profanities at us, our children, as we simply drop our children off at school,” Ackerman said. “I think it’s inappropriate, and I want to put an end to it.”

Although parents view the accused man’s actions as inappropriate, they are not illegal. A Punta Gorda city ordinance prohibits signs with obscene language or symbols that can be viewed from public property.

But Punta Gorda Police Department told us the man has not broken the law, so there’s nothing they can do.

Ackerman filed a police report anyway and said he’s ready to take matters into his own hands.

“I just kind of want to rally the parents, and let’s put an end to it in some way, shape or form,” Ackerman said.

“It was my first time seeing him this morning, and I was like, you know, ‘Why?’” Micthell said.

Many parents have the same question but have not found a good answer.

“This is our children, and this is our school,” Ackerman said. “I think that the people that can get it done is the people right here.”

PGPD told us its officers are aware of the man on the sidewalk the past two days. The police department says the safety of students, staff and parents are top priorities.

When we reached out to Charlotte County Public Schools, the school district declined to comment on this matter.

Wed Jul 21 , 2021
VIRGINIA BEACH, Va. – In a 4-6 vote Tuesday night, the Virginia Beach city school board rejected a proposal to make masks optional in school for the upcoming school year. Nearly 50 speakers signed up to voice their concerns over the growing debate over students wearing masks inside classrooms. “You’re […] 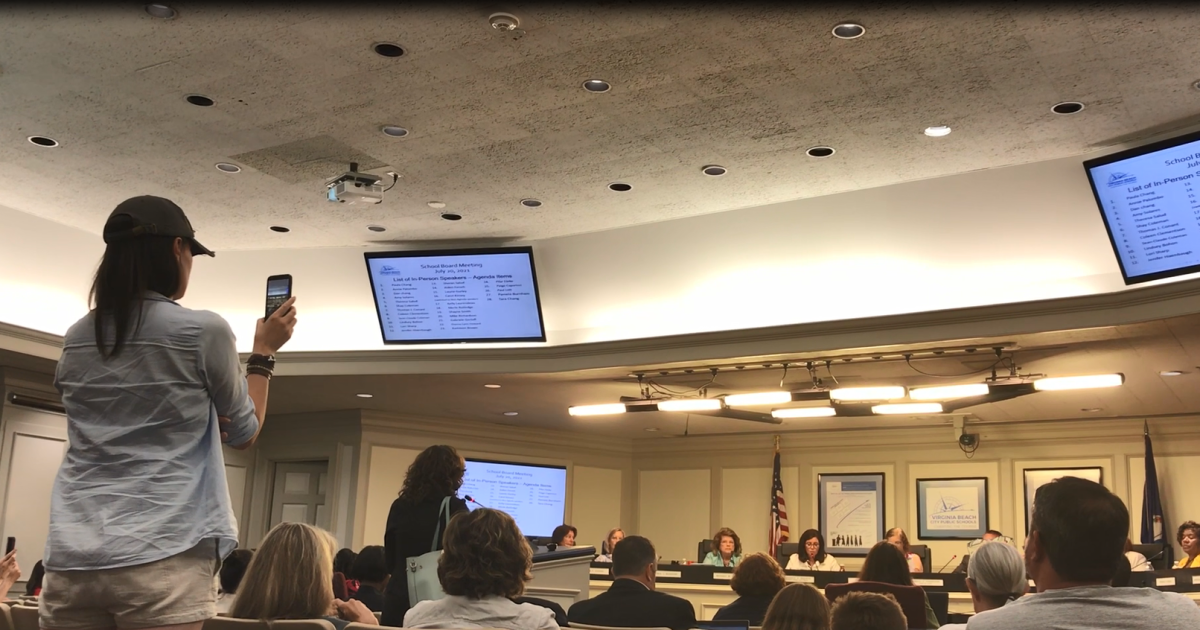