In the wake of the ongoing homeless crisis in Seattle, one parent slammed the school board for failing to recognize the dangers of a homeless encampment that is set up next to their child’s elementary school.  Broadview-Thomson elementary school parent, Ryle Goodrich, told “Fox & Friends Weekend” Sunday, the homeless […]

In the wake of the ongoing homeless crisis in Seattle, one parent slammed the school board for failing to recognize the dangers of a homeless encampment that is set up next to their child’s elementary school.

“It’s a super dangerous environment that has been fostered on school property; lots of weapons have been found there, I have found a sword there…others throwing axes there that get carried around,” Goodrich told co-host, Lawrence Jones. “There are pellet guns there. They just set up targets.”

Goodrich claimed the people residing at the homeless encampment are carrying guns to “shoot rats that are on the property,” and expressed there are multiple illegal activities that are allegedly occurring near school grounds.

“There is King County Needle Exchange [that] comes right up behind our school and delivers needles. There are prostitutes that get delivered there,” Goodrich mentioned.  “It’s a completely out of control environment, only feet away from our playground, and the kids see all of this.”

“It’s completely unsafe. I mean, a week ago, police showed up to stop a fight allegedly over a firearm,” Goodrich added. “Kids can’t be anywhere near this. It’s an obvious threat to the teachers and the students.”

Additionally, community sports games have been canceled due to increasing threats from people at the encampment.

“It’s the school board. They’re letting this happen on their property. They’re not admitting that this is dangerous. They’re not looking out for students at all,” Goodrich told Jones. “The school board needs to admit they can’t handle this situation and beg the city for help.”

Last month, an unknown man entered the school building while the students were inside, resulting in a lockdown.

Tim Robinson, a spokesperson for the elementary school, had responded to an inquiry from Fox News on the issue following the incident.

“We continue to seek a solution through discussion with community-based organizations. We welcome any assistance that the city could provide,” Robinson said. “We continue to have additional presence at the school from the Seattle Public Schools Safety & Security department.”

Sun Jun 6 , 2021
It was pitch dark at 4:00 a.m. on Thursday morning, when dozens of city workers, clad in yellow hi-vis vests, entered George Floyd Square. They were accompanied by members of the Agape Movement, a community security organization that operates out of a house on Chicago Avenue.  The workers swiftly set […] 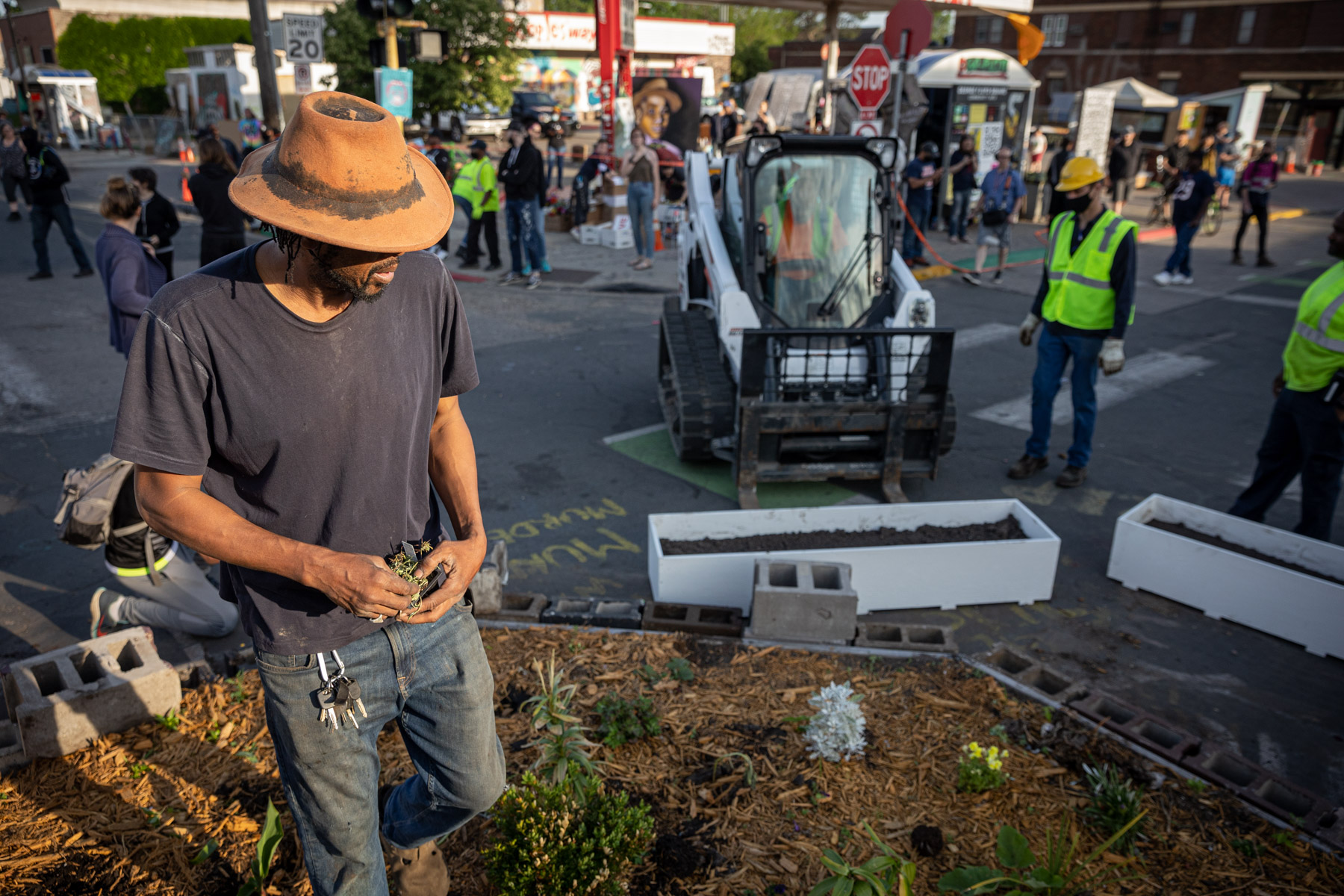