CHARLESTON — The West Virginia Legislature’s major broadband regulatory and expansion package made it out of the Senate Friday, a day before the end of the 2021 legislative session. House Bill 2002 passed the Senate 32-2 with Sens. Randy Smith, R-Tucker, and Dave Sypolt, R-Preston, the only no votes. The […]

CHARLESTON — The West Virginia Legislature’s major broadband regulatory and expansion package made it out of the Senate Friday, a day before the end of the 2021 legislative session.

House Bill 2002 passed the Senate 32-2 with Sens. Randy Smith, R-Tucker, and Dave Sypolt, R-Preston, the only no votes. The bill was passed by the House of Delegates Saturday.

HB 2002 creates a statutory framework to support, encourage and expedite the expansion of broadband throughout the state. It also creates additional consumer protections for reporting sub-par internet service.

“This bill works to greatly ease access for broadband internet providers and operators to reach potentially every area in this state, including those unserved areas, to provide quality broadband service to West Virginians and West Virginia businesses,” said Senate Government Organization Committee Chairman Mark Maynard, R-Wayne. “Broadband is not just an important resource for our citizens, it is a wholly essential one.”

The bill expedites permit processes for internet service providers to install fiber broadband along rights of way during Division of Highways projects. It improves “dig once” regulations that allow multiple internet service providers to install fiber broadband at the same time without digging multiple trenches. It also creates a dispute resolution process, with the Public Service Commission dealing with complaints arising from agreements between companies.

The bill codifies the existence of the Office of Broadband within the Department of Commerce. The office was created late last year, but HB 2002 officially brings it to life and lays out its duties, including the mapping of broadband services in the state, gathering data, appropriating state funding, and exploring ways to expand access.

The bill defines “unserved” parts of the state as areas lacking broadband internet service from at least one broadband internet service provider offering at minimum a downstream data rate of 25 Mbps and 3 Mbps for upstream data rates, matching the Federal Communications Commission’s definition, as well as defines “underserved” as areas with only two providers and less than 100 Mbps for downloads and 50 Mbps for uploads.

Consumer protections include required notifications by internet service providers to subscribers when prices increase, requires companies to refund customers for outages more than 24 hours, and empowers the Consumer Protection Division of the Attorney General’s Office to investigate complaints about service.

“This just allows some flexibility,” Plymale said. “It will actually give the broadband office more ability to utilize the federal dollars along with what federal dollars which we will have to give. We will have to give some state dollars into this. We made a promise on that. We need to fulfill that promise and this will allow that to be directed for the best use of the citizens of West Virginia.”

Nine internet service providers were able to pull down $362.1 million last year for broadband expansion projects in 119,267 unserved Census tracts in West Virginia over the next 10 years through the FCC’s Rural Digital Opportunity Fund Phase I Auction. The state is also receiving $138 million for broadband expansion through President Joe Biden’s American Rescue Plan. City and county governments will also receive $677 million which can be used for broadband projects.

Republican lawmakers have also pledged to increase funding over the next three years for broadband expansion and have at least one bill moving to make permanent the removal of broadband loan insurance caps. That was accomplished through an amendment to House Bill 2022, the budget bill, by Plymale Wednesday, giving $50 million in spending authority to the Office of Broadband.

Today’s breaking news and more in your inbox

Mon Apr 12 , 2021
MARSHALL, Mich. (WOOD) — The Marshall Fire Department was called to a fire early Monday morning in Calhoun County, which sent eight people to the hospital. Firefighters were called to a house in the 500 block of Clinton St. in Marshall around 1:45 a.m. where there was an explosion. The […] 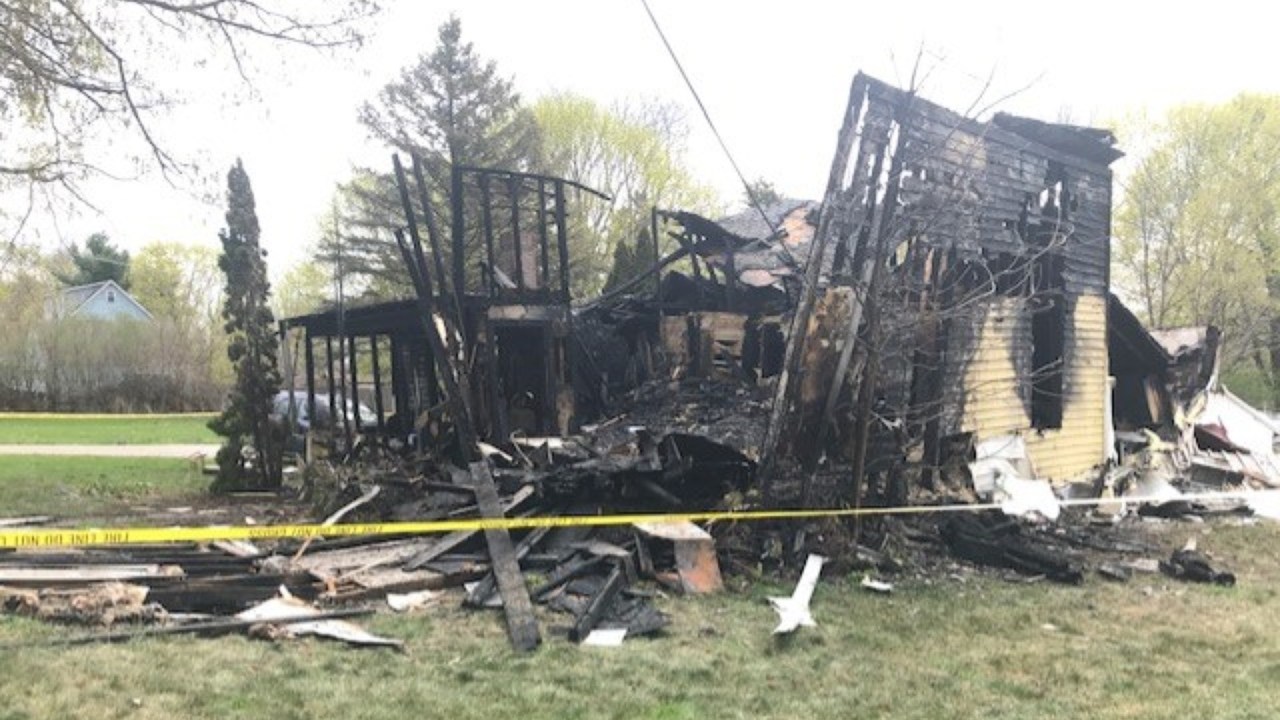