The GOP-led House passed Senate Bill 7 early Friday afternoon, on a 78-64 party line vote. It will next head back to the Senate. Due to the bill being significantly rewritten in the House, it will likely end up in a conference committee, where members appointed from both chambers will […]

The GOP-led House passed Senate Bill 7 early Friday afternoon, on a 78-64 party line vote. It will next head back to the Senate.

Due to the bill being significantly rewritten in the House, it will likely end up in a conference committee, where members appointed from both chambers will work largely behind closed doors to pull from both the House and Senate approved versions to create a final bill. The language developed there will likely be the final version that would end up on the governor’s desk.

The Texas legislative calendar ends on May 31.

Earlier Friday, the House advanced the legislation roughly nine hours after it was introduced on the floor. There were 18 amendments adopted in an after-midnight session after intense behind-the-scenes negotiations led by Democrats to soften some of the bill’s language on criminal penalties.

The overall effort amounts to additional restrictions and penalties to the voting process out of an ostensible desire to address voter fraud, though no evidence of fraud in the 2020 election in Texas has been presented.

The current House version of the bill does not include some of the Senate version’s more controversial provisions, including a ban on drive-through voting and a requirement for an applicant voting by mail on the ground of disability to state they have a sickness or physical condition that prevents them from going to the polls. However, since these measures were included in the Senate-passed version of the bill, they could be added back to a final version if it goes to conference.

Democrats were also able to add amendments that allow for the removal of poll watchers who breach the peace, as well as softening criminal penalties for voters who didn’t realize they were ineligible and decriminalizing some simple, basic mistakes made by volunteers and election judges.

Other provisions in the Senate version, which passed last month, would limit extended early voting hours and give partisan poll watchers broader authority when observing at a polling location, including being allowed to record a voter who receives assistance while filing out their ballot.
Republicans, like Texas state Rep. Jeff Leach, argue that the effort is “strong (and) sensible election integrity legislation that ensures and protects full access to the ballot box while deterring and cracking down on illegal activity that undermines our elections.”
But the bill has spurred intense criticism from Democrats, voting rights organizations and business groups.

“Under cover of darkness, the Texas House just passed one of the worst anti-voting bills in the country,” Sarah Labowitz, policy and advocacy director of the ACLU of Texas, said in a statement. “SB 7 will target voters of color, voters with disabilities and the civil servants who run our elections. Lawmakers advanced the bill with little debate or public input. They know the bill is designed to suppress the vote by making voting harder and allowing poll watchers to intimidate voters. Texans deserve better than to wake up and find out that lawmakers jammed through a law that will make participating in our democracy harder and scarier.”

Texas Democratic Party chair Gilberto Hinojosa and vice chair Carla Brailey accused state Republicans of being “relentless in their attempts to silence voters in Texas, especially voters of color who came out in record numbers last year” and “manipulating” the Texas election system to “cling to power.”

Rae Martinez, the senior director of youth organizing group Texas Rising Action, said despite the “slight revisions — solely because of the willingness to fight from our Democratic lawmakers and pressure of Texas Rising and other voting rights groups — we do not know what is likely to stick when the bill goes through conference committee.”

Republicans hold control of the state and Trump won Texas in the 2020 election, but Democrats have made gains in the suburban counties from growing demographics. Texas is slated to gain two seats in Congress as a result of the US Census count and redistricting process.

Martinez argued that Republicans “took a wrecking ball to democracy and voting rights, and for no reason other than to hold on to power as the state changes.”

The Texas bill is just one of several Republican-backed legislation nationwide that restrict access to the ballot and place new voting limits following former President Donald Trump’s baseless claims of fraud in the 2020 election. Florida Republican Gov. Ron DeSantis on Thursday morning signed into law a controversial voting bill aimed at curbing access to mail-in voting in the state, and other Republican-controlled legislatures are charging forward with a raft of new state laws imposing limits on voting.

Fri May 7 , 2021
Parents looking for a fun getaway this summer that’s also COVID-friendly will find three excellent options in New England, according to Parents magazine. The publication released a list of 20 best vacations for kids nationwide on Wednesday, part of its third annual travel awards, and the following local destinations made […] 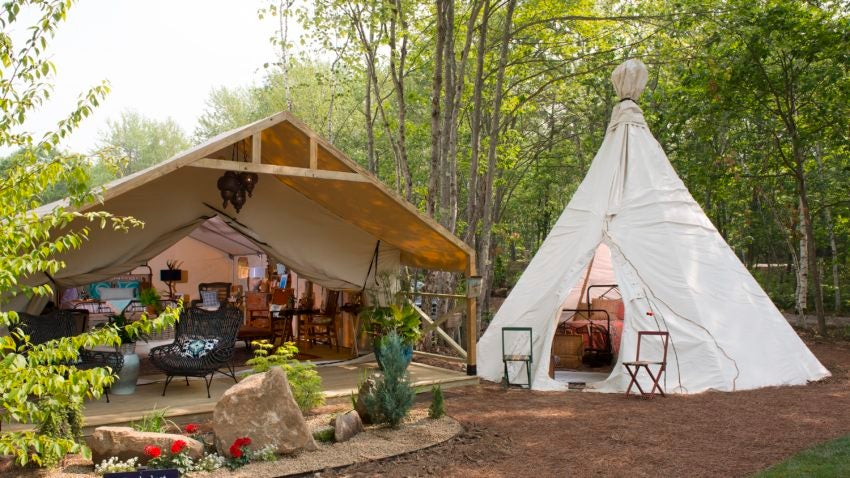