The White House was in need of substantial upgrades to its future security apparatus, updates that would include digging deeply and extensively, from the upper main driveway to the lower, across acres of pristine green grass. Times had changed since the last substantial overhaul of systems, and with the country […]

The White House was in need of substantial upgrades to its future security apparatus, updates that would include digging deeply and extensively, from the upper main driveway to the lower, across acres of pristine green grass. Times had changed since the last substantial overhaul of systems, and with the country facing new, known and unknown security threats from various entities, it was paramount the updates happen, the United States Secret Service told the White House, according to two people familiar with the plan who spoke to CNN.

Many workers would be involved, with machinery, temporary gates and plenty of inconvenient closures and re-routes likely to occur, perhaps for several weeks, possibly longer. The United States Secret Service, the National Park Service and the White House worked in tandem to formulate a plan for the massive, multimillion dollar overhaul, one that could be done in phases, so as not to disturb the first family in residence, noted the sources.

The project, which has now been ongoing for several weeks on the south side of the White House campus, is one of the largest in scope and scale at the White House in several years. It has crept up from the farthest southern juncture of the lawn to now just to the foot of the South entrance of the actual White House.

For more than a month now, Biden has had to meet his helicopter, Marine One, on the Ellipse, the park below the South Lawn perimeter of the White House and just north of Constitution Avenue. Marine One has had to land and take off from this not-usual spot because of the construction, and Biden has had to motorcade approximately two minutes from the White House to the Ellipse to depart and arrive, where before he could ostensibly walk out his back door a few hundred yards and board his private transport.

“It’s been a headache,” said one Secret Service source with knowledge of altered movements to circumvent the construction.

The last time there was a dig this big was during Barack Obama’s presidency, when upgrades were made on the north side of the White House that included similar security measures to the ones happening now, another person familiar with the work told CNN.

“In order to maintain operational security, the U.S. Secret Service does not comment on the means and methods used to conduct the agency’s protective operations,” a Secret Service spokesperson told CNN when asked about the work on the South Lawn. The White House tolld CNN the South Lawn work is an eight to 10 week project. The National Park Service referred CNN to the Secret Service.

According to contracts obtained by CNN, the majority of the current updates are happening underground, where an extensive route of ducts is being placed. Those ducts have the capability to contain miscellaneous security apparatus, from wiring to cameras to lighting and alternate power sources. The scope of the system includes a swath of White House acreage from 5,000-15,000 linear feet, or about one to three miles. The contract for the bulk of this work was awarded in 2019 to The Whiting Turner Contracting Company for $17.9 million.

The selection of Whiting-Turner to manage and operate the work suggests that there may be sensitive security needs being addressed with this duct-building project, and that behind the tall wooden fences that have been temporarily erected to prevent prying eyes, major technical components are being installed. Whiting-Turner, a construction management and operations corporation with massive federal work already under its belt, has overseen projects for, among others, NASA, the Department of Energy, the Architect of the Capitol, the Executive Residence at the White House, the Justice Department, most branches of the military, and a number of organizations in the national intelligence sphere. Whiting-Turner on its website touts its expertise in “anti-terrorism and force protection” as well as its experience constructing and implementing “classified and top-secret requirements.” The company is also proficient in installing “uninterrupted power systems and emergency power,” per its website. Whiting-Turner declined comment to CNN on its projects, including the White House contract.

Trump may have been smart to pass off the project to “the next guy,” considering the weeks of disruption and noise that have already occurred, and will likely continue for at least two to three more, according to a person familiar with where the work stands.

A White House spokesperson says neither the President nor his senior staff have been frustrated by the changes to the typical routing.

But it’s not just Marine One that has had to re-route. The entire South Lawn encompasses several acres of land, tended to by the National Park Service. It is home to the White House Kitchen Garden, a basketball court, the White House swimming pool, several historic and ceremonial plantings and, as of last year, the new tennis pavilion. It is also where most of the events the White House hosts for the public are held, notably the Easter Egg Roll, as well as many large-scale pomp-and-circumstance ceremonies, including state visits and some of the accompanying state dinners. To have it be entirely shut down, dug up, and seamlessly put back together (which is the goal) is a carefully choreographed operation.

The tricky part, of course, is to accomplish this needed and essential security upgrade for the President and his family while not disrupting them too much in the process.

The West Wing under Obama received a two-year, $86 million renovation that also addressed security concerns, put in place ducts, and included major modernization to the HVAC and telecommunications systems. Josh Earnest, who was then White House deputy press secretary, said when the work was completed: “Now that the sights and sounds of construction workers and their equipment are gone, my outlook on the North Lawn of the White House has, literally, brightened.”

While the Obamas — and their staff — lived through the renovation, there was discussion of possibly having to move Oval Office operations to another location, according to news reports at the time. If the President was indeed displaced, it would not have been the first time such a thing happened to accommodate construction. In 1934, there was a major expansion and renovation of the West Wing, forcing Franklin Roosevelt to temporarily move from the Oval Office to the Blue Room on the State Floor of the White House. The rooms between the State Dining Room and the East Room on the State Floor include the Blue Room, the Red Room and the Green Room; Roosevelt liked to have his staff in the adjoining Red and Green rooms while he met with people in the Blue. The rooms on the State Floor are open to White House tours and privately used for formal events and visits.

“It was brief, but Roosevelt turned the Blue Room into his office for meetings, and used the Yellow Oval upstairs in the Executive Residence for his private office,” said Matthew Costello, senior historian for the White House Historical Association.

The most extensive renovation of the White House took place from 1948-1952 under Harry Truman, forcing the Trumans to live in Blair House across the street for most of that time. Among other disruptive renovations, Costello also noted the building of the White House’s third floor, and the construction of a new roof, which in 1927 made Calvin Coolidge flee the noise and chaos. “Coolidge moved to the Patterson Mansion off of Dupont Circle (several blocks from the White House) until the renovations were completed,” Costello said. “Presidents, too, have to adapt.”

“There are many times these big projects are approved by a previous administration, but they don’t go forward until the next one,” he added. In much the same way Trump passed on this current South Lawn work to Biden, Obama signed off on the North Lawn fencing project, but that didn’t get underway until Trump was in office.

“Sometimes they bump them down the road a bit,” Costello said.

Fri May 7 , 2021
A Colorado mother and her family were fighting for their plane seats after Southwest Airlines booted them over fears their 3-year-old son, Orion, wouldn’t wear a mask. Caroline Scott told “Fox & Friends” her family was “discriminated against” for her son’s disability, as Orion suffers from sensory processing disorder, and wearing […] 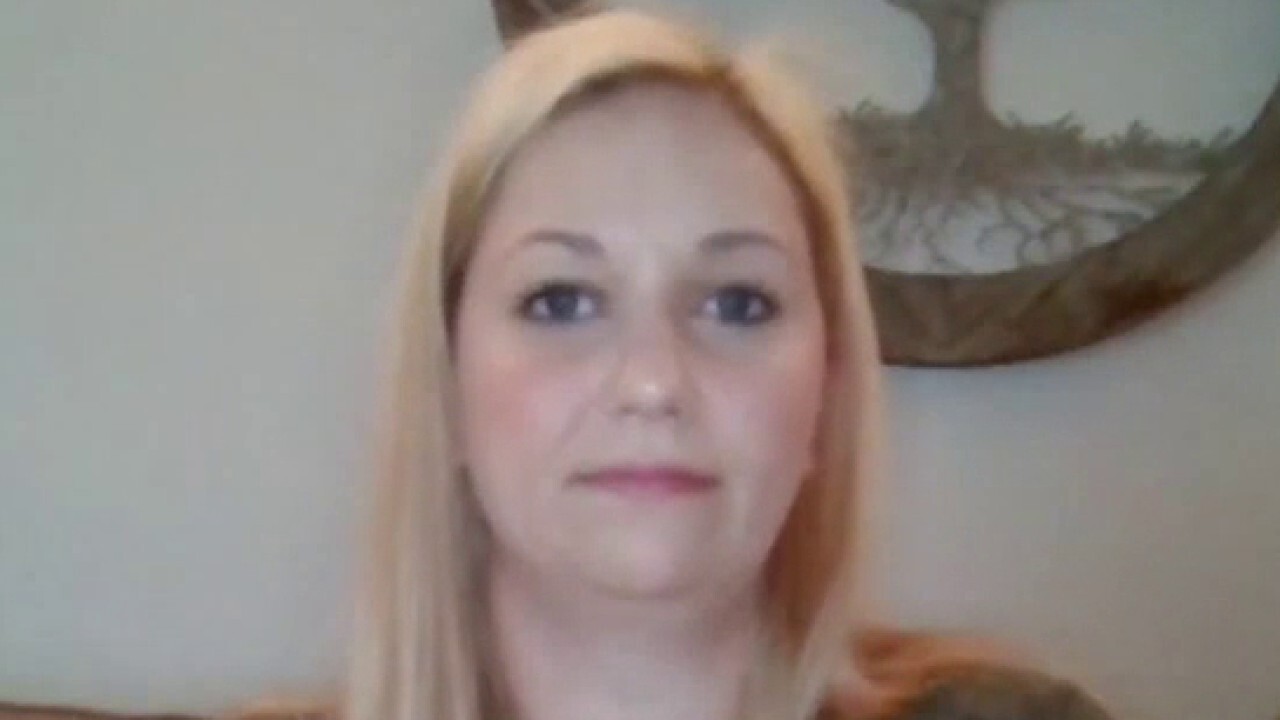