Are you a good sports parent?(part two) Last week I started you thinking about whether or not you were a good sports parent. I gave you three questions to consider in starting our quest—let’s review. Is your first experience coaching a team sport when you child plays on that team? […]

Are you a good sports parent?


Last week I started you thinking about whether or not you were a good sports parent.

I gave you three questions to consider in starting our quest—let’s review.

Is your first experience coaching a team sport when you child plays on that team?

Too many new coaches are not there to teach kids what they know about the game, but are instead playing the part of sports agent in protecting your family’s interests.

When others coach your child, do you attempt to teach them things that contradict what their coaches are teaching?

The phrase “I know what your coach told you to do, but…” should never come out of your mouth. Never.

Do you cheer for your child’s team, or just your child?

Only paying attention or cheering when you kid is in the game is disrespectful. Maybe you say “I don’t care”, but you should.

Here is part two of my sermon.

What’s it like for you and your child after the game?

I see more damage done to players and teams by dads (again, almost exclusively dads, not moms) in the hour after the game is over than the opposing team could ever inflict while it was going on. I know first-hand of kids who have completely dropped out of sports because the pressure applied by their parent in that hour after the game becomes a burden they just can no longer hold up under.

It’s ok to debrief after the game, but if you are starting sentences with “you need to be” or “why don’t you” or “I don’t understand why”, then there is a pretty good chance your kid isn’t going to take it as a positive conversation.

The time after a game can be very emotional. The player pours his heart out to do their best for himself and the team (and to make their parents proud) and they are emotionally vulnerable in that moment. You acting like a coach and pounding them about what they did or didn’t do in their game is not your job—it’s the coaches’.

When dad is the coach…that makes that hour even more critical. I know it’s hard, but try to keep that conversation really short after the game—maybe 5 minutes or so.

Dad is still dad, even when he is the coach.

Want to really have your eyes opened? Ask your kids how you do on this one, then brace yourself for the answers you get back.

Is social media part of your postgame routine?

Oh, the cautionary tale of the parent or player disgruntled about playing time or playing role on their team.

Social media is the greatest thing ever and the worse thing ever. Coach Herman Edwards famously challenged the audience at the NFL rookie symposium to guard against sending out messages they might regret with “Just don’t press SEND!”

It applies here too.

When I talk to high school kids about their use of social media at Grace College in the spring and fall, I remind them of the story of Jay Hayes. He was the Notre Dame Football player who went on Twitter to complain how many reps he was getting in practice. Brian Kelly saw it, suspended him for it, and eventually he was asked to leave campus.

It’s like getting drunk: It might make you feel better in the moment, but it will not solve your problem—it gives you new ones.

High school sports parents need to understand that college coaches have people assigned to the social media accounts of the people on their team and those they are recruiting. They see what parents post, too.

You ask “why does this matter to you so much?”

Simple: this spring I will become a sports dad for the first time. I have no intention of coaching my kid’s teams at any point. I want to be a good sports dad and not get sucked into the muck and mire that so many others have.

I have one shot at this, and I want to make it count. I want my kid to want me at his games. I want the moments after a game to be a bonding time for all of us. Win or lose. Play a lot, a little or not at all.

I want my kid to be someone others like to be on a team with, and I want the parents of the other kids on the team to enjoy sitting next to me.

Will they say about you?

Note: Responding to that question with “I don’t really care what other people think” is the sports equivalent of admitting you are guilty.

We are getting sports back—don’t ruin it.

Tue Mar 23 , 2021
Unlike Mr. Trump and many other officials who have made election appeals to the House, Ms. Hart is not claiming there was fraud at play in the result. Instead, her campaign has identified 22 ballots that they believe were legally cast but “wrongfully” uncounted by state election officials during a […] 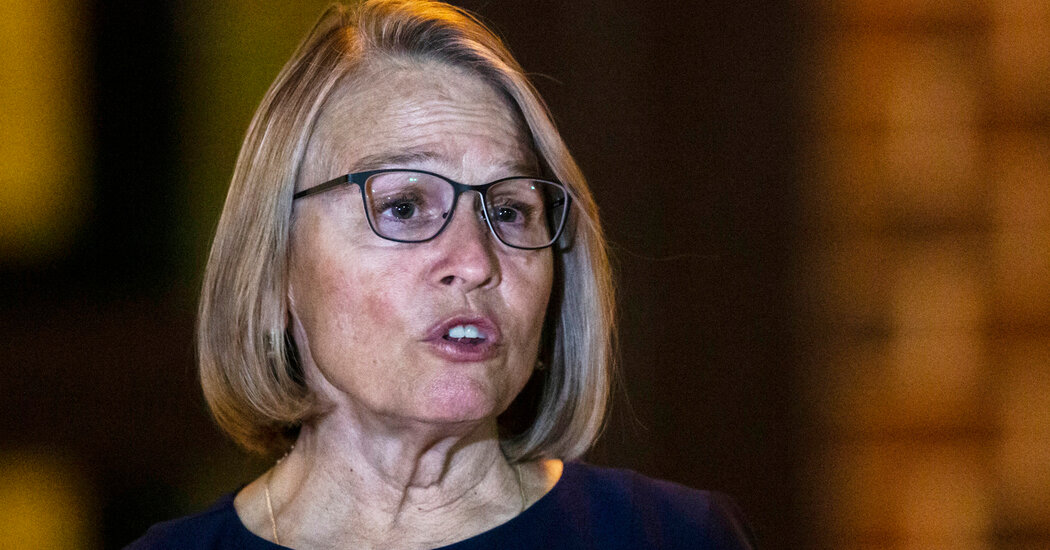