Three teenagers have been arrested in connection with an August house fire that killed five members of one Colorado family. Two 16-year-olds and one 15-year-old were taken into custody at their homes early Wednesday, Denver police said in a press release. The names of the three boys were not released […]

Three teenagers have been arrested in connection with an August house fire that killed five members of one Colorado family.

Two 16-year-olds and one 15-year-old were taken into custody at their homes early Wednesday, Denver police said in a press release. The names of the three boys were not released because of their ages, but the suspects “are known to each other,” according to the release. They are not related.

Their arrests came more than five months after an Aug. 5 fire killed Djibril Diol, 29, and Adja Diol, 23, and their 2-year-old daughter, Khadija, as well as Djibril’s sister, Hassan Diol, 25, and her infant daughter, Hawa Baye, according to NBC News affiliate KUSA. Others escaped with injuries by jumping from the second floor.

The victims were members of Denver’s Senegalese community, sparking calls from local and national Muslim leaders for police to investigate the fire as a hate crime.

On Wednesday, officials said “investigators have not uncovered any evidence that indicates this crime was motivated by bias.” Due to the ongoing investigation, police did not release a motive or any other details in the case, including how they identified the teens as suspects.

Days after the blaze, police released a surveillance photo of three people in hoodies and face masks who authorities suspected of starting the fire. Rewards were offered for information leading to arrests. It was not clear Thursday if anyone came forward with the tip that led to the break in the case.

“Our homicide team, along with our partners at the ATF, the U.S. Secret Service and the Denver Fire Department, worked tirelessly to identify those responsible for this horrible crime,” Denver police Chief Paul M. Pazen said in the release.

At a press conference announcing the arrests, he added: “This was as complex of an investigation as I am aware of in my entire career. They did an amazing job. I cannot give away the details. This is very sensitive information because successful prosecution is critical in this case.”

Tim Fitzsimons is a reporter for NBC News.

Thu Jan 28 , 2021
BAKERSFIELD, Calif. (KGET) — A family from Northern California who set out to visit every In-N-Out Burger location made a stop in Bakersfield Wednesday night for the grand opening of the restaurant on Rosedale Highway. Sam Vonderheide and his children, Berkeley and Emery from Templeton, said their goal is to […] 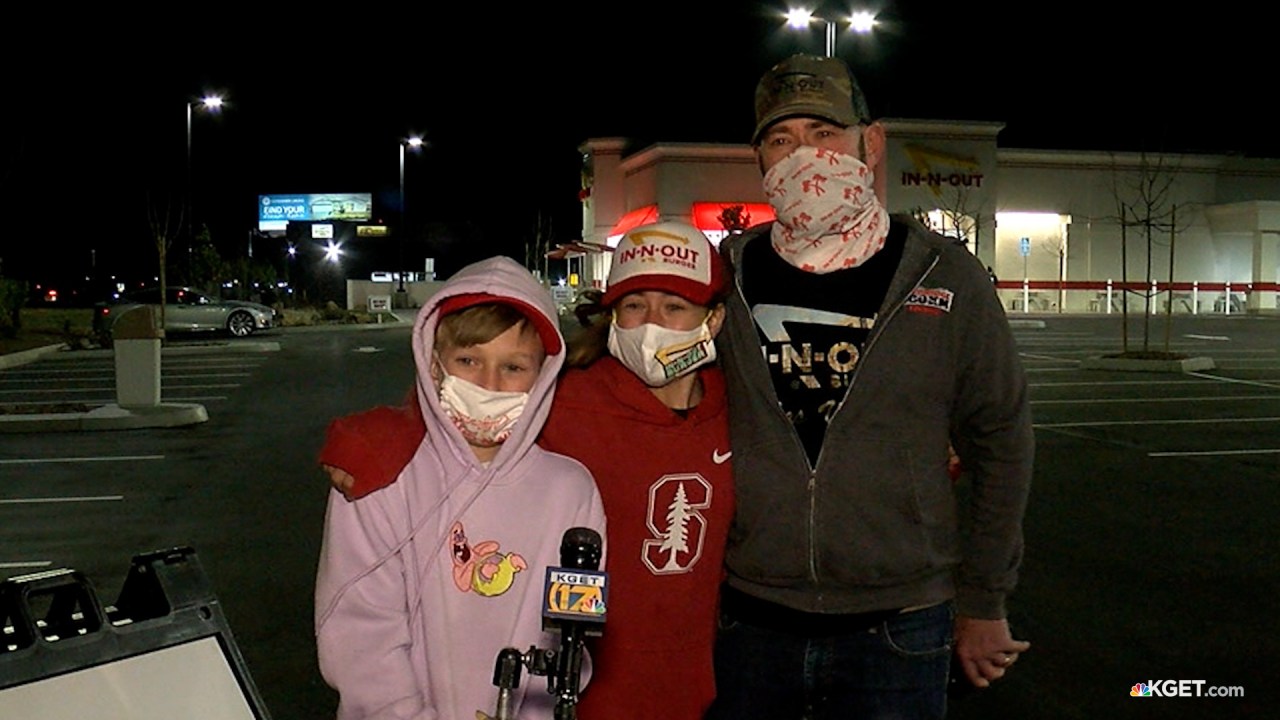