Republicans, all of whom supported the measure, said the plan was key to ensuring election integrity and preventing voter fraud, while Democrats and an Iron Range Independent lawmaker opposed the proposal and said it would bar some from having their votes counted. The bill is unlikely to gain traction in […]

Republicans, all of whom supported the measure, said the plan was key to ensuring election integrity and preventing voter fraud, while Democrats and an Iron Range Independent lawmaker opposed the proposal and said it would bar some from having their votes counted.

The bill is unlikely to gain traction in the House of Representatives where Democrats hold the majority. Lawmakers in that chamber have approved bills creating an automatic voter registration system and restoring the right to vote to people convicted of a felony who’ve served their prison sentence.

The plan would also make available free voter identification cards to those who don’t have another form of photo identification and can’t afford it. Under the Senate proposal, if someone went to vote without photo identification, they would cast a provisional ballot that would be held separately until the person can prove their identity or sign an affidavit.

Minnesota voters in 2012 defeated the proposal at the ballot. Currently, the state allows those who are legally eligible to vote the ability to cast a ballot on Election Day with photo identification, verification of their address, affirmation from a registered voter or housing facility employee or other documentation.

The bill’s supporters said passing the legislation could help prevent instances of fraudulent voting and boost public confidence in the state’s elections. There’s been no evidence of widespread voter fraud in Minnesota or elsewhere in the United States.

“We must try to convince those who have lost faith in the integrity of our election system that it is free, it is fair and that their vote counts,” the bill’s author Sen. Scott Newman, R-Hutchinson, said.

Opponents, meanwhile, said the proposal could make it harder for certain groups to vote and would bring down the state’s highest-in-the-nation voter participation rate.

“These bills all across the country have the effect of disenfranchising voters like Jim Crow laws of the past. Bills like this one primarily disenfranchise Black, brown, Indigenous, new American voters and the elderly, seniors, students, the disabled and LGBTQ communities,” Sen. Lindsey Port, D-Burnsville, said. “They’re powerful tools that work to keep communities from exercising the right to vote.”

Andrew Brown Jr. funeral: Family remembers his life and calls for justice in his death

Tue May 4 , 2021
The Rev. Al Sharpton, delivering the eulogy at Brown’s funeral, likened the authorities’ lack of transparency in Brown’s killing to a “shell game,” the classic street game that is secretly rigged against those participating. “I know a con game when I see it. Release the whole tape and let the […] 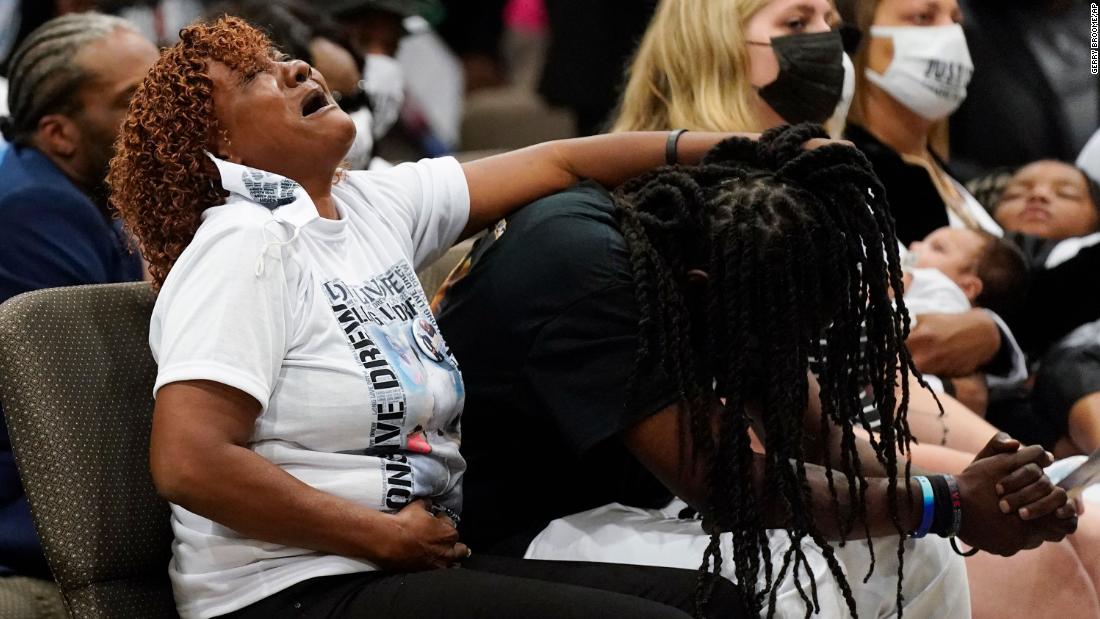